This Is How We Will Get to Mars 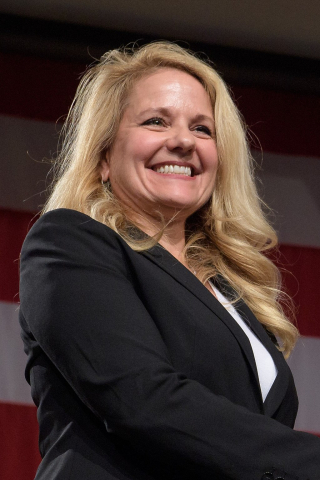 According to The New York Times, SpaceX has confirmed that it has fired employees who circulated an open letter critical of SpaceX's Dear Leader, Elon Musk.  The letter complained that Mr. Musk was a "frequent source of distraction and embarrassment."  It is not entirely clear what action the company was being asked to take in response.  A time out?  No screens?

Apparently, no earnest but perhaps not-thought-through strategy goes unpunished in a company run by the leading proponent of unbridled free speech and chaining workers to their desks.  The president and chief operating officer of SpaceX, Gwynne Shotwell (left), explained the decision to terminate the employees as follows:

The letter, solicitations and general process made employees feel uncomfortable, intimidated and bullied, and/or angry because the letter pressured them to sign onto something that did not reflect their views. . . .  We have too much critical work to accomplish and no need for this kind of overreaching activism.

She went on to encourage SpaceX's remaining employees to focus on their mission.  "This is how we will get to Mars," she implored them.  What a fantastic sentence!  It didn't even have an exclamation mark after it.  It's just an ordinary thing you say, like "That's how you get to the nearest Starbucks."  Exclamation points are for doubters.  For people who acknowledge that doubts are a thing.  I am going to incorporate that line into every pep talk I deliver to my students, and I'm not going to exclaim it; I'm just going to say it and walk away.

Ms. Shotwell has stated that SpaceX anticipates sending a manned crew to Mars by the end of the decade.  You might think that a bit ambitious, but that is not the sort of thinking that will get us to Mars.  Once SpaceX has sent a crew to Mars, she continued, "within five or six years, people will see that that will be a real place to go."  Yes, Mars.  A real place to go.  That is exactly what I will be thinking in 2035 or so.  Why should we have to wait that long, you might think?  Well, I assume, that after we get to Mars, we also have to be able to get back from Mars.  But frankly, come to think of it, Ms. Shotwell never said, "This is how we will get back from Mars."  And she's right to leave that part out.  If I ended my pep talks for my students with "This is how we will get back from Mars," that might confuse them and then they wouldn't be focused on our mission.

Commentary, In the News, Web/Tech | Permalink