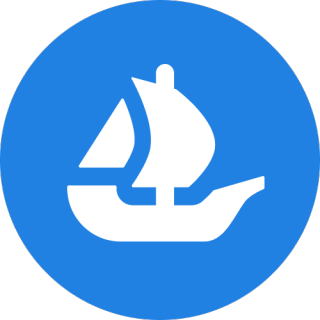 In the latest story taking a chink out of the armor of NFTs, the New York Times reports that a hacker exploited a flaw in OpenSea's platform to purchase an NFT of a Bored Ape.  The flaw reset the purchase price to a price from an earlier transaction involving the same NFT.  As a result, Chris Chapman's virtual object sold for $300,000, rather than the $1 million that he was seeking.  This is yet more evidence that this secure mode of exchange is not secure.

According to the Times, the glitch that allowed a hacker to make off with Mr. Chapman's ape has forced the company to pay out $6 million to NFT traders.  Mr. Chapman is still seeking compensation and reportedly rejected OpenSea's first offer of $30,000.  I'm not sure who holds the cards here.  NFT sales have dropped by 90 percent since September.  Can we hope for a day when Bored Apes are about as valuable as Beanie Babies?

But there's more.  There is a widespread problem of hackers using phishing scams to swipe NFTs.  You can listen to one such story here.  According to the Times, OpenSea has been slow to freeze the accounts of such hackers, allowing the platform to profit from trafficking in stolen goods, as OpenSea takes a 2.5% cut each time an NFT is sold on its site.

Still, the crypto enthusiasts howl, there is nothing safer or more secure than the blockchain.  It's an electronic ledger!  Surely a tool as boring as a ledger is too nerdy to become a tool for massive fraud.  And yet, the Times also reports that OpenSea is awash in "plagiarized" "art."  So, not secure, not reliable.  Why does every story about NFTs seem like it is, at best, only a few mouse clicks away from criminality?

I use scare quotes above because an NFT is just code.  Owning an NFT does not convey intellectual property rights, as Juliet Moringiello and Chris Odinet have explained.  Often, the NFT is a digital copy of an original object, and owning the NFT conveys no ownership of the original.  In this context, it is not clear what it means to call something "plagiarized," but I suppose what it means is that people generate fake NFTs of "valuable" NFTs and then sell them as if they were the "valuable" NFTs, and here the only problem is that NFTs should not be valuable.  Or, at least, the NFTs that are valuable, especially the Naked Ape series, are really bad art.  Hence "art."

OpenSea is trying to up its game.  It is freezing listings of stolen NFTs and screening for "plagiarized" content.  C'mon.  It's the Internet.  The NFT pirates will leave the open sea and find smooth sailing in a less regulated cove, inlet, or electronic bay.  And then OpenSea will lose its edge and there will be a new platform that will go through the same cycle and then the next and the next, until we all grow up or just grow tired and move on to the next thing.