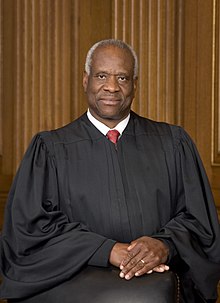 Still reeling from Justice Kagan's opinion for the unanimous Supreme Court last month limiting employers' ability to compel arbitration, such employers got hit again by another unanimous opinion (except that Justice Barrett was recused).  This time the author is Justice Thomas, in Southwest Airlines v. Saxon.  The issue was whether Saxon, a ramp supervisor for ❤️Southwest❤️, is exempt from arbitration provisions under § 1 of the Federal Arbitration Act (FAA).

According to § 1 of the FAA, workers who engage in foreign or interstate commerce are exempt from its provisions.  Ms. Saxon's employment "requires her to load and unload baggage, airmail, and commercial cargo on and off airplanes that travel across the country."  For that reason, the Court agreed with Ms. Saxon, and she cannot be compelled to arbitrate her claims.

The victory is a limited one.  Ms. Saxon argued that because airlines engage in interstate commerce, all airline employees should be covered under § 1.  The Court disagreed.  Whether a worker is covered depends on the conduct in which that worker is required to engage.  The Seventh Circuit had reserved judgment on whether Ms. Saxon, as a ramp supervisor, would be exempt had she been restricted to a supervisory role.  However, the Seventh Circuit ruled that she was exempt from the FAA because she was personally required to load and unload aircraft.  The Supreme Court agreed.  It's a pretty simple case.

Because of the new fashion for textualism, Justice Thomas could not reach that pretty obvious conclusion without consulting a dictionary.

The word “workers” directs the interpreter’s attention to “the performance of work.” Id., at ___ (slip op., at 10) (emphasis altered); see also Webster’s New International Dictionary 2350 (1922) (Webster’s) (worker: “One that works”); Funk & Wagnall’s New Standard Dictionary 2731 (1913) (worker: “One who or that which performs work”). Further, the word “engaged”—meaning “[o]ccupied,” “employed,” or “[i]nvolved,” Webster’s 725; see also, e.g., Black’s Law Dictionary 661 (3d ed. 1933) (defining “engage”)—similarly emphasizes the actual work that the members of the class, as a whole, typically carry out. Saxon is therefore a member of a “class of workers” based on what she does at Southwest, not what Southwest does generally.

Justice Thomas performed a similar service, resorting to dictionaries in rejecting an argument from ❤️Southwest❤️ that people who load cargo onto airplanes that fly between states are engaged in foreign or interstate commerce.  Yes, we need to look up "engaged" and "commerce," don't we?  Ugh.

The opinion provides an extended discussion of the ejusdem generis canon of construction, on which both sides relied.  This is perhaps not the best advertisement for the utility of the canons.  The Court rejects both sides' ejusdem generis arguments, and it's generally not great when both sides rely on the same canon, but perhaps Karl Llewellyn would have a good chuckle over it.

It was nice to see Justice Thomas picking up on a theme from Justice Kagan's opinion from last month.  In Concepcion and other cases, the Court relied on Congress's pro-arbitration purposes in giving expansive scope to employers' and vendors' abilities to impose mandatory arbitration on workers and consumers.   In Morgan v. Sundance, Justice Kagan stressed that Congress's pro-arbitration purposes extends only far enough to make arbitration provisions every bit as enforceable as other contractual provisions, but no more so.  Justice Thomas will not construe ambiguous language in the FAA to favor arbitration:

[W]e are not “free to pave over bumpy statutory texts in the name of more expeditiously advancing a policy goal.” New Prime, 586 U. S., at ___ (slip op., at 14). Here, §1’s plain text suffices to show that airplane cargo loaders are exempt from the FAA’s scope, and we have no warrant to elevate vague invocations of statutory purpose over the words Congress chose.

Still confused about how class-action waivers fit into all of this, but that is a matter for another time.

This case could have afforded  the perfect opportunity for a one-paragraph opinion, consisting of Justice Thomas's conclusion:

Latrice Saxon frequently loads and unloads cargo on and off airplanes that travel in interstate commerce. She therefore belongs to a “class of workers engaged in foreign or interstate commerce” to which §1’s exemption applies. Accordingly, we affirm the judgment of the Court of Appeals.

What more is there to say, really?

Well, I'm glad ❤️Southwest❤️ lost, and I'm a bit disappointed in them for even trying to argue that § 1 should not apply to people who load cargo.  But I still ❤️ Southwest.  No fees for bags, no fees for changes, a sense of humor about itself, but most of all, a classless society.

I hope the reader found this blog post persuasive despite the fact that no dictionaries were consulted in its composition.