A Dose of Reality about Reality Television 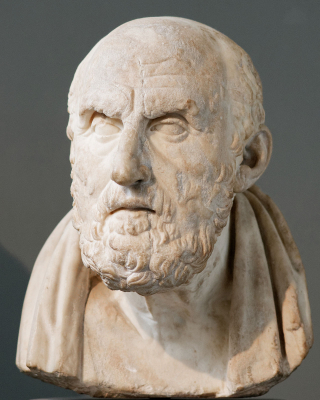 Every time I am in the gym, at least one of the television monitors is showing a show about home remodeling.  This is a disease.  I believe a steady dose of Stoic, or even Epicurean, philosophy might be a cure.  Or perhaps some Eastern philosophy.  Wanting material things is not the way to happiness.  These television shows encourage us to want things that we likely will not get or to want things better than what we currently have.  I prefer the life of the Cynic.  Better to be satisfied with some water and a pot of lentils.  This blog is my pot of lentils, but if I were to be stripped of it, I should make my way through life as an ordinary contracts prof.

But I could be wrong about much of this (add Skepticism to the mix).  Still, as recounted in The New York Times, there are worse things than unfulfilled fantasies of white oak cabinetry, soapstone counters, a black slate backsplash, and a glass-enclosed shower, or a renovation that makes it possible to flip a house and make some money.  Increasingly, participants in home renovation shows are suing production companies, alleging "fraud, misrepresentation and faulty workmanship," which leave homeowners with properties "riddled with code violations as well as safety and health hazards."  We will never know the true extent of these problems, because all of these transactions are covered by sweeping non-disclosure agreements (NDAs).  If you think NDAs are a good thing, I recommend watching Hulu's The Dropout.

On television, we see a couple meeting with some construction experts.  They discuss various options, and the couple's excitement increases as they begin to imagine their home re-made.  Then we see early scenes of demolition, usually played for comic effect, as the homeowners struggle to wield a sledgehammer, but sometimes played for dramatic effect, as when the homeowners discover mold behind some boards.  Next comes the transformation, with the homeowners conveniently out of the way.  Finally, there is the reveal, at which the homeowners flip cartwheels or engage in otherwise conspicuous displays of joy and gratitude.  I mean, it's the gym, so the sound is off, but my impression is that these shows are about as formulaic as Dora the Explorer and Blues Clues.

In reality, the narrative is similarly fixed.  The homeowners now claim that they were dissatisfied with the remodel, but they were contractually obligated to go through with the shoot.  At this point, of course, the production company has them over the barrel.  They were awarded a discount on labor and materials and had the advice of experts, but those baubles can be removed at the first sign of contractual breach.  Then comes the lawsuit brought by the homeowners, alleging fraud and breach of contract, followed by the predictable counter-suit for breach of the NDA.  The homeowners now claim that they were given very little time to review the contract and that its terms contradict things that they were told.

According to the Times, the scope of the NDAs can be extremely broad:

Nearly all contestants are required, when signing onto a program, to agree to a strict waiver that prevents them from speaking to the press or posting on social media, about not just the show itself, but also, according to one waiver reviewed by The New York Times, “any nonpublic information or trade secrets obtained or learned in connection with the program.”

Disputes between contractors and homeowners are not rare.  In one case that is a focus of the Times story, Nevada has a process for resolving them short of litigation.  The reality television shows weight the scales in favor of the contractors, however, because pursuing litigation now comes with the added threat of a countersuit for violation of the NDA.  And in some cases, the homeowners face claims not only for violation of the NDA, but for libel, slander, and product disparagement.