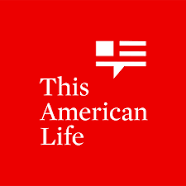 This American Life (TAL) is to podcasts what the U.S. Constitution is to modern constitutions.  It's the mother of invention.  Actually, that comparison is a little unfair to TAL.  TAL is still fresh and new.  Perhaps that's because its James Madison is Ira Glass (whose high school senior picture is shown below right because that's the only public domain picture I could find, and it's pretty funny).   Ira is still in charge, and he makes sure every episode is consistent with the shows original premise.

So what group is better situated than TAL to tell the story of one of the earliest NFT's?

Episode 769, The Reluctant Explorer, features Ken, who created a website called PixelMap.  People could go on PixelMap, buy one or more of the 4000 16 x 16 tiles, and decorate them.  Twenty or thirty people did so, and then, after a few years, Ken shut down PixelMap and moved on to another project, like his 3D printer that he used to create  . . .  a better 3D printer. 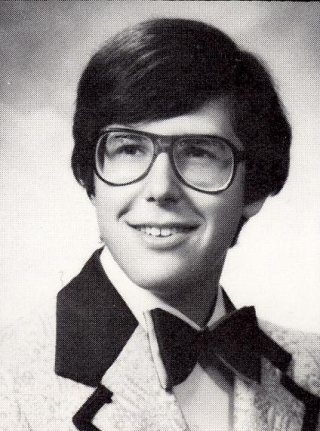 Along comes a mysterious stranger named Adam who persuades Ken to revive the site and to sell the tiles, which are actually some of the oldest NFTs in existence.  There are NFT enthusiasts, who call themselves "Apes" for reasons that are  perhaps obvious if you have dipped a toe in the NFT world, who will pay a lot of money for vintage (circa 2015) NFTs.

The tiles are a huge hit.  Adam persuaded Ken to drop the price of each tile, but they very quickly began selling for prices in excess of their original price, which was 2 Ethereum, then worth about $6000.  Originally Adam told Ken he could make perhaps $100,000.  In the end, Ken made several million, and he held onto 900 tiles.  He sent Adam a $500,000 tip.

Ken had been living his life, working for Amazon, making little inventions for his own enjoyment.  He was, to use the Capuchin monkey analogy, happily eating his cucumbers.  Now, two days after he first interacted with Adam, he became a millionaire.  He immediately became obsessed with the idea that Adam was eating grapes and he was still eating cucumbers.  Why had Adam convinced him to lower the price of his tiles?  Who was behind the bot that had bought 1000 tiles?  Was Adam engaged in a massive pump and dump operation?

Listen to the episode to get all the answers.  In the end, NFT traders are not as evil as Ken originally thinks.  Indeed, Ken goes from thinking NFTs are evil to devoting all of his time to trading in them.  Ken has quit his job, but now he works harder than ever on PixelMap.  As this exchange with TAL's host Ira Glass illustrates, NFTs have not only brought Ken fabulous wealth; they have also given him something priceless: self-knowledge:

I feel like you're in this weird situation where most of your working life, you were actually doing things and developing code for big companies, Amazon and Snapchat, and people would use the code, like, it would do stuff all over the world. And then this thing that you build that's completely useless--

I hate you. I'm just playing

--that doesn't contribute to society really--

No, what you don't realize is I have been contributing to pointless causes my entire career. So when I worked at Salesforce, it was to help make sure that on Black Friday, you get spam emails from like, Best Buy and every other company. And that's like--

So are you saying this idea of before you were a productive, contributing member of society is ridiculous[]?

I'm saying I was never a productive member.

My wife once opened a fortune cookie, and the message read, "One day you will realize how futile your life has been."  That insight seemed unearned coming from a cookie.  But Ken seems to have gained a real perspective on his own life.  Upside, he got to say "I hate you" to Ira Glass.  Who does that?  What's next on your bucket list, Ken?  Saying "I hate you" to Dolly Parton?

Ken now views the world of NFTs as a casino in which everybody knows that there are no rules and so it's a level play field.  Ken estimates that 99% of NFTs are worthless junk.  Even NFT enthusiasts basically concur, with estimates of the junk NFT percentage ranging from 90-99+%.  Interest in NFTs can explode and then dissipate.  Few retain any value, but so long as everybody knows the rules, what's the harm?  So says Ken, who didn't know the rules when he started.

There's a new Ken born every minute, and so NFT trading will continue.