Teaching Assistants: The Battle of the Contracts Law Titans over the "Eisenberg Uncertainty Principle"

This is the eighth in a series of posts on Victor Goldberg's work.  Today's post is about Chapter 11 of his book, Rethinking Contract Law and Contract Design (RCL).  Links to related posts follow this one. 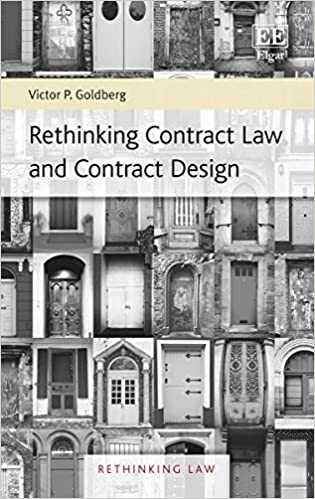 According to Professor Goldberg, Professor Eisenberg proposes a "beefed-up" excuse doctrine through two tests relating to remote risks: the shared-assumption test, which permits excuse when the parties shared a tacit assumption  about some low-probability event, and the bounded-risk test, which allows for excuse when a change in prices leaves a promisor with a loss significantly greater than could have ben expected (RCL, 137).  Professor Goldberg's assessment is that the shared-assumption test would be hard to apply and that the bounded-risk test is fundamentally wrong (RCL, 138).

The analysis of the shared-assumption test begins with an illuminating discussion of the insurance market relevant to the classic frustration-of-purpose case, Krell v. Henry.  Krell sought to recover £50 owed under a contract to rent rooms with a view of the parade commemorating the coronation of Edward VII.  Due to the King's illness, the coronation did not take place.  The court found that the non-occurrence of the coronation parade frustrated Henry's purpose in leasing the flat and thus excused him from his contractual obligation to pay. 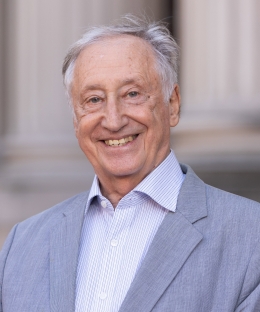 In Professor Eisenberg's language, the coronation parade was a shared tacit assumption, the non-occurrence of which excused performance.  But Professor Goldberg points out (quite wittily) that "[t]he likelihood that a 60-year-old, grossly overweight, heavy smoker, who had been the target of at least one assassination attempt might be unavailable was not trivial."  In fact, there was an active insurance market related to the coronation, and Lloyds was quoting odds of 300-1 against cancellation.  That cancellation was not an event that could not have been foreseen and against which the parties could not have protected themselves (RCL, 139-43).

Professor Goldberg next discusses Taylor v. Caldwell, the first English case to recognize the doctrine of impossibility, a doctrine expanded in Krell v. Henry.  There is not much to be said here.  Taylor establishes a default rule for when a venue is destroyed and performance is therefore impossible.  Default rules are not that important, because parties routinely contract around them.  Today, parties allocate risks with express contractual language.  We learn, for example, that Paula Abdul's contract provides that she gets paid whether or not she performs, so long as she is not at fault.  Rod Stewart's contract was a bit more involved, leading to a decade of litigation.   The point is not that unexpected events should never excuse performance; rather, Professor Goldberg maintains that the cases on which Professor Eisenberg relies would fail under his test, because the events that occurred were not unforeseen, and thus Professor Eisenberg's theory cannot provide the basis for the default rule (RCL, 144-45). 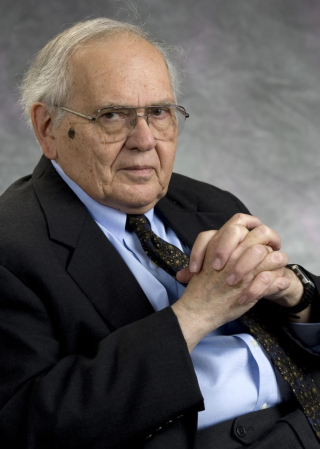 In his response, Professor Eisenberg clarifies that the shared assumption test is not about the parties' inability to foresee remote risks.  The could see the risks, but in actuality they don't -- or at least, they do not address those risks in the contract.  His test does not turn on whether the parties should have foreseen the risk; it turns on their tacit shared assumptions, regardless of foreseeability: "But reasonable foreseeability normally should be only an index, not the test. The test should be what the parties tacitly assumed (Eisenberg 2009, 216).  From this perspective, Krell v. Henry was not wrongly decided, as Professor Goldberg argues.  Yes, the cancellation of the coronation parade was foreseeable, but Krell and Henry did not foresee it.

I found this post very interesting—thanks for writing. I always enjoy reading about the coronation cases; I agree that Alcoa is an outlier with more currency in first year contract classes than the courtroom. The professors are debating issues that are on the front burner in the COVID-19 pandemic cases, and their insights here are astute and pertinent to cases even handed down this week. It would be interesting to see their thoughts on the avalanche of COVID-19 “unexpected circumstance” cases that are still pouring in. These cases are no longer confined to the New York commercial leasing market epicenter; they are coming from everywhere now. These seem to me to be great teaching vehicles because unlike the typical force majeure case that involves an event that occurred years ago and half-a-world away, the entire world shares the same context about the pandemic and the government closures. (Still waiting for the UCC impracticability cases re: supply chain disruptions—the fact that we haven’t seen a bunch of those is a testament to the resiliency of the supply chain, and the sophistication of modern procurement practices to avoid sole sources, etc.) Despite my familiarity with this area of the law prior to the pandemic, these cases have been eye-opening because they underscore how terribly difficult it is to be excused of contractual obligations (especially under New York law). The overwhelming majority of cases have refused to excuse performance in the pandemic “unexpected circumstances” cases.

In case after case after case, the pandemic courts scour the contract—not just the force majeure provision—to discern the parties’ intentions as to whether they’ve allocated the risk. If so, the courts almost always honor that intention, extra-contractual defenses are not considered, and the defense fails. Often, the contract expressly spells out the parties’ intent not to excuse certain performances despite a force majeure event. For example: a mountain of cases involve leases saying that a party is not excused from making rent or other payments when the contract expressly says that such obligation is not excused by a force majeure event. In other cases, the contract does not clearly spell out whether the parties intended to allocate the risk, so courts must discern their intention from a reasonable reading of the contract’s terms—good luck to the party seeking to be excused in those cases.

The most interesting COVID frustration cases are those where the tenant cannot use the space for the sole purpose allowed by the lease. Most courts have excused performance but some strain to find a contractual allocation of the risk that does not allow it. The cases generally—with some important exceptions--have not excused performance for temporary or partial disruptions/shutdowns. The pandemic “unexpected circumstances” cases include all manner of causation and foreseeability disputes--where contracts were entered into after the pandemic had started, or where the pandemic was improperly used as a pretext to be excused from performance.

We've been tracking these cases in the context of students suing their universities, business interruption insurance claims, and some cases involving cancelled events. Overall, what we have found confirms your sense that it is hard to win on excuse in most cases, although the universities do well by just denying any contractual obligation or unjust enrichment.

My home state of Oklahoma may go the other way on the insurance cases. There are currently cases pending before our Supreme Court, and I've got a student doing an independent research project on the subject. Stay tuned!