I floated a theory that the auction house had given a warranty when it advertised the ball as follows:

If there is any item in the field of sports collectibles that needs no embellishment, it is this historic piece: the final touchdown ball of Tom Brady’s career. 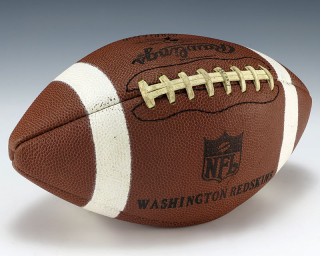 Most people who responded to the post were unpersuaded.  Everybody knows, the reasoning went, that players return from retirement.  The buyer assumed the risk.

I stuck to my guns.  That assumption of risk might matter for a mutual mistake analysis, but here the seller made a choice.  It advertised the football as "the final touchdown ball of Tom Brady’s career."  Having sold the football on that basis, I think it was bound by its words.

Friend of the blog John Wladis set me straight in an e-mail exchange that I quote below with his permission.  He began by providing a doctrinal name for my interlocutors' instincts:

I do think that there is a warranty by description given by S.  That warranty is a representation that the ball being sold is B's last touchdown pass as of the sale date.

Representation warranties speak to the past & present.  So long as the ball satisfies the sale description as of the time of the sale, the warranty is made and not breached.

Promissory warranties speak to the future.  In such a warranty seller is warranting both that the ball satisfies the warranty and time of sale and for some (presumably) reasonable time into the future.

What is the likelihood that a warranty that this is the last touchdown pass was a promissory warranty?  Not likely because seller has no control over Brady's actions.  Would a reasonable buyer expect that seller was warranting that Brady would not un-retire and throw no more touchdown pass.  I think not.

Seller could undertake to warrant that but the language would need to be much clearer on this point than the description in question.

This distinction between representation and promissory warranties was new to me.  I had to concede that Professor Wladis's explanation persuaded me that I was likely wrong about the warranty issue as a matter of law.  But, I objected, I still don't like it as a matter of policy.

While I concede to the law as experience, I have two objections to its logic.  First, I don't think an ordinary buyer should be charged with knowledge of the distinction between representation and promissory warranties.  As I indicated before, I think that when a seller makes a representation, it is bound by that representation, and in the this instance, the seller's representation was incautious.  Second, sellers warrant things over which they have no control all the time.  Future events are just a sub-category of things over which sellers have no control.  Sellers routinely sell goods that they believe to be merchantable knowing that, because of some latent defect or undiscovered design flaw, the goods may become unmerchantable in the future.

The representation / promissory warranty terminology is my own and inartful.  I withdraw the distinction for one that is more apt which I’ll now describe.

First some preliminary points: All warranties warrant seller’s performance.  When contract formation and delivery are not concurrent, a warranty is promissory in the sense that it is seller’s promise that its performance will satisfy the warranty.

The real question (and the one at issue in the football hypo) is whether the warranty promises that the goods will conform to the warranty at the time of delivery or whether the promise extends beyond that time (2-725(2)) calls these as extending to future performance, such as warranting the goods to be “free from defects for one year after purchase.”)

Is the description “Brady’s last touchdown pass” a warranty that the football will conform to the warranty at the time of delivery or until some reasonable time after delivery?

I think the resolution depends on the parties’ intent and that is not free from doubt.  I do think the stronger view is that the description is a warranty that the football will conform at the time of delivery.  The football does conform at that time.  Hence, buyer takes the loss in value when Brady unretires.

Why do I favor that view?  The hypo seems akin to risk of loss, the concept that applies when the goods are damaged or destroyed through no fault of either party.  Generally [2-509(3)] risk of loss passes upon tender of delivery.  Someone must take the loss.  Art 2 lets the loss fall on the party who initially suffered it unless there is a good reason to shift it (such as fault or breach).

Consider also that the normal measure of damages for breach of warranty is the difference between the actual value of the goods and the value that the goods would have had at the time of acceptance; 2-714(2).

That seems to make the most sense.  If the risk of Brady unretiring extends beyond delivery for some reasonable time, the half-million dollar price in seller’s hands is “tied up” until the expiration of that reasonable time.   This seems inefficient and productive of litigation over what is a reasonable time. . . .

Your latent defect point is well taken but, I think, distinguishable from the football hypo.  A latent defect exists at the time of delivery. The latent defect breaches the warranty then though no one knows that then.

Ultimately, it is a question of the parties’ intent subject to the usual rules for ascertaining that intent.  I think that seller could warrant, in effect, that Brady will stay retired but I think clearer language is needed to do that or a custom that sellers of sports collectables routinely take back merchandise when events subsequent to the sale cause a decline in value.

If you have a case or treatise suggesting that a warranty covers events that occur after the sale, I’d be interested in looking at that.

Of course, I've got nothing, but perhaps some reader can help me out.

There are some uncertainties here.  I'm not entirely sure who the seller is in this instance.  Is it the fan who put the football up for auction or the auction house?  The latter would be a merchant, and then under § 2-509(3), risk of loss transfers upon receipt of the goods.  Mr. Brady announced his "unretirement" roughly 24 hours after the football was sold.  It seems to me unlikely that the football was delivered to the buyer that quickly, in which case risk of loss would not have transferred to the buyer at the time that the fateful news became public.  On the other hand, at that moment, the ball still was Mr. Brady's last touchdown football, and it will so remain until the first game of the new season at least.

About this Blog, Commentary, Contract Profs, Current Affairs, In the News, Sports | Permalink

Are you and John changing the facts in a significant way by using "last" and "final" interchangeably? I can see the merits in interpreting "last" to mean the last one as of the date of the agreement. But "final" can more easily be interpreted to mean that this football will never be eclipsed by a later one that Brady throws for a touchdown during his career in the NFL. If it's true that a player can always return from retirement, that simply supports the idea that his career is not definitively set as of the time of the contract, and we've yet to see whether the seller's warranty will hold up, just as it might be years before we see whether a factory machine warranted for 20 years lives up to that promise. (Or at least it seems to me that this question is open to debate and that your warranty theory is at least arguable.)

Thanks, Charles, for stressing the subtle but important difference between "last" and "final." I don't know that John and others who would have the buyer bear the risk will be convinced, but this seems to me another reason to treat seller as having given a warranty.

FWIW, not much probably, I tend to side with Prof. Telman. The auction house could have just described the football completely factually without getting into gratuitous representations. For example, it could have said something like "the last touchdown football Brady threw before announcing his retirement." But instead the auction house chose to go the extra yard (SWIDT?) and make the representation. So, gratuitous or not, it now has to live with it and the negative consequences.