It was 2 AM when K awoke out of unruly dreams and found himself thinking about Wordle. He lay in bed, his mind uselessly racing about the tasks of the day like a dung beetle careening aimlessly against the walls of a small cell. K grabbed his phone.

"This is what I've been reduced to," he thought. I'll play Wordle. That will relax me so that I can get back to asleep. K entered a variation of his usual opening gambit. One green; two yellow. "A nice start!" K congratulated himself. "I shall make quick work of this!"

A word occurred to him. It was simply a matter of sliding the two yellow letters over one space to the left, and the one, obviously correct choice magically slid its way into his consciousness. K felt giddy as he typed in the letters. His heart raced. "This is not good," he chided himself. "I will be very excited to solve it on the second guess. I've never been able to do that before.  I’ll never get back to sleep if I can do that."  He exhaled slowly to slacken his pulse and hit enter.

One green; two yellow. K's brow furrowed. He was mildly relieved, but he was also annoyed at the puzzle and at himself. "Hubris!" he berated himself, actually hissing the word under his breath so as not to awaken other family members. This was typical of him. He tended to exaggerate his own capabilities. His parents had remarked upon it from his youth, and in adulthood, so had his co-workers and supervisors. "You get ahead of yourself, K," his supervisor had said only the past week. "Remember, slow and steady wins the race." K silently cursed his supervisor, a narrow fellow with limited prospects.  But in this instance, K also knew that his supervisor's rebuke was mild compared to what K deserved.

K stared at the puzzle. No words came to mind. He looked at the available letters. Unpromising recruits all. He returned to the letters he had to work with.  Was there some mistake?  Why had the puzzle rejected his earlier guess?  There was no way to make a word if the letters could not be in their current positions or in the positions he had ventured in his first attempt. 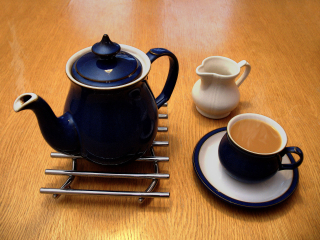 “Wait a tick,” K thought.  When he had googled “Wordle” to get to the puzzle, hadn’t he seen a link called “Why your Wordle streak will end today”?  Was this some devilish puzzle with no vowels?  Or using the same vowel thrice?  Isn’t the creator of Wordle a Brit?  Was the answer today some obscure Britishism like bollocks or chuffed or knackered?  Too long.  Cuppa?  K felt the anger towards all people with posh accents rising in his chest.  All thoughts of a return to sleep had been vanquished.

K wanted to give up on the puzzle and go back to sleep.  But what happened if he stopped?  What if his phone died in the night?  Would Wordle close?  Would his streak end?  Is there a time limit on the game?  If you can’t guess the answer in four hours, do you lose?  He adjusted his position and looked at the letters again.  Despicable malingerers.  K had used all the good letters.  The remaining letters were all poseurs.  They could accomplish nothing without the lovely letters that the puzzle had rejected.  No.  That was unfair.  These letters had their uses.  K himself had used them repeatedly.  But there was no way to fit them into the spaces left in the puzzle while still using the green letter and the two yellow letters.  None at all.

Perhaps the problem was not the letters.  Was this it at last?  K was by no means old, but was this how senility begins?  Words that used to offer themselves willingly now hide in strange corners, just out of reach.  Just yesterday, K had been able to solve the puzzle in three guesses.  Where was that spark now?  K began to substitute loathing for yesterday’s K for his prior loathing of the Brits.  He bore down; looked at the letters again.

Nope.  Nothing.  He was retreading the path.  Going over combinations he had tried before and rejected.  Two paths diverged in a yellow wood, and K took the same one over and over again until he starved to death.  He started typing in combinations that he knew were not words in the hope that the puzzle might take them and, at the very least, help him eliminate some of these feckless letters. Certainly there were no words that would come to his aid.  Finally, in desperation, K created a word with his one green letter and four new letters, abandoning any hope of finding the right place for his two yellow letters.

“You’re pathetic,” he told himself, all the while expecting the puzzle to reward him with two new green letters that would magically reveal the mystery that had somehow eluded his baffled understanding.  Nothing.  Grey upon grey.

K felt trapped.  He could not complete the puzzle; he could not sleep.  He drearily regarded the remaining available letters.  Miscreants all!  He would banish them all from the kingdom of his vocabulary.  Better still, he would live the rest of his life as a mute rather than allow any of the sounds associated with these letters to escape his lips.  He would go through his library and black out all of those letters from his books.  He would, he would . . . .  Wait a minute. 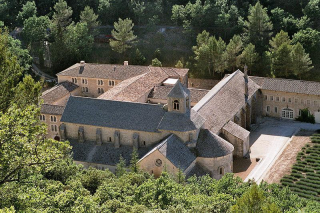 Suddenly, K saw a possible solution to the puzzle.  He typed it in.  It looked fantastical dancing on his phone’s screen in the darkness.  Could this work?  He checked the rows above this savior of the world.  It all checked out.  He hit enter with the grimness of a man triggering the descent of the blade on the guillotine into which he had just introduced his neck.

With grim satisfaction, K returned his phone to his nightstand.  In the morning, he would tell his supervisor where to stick it.   4/6.  Probably nobody else on earth had solved this puzzle, but K had!  In only four guesses!  He had suffered long enough among mediocrities incapable of appreciating his insight, his wit, his bold creativity.  Yes, yes.  In the morning, he would be recognized for . . . all . . . his . . . worth, for . . . all . . . his . . . pizazzzzzzzzzzzzzzzzzzzz. . .  [snore].

Jeremy, thanks for news of Wordle. i really like the search logic it demands. i got my first one in five guesses. Etaoin shrdlu!

The secret word is "Kafka."