Prince Andrew and the Awesome Power of Contracts Law 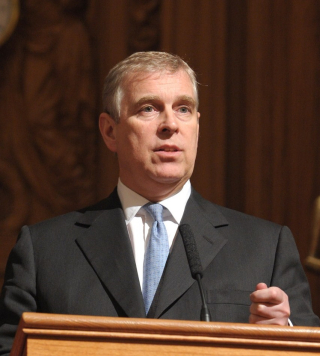 Image by Titanic Belfast, CC BY 2.0 , via Wikimedia Commons

Here's the problem about writing about the British Royal Family.  If you are someone who cares about the Royals, you know approximately 1.7 million times more about them than I do.  If you don't care about the Royals, nothing in the post will be of the slightest interest to you.  And yet, there is a big story out there; contracts law is at the center of it.  I am somewhat compulsive.  Sigh.  Here we go.

Earlier this month, Sid DeLong posted about the argument that Virginia Roberts Giuffre's suit against Prince Andrew alleging sex trafficking should be dismissed based on a Settlement Agreement and Release that she entered. into with Jeffrey Epstein in 2009. Last week, Judge Lewis Kaplan denied Prince Andrew's motion to dismiss in a 46-page opinion.  In that opinion, Judge Kaplan carefully considers whether Prince Andrew was among the defendants whom the parties intended to release or whether he is a third-party beneficiary of the Agreement.  At this point in the litigation, Judge Kaplan concluded, it is too early to rule definitively on either argument.  Judge Kaplan also rejects the so-called "Dershowitz argument."  That is, because Ms. Giuffre dismissed her claims against Mr. Dershowitz when the Agreement was raised as a potential defense, the same result should obtain here.  Judge Kaplan avoided speculating on why the Release might be helpful to Mr. Dershowitz but insisted in any case to consider independently the Release's applicability to every potential defendant.

There is more to the opinion, but the rest of it does not really touch on contracts law or the law of third-party beneficiaries, so we will leave it to others to expound.  What interests us for now is the Crown's response to this opinion.

As Dan Bilefsky of The New York Times reports here, that response was "quick and punishing." Upon learning of Judge Kaplan's decision, Buckingham Palace issued a statement.  It reads, in full:

With The Queen's approval and agreement, The Duke of York’s military affiliations and Royal patronages have been returned to The Queen.

The Duke of York will continue not to undertake any public duties and is defending this case as a private citizen.

He may no longer use the honorific "His Royal Highness," and he had to surrender his military titles.  The BBC, perhaps a more reliable source on this subject, clarifies, "Like Harry and Meghan, Prince Andrew retains his title HRH but will not use it in any official capacity."  I'll assume you all know to which "Harry and Meghan" the BBC refers, and I will leave it at that.

I'm not going to belabor the point because, as you noted, the court effectively punted on the contract issues for now. But I will just say, I don't agree with the opinion that "potential defendant" and "defendant" effectively mean the same thing. In my view, the former is clearly broader than the latter. But, as the court mentioned, the parties have apparently been treating them as interchangeable. And I don't blame the court for deferring to that consensus instead of creating a dispute where none exists.