Recently, a friend recommended that I listen to a story at the start of this Advisory Opinions podcast.  I don't want to ruin the story, I've put it below the fold.   If you want to listen, it just takes up the first two or three minutes of the podcast, which I do not otherwise recommend.

I bring up the story in this context because I recently was conversing with a neighbor who had various criticisms of Dr. Fauci.  Among Dr. Fauci's misdeeds, according to my neighbor, is that he is the highest-paid employee of the federal government.  It's true.  According to Forbes, Dr. Fauci's annual compensation is now over $400,000, and in the decade between 2010 and 2019, he earned $3.6 million.  Okay, so let's use football coaches' salaries to put that in perspective.

First, according to the New York Times, Louisiana State University (LSU), a public institution, is paying its new coach $9 million/year.  That is well over twice what Dr. Fauci made over ten years.  At the same time, it is paying its former coach $17 million to step aside, so that former coach will be paid nearly five times what Dr. Fauci made over ten years, and he will make it for doing precisely nothing.

Second, and this is crucial, Dr. Fauci is the highest paid federal employee because people who understand his role (that is, not Senator Rand Paul), know that he is an incredibly dedicated, effective public servant who has provided unparalleled leadership since the AIDS crisis.  If Dr. Fauci were to leave public service and work in the for-profit bio-tech sector, he could easily command salaries akin to what we pay corporate executives in those fields -- that is, many multiples of what he makes as a public servant.  Before one criticizes Dr. Fauci for making $400,000 a year, consider that the opportunity cost for him to do so by working as public employee is likely $1-2 million/year.

LSU's new coach, on the other hand, is guaranteed a bonus of $500,000 if LSU manages to win half its games, which would be a pretty unimpressive accomplishment for a team that has won three national championships since 2003.  That's right, on top of his salary, which is already twenty-two times higher than Dr. Fauci's, LSU's coach will get a bonus in excess of Dr. Fauci's salary if the team underperforms during his first year as badly as it did this year.

For my money, an Anthony Fauci is worth more than the best football coach in the country.  For my money, investing in great scientists who can guide our country through catastrophic health crises makes more sense than investing in men who can win college football games.  I would also venture to guess that the secondary effects of investing in science, in terms of gains in useful knowledge that can be applied to future medical challenges, greatly outweigh the benefits of having a successful college football team in the state.   As this story from the Guardian makes clear, most college sports programs operate at a loss.  Mad about the high tuition and fees you are paying for your child's education at a public university?  Maybe you should talk to your legislators about the high costs of college sports programs.  And those costs could be cut very easily if every state paid its coaching staff a decent but not excessive wage.  Salaries in line with what full professors in competitive fields like, law, business, medicine, or engineering, seem about right to me.  University presidents are also absurdly overcompensated, given that they take on no downside risk, but that can be a subject for some other post.

And since anybody who disagrees with me probably stopped reading a long time ago, let me add that the United States is the only country in the world that operates this way, and it is wholly irrational.  Universities are primarily about education and research.  Young people who are primarily interested in athletics can pursue that dream through developmental leagues, like the rest of the world has.  Teams in those leagues could be located in or near college towns, and universities that want to create a connection between the teams and their institutions can offer scholarships to the athletes who play on those teams.  Those students may have to attend part-time, as athletics is their day job.  Still, universities could provide support so that those students can succeed either as athletes, or as students, or as both, if they have the requisite aptitudes in both areas.  Given that very few students athletes become professional athletes, and professional athletic careers are very short on average, very little is lost if students choose to try their luck in the lottery of professional sports and then pursue college eduction at the age of 25 or 29.

Podcast host Sarah Isgur recounts that she was eating at a restaurant in Washington, D.C. when a friend was suddenly taken ill.  He collapsed, and Sarah performed the classic function that we all know from television and movies. She shouted, "Is anyone here a doctor?"  It was Washington, D.C., so the assembled attorneys and functionaries continued to tuck into their farm-sourced meats served over quinoa with a side of curated greens.  But one doctor came over and did exactly what a doctor is supposed to do.  He tended to the patient, reassured his companions, assessed the situation and gave a detailed report to the paramedics when they arrived.

And that everyday hero was none other than Dr. Anthony Fauci. 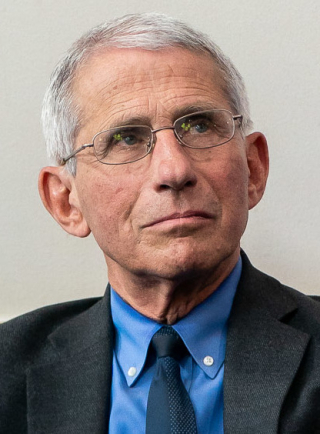 I know that people have their feelings and thoughts about Anthony Fauci, but in that moment… Anthony Fauci was fabulous!

The story doesn't work for me, because I find it 100% unsurprising that Dr. Fauci was fabulous.  I mean, it sort of works.  It's nice when you run into President Carter, hammer in hand, at a Habitat for Humanity project.  It is nice when public figures are exactly what you'd expect them to be.  But the big reveal doesn't work the way Sarah apparently thinks it would.

Sarah, her mind polluted with venomous nonsense about a great public servant, thinks her story has something of this flavor to it:

And you'll never guess who that person was who saved that village from the murderous hordes? It was none ever than Atilla the Hun! Yes, he's still a dastardly villain, but on that one day, in that one instance, he was a real mensch.

She and her core listeners find her story shocking.  I do not.