Google Sued for Being Evil

On Monday, NPR reported here on a lawsuit brought by three former employees, all software engineers, who organized workers at Google to protest Google's work for the  U.S. Customs and Border Protection during the Trump administration.  That work, the employees claimed and claim, was evil and violated Google's motto, "Don't be evil." Google eventually fired the plaintiffs and one other employee, alleging that they had accessed and leaked confidential documents, an allegation the plaintiffs deny.

The case is reminiscent of other suits brought against corporate giants.  In 2017, Nike employees alleged that the company was missing opportunities to "Just do it."  There was a day this year when Facebook was down, and employees sued corporate leadership because the website was "moving slow and not really breaking anything for the moment."  Back in the 1960s, Volkswagen got into a lot of trouble for thinking big.

But according to the complaint, "Don't be evil" is not just a motto.  It is part of Google's Code of Conduct and incorporated by reference into its employment contracts.  Plaintiffs allege that they were contractually obligated to protest when Google or its employees violated the motto.  They did so, and the company retaliated.  If one is inclined to invest contracts law with moral weight, one might say that what Google did was evil.  For plaintiffs' purposes and ours, it's enough if it was a breach of Google's contractual obligations.  Moral philosophers and theologians can ponder the rest.

The key provision from the Code of Conduct reads as follows:

So please do read the Code, and follow it, always bearing in mind that each of us has a personal responsibility to incorporate. and to encourage other Googlers to incorporate, the principles of the Code into our work. - And if you have a question or ever think that one of your fellow Googlers or the company as a whole may be falling short of our commitment, don’t be silent. We want ~ and need — to hear from you.

According to the complaint, failure to know and follow the Code can result in disciplinary action, including termination.

Plaintiffs allege that they engaged in precisely the activities that the Code encouraged.  Indeed, the complaint recites several projects that Google decided to turn down, citing its "Don't be evil" motto as a ground for refusing to work with the Chinese government on a censored search engine and with the U.S. government to deploy artificial intelligence in the analysis of drone footage.  Google cited the motto in joining its employees in denouncing the Trump administration's travel ban.

Deploying the "Don't be evil" motto is a great hook for getting publicity for the suit, but I can't see how anything turns on that.  Plaintiffs allege that they were wrongfully terminated.  Google alleged that they wrongfully accessed and disclosed information.  They claim that everything they used in their activism was publicly available.  Google can be held accountable for being evil (wrongful termination), whether or not it is legally bound by its motto. 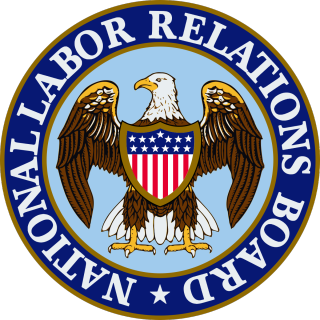 The lawsuit may be after something other than victory in a court of law.  According to NPR, the National Labor Relations Board is investigating the matter and reached a tentative conclusion in May that Google "may have violated" federal law by firing the plaintiffs.  This suit may be an attempt to increase pressure on Google, to get the NLRB to move the case off the back burner, or to extract a settlement from Google on a timetable less glacial than that of justice as effectuated through administrative agencies.  Or the lawsuit might just be another instance of the plaintiffs' activism.  Google retains its "Don't be evil," policy.  But given its tentacular reach, Google may find doing evil hard to avoid, and these plaintiffs are well-positioned to shed some sunlight on those occasions when it does.