Early in my career as a legal academic, I wrote about the suits over Michael Ovitz's compensation as President of the Disney Company.  In that Article, I argued that there was no reason to allow the business judgment rule to protect decisions to pay outrageous salaries and benefits to corporate executives.  For states that follow Delaware's model, there are already other mechanisms that insulate directors from personal liability, and so there is no reason to make shareholders foot the bill when board members, who are part of the community that benefits from inflated executive compensation, structure a compensation package so that even someone who completely fails as an executive can just pull the rip cord on their nine-figure golden parachute, as did Mr. Ovitz.

In the Disney case, the corporation was contractually obligated to pay Mr. Ovitz $140 million in severance after he had served only fourteen months.  That turned out to be a far higher rate of compensation than he could have earned had he been a success at Disney.  Mr. Ovitz was giving up a very lucrative Hollywood career to join Disney, so he needed downside protection.  But who was giving the company's shareholder's downside protection should Mr. Ovitz's tenure be a bust, as it manifestly was? 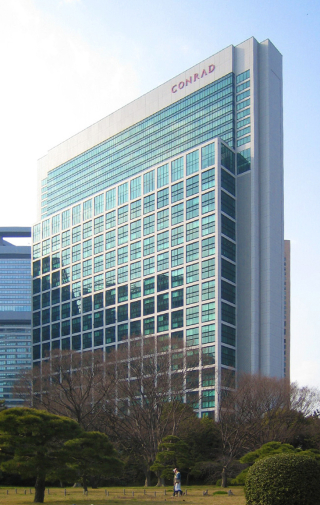 $140 million you say?  Peanuts.  According to The New York Times,  Marcelo Claure, the Chief Operating Officer of Softbank, is demanding $2 billion in compensation over the next several years.  He was paid $17 million last year, but now Mr. Claure apparently thinks that's chump change.  He claims responsibility for having extricated Softbank from some messy investments, including in WeWork and Uber.  The $2 billion apparently represents his estimate of the future value he could bring to Softbank.  What kind of person associates that kind of figure with the value of their work?  I know, there are answers.  But those are the people who spend their money on rocket rollercoaster rides for celebrities and the ultra-rich while scoffing at those trying to address quotidian terrestrial inconveniences, like millions on the brink of starvation.

But the larger point is that if Mr. Claure brought value to the company, he did so by cleaning up his predecessors' messes, and I'm guessing that the costs of those messes were largely born by Softbank's shareholders and creditors and not by the people responsible for creating the messes.  My high school physics teacher taught me that all objects in the universe are either heading towards or coming from an imperfect inelastic collision.  That is, things bump into each other, and there are costs involved.  Mr. Claure's career is unlikely to escape this fundamental rule of the physical universe.  But because of the way executive compensation is structured, he will not bear the costs of that collision.  A new Mr. Claure will step in to clean up his mess, and that Mr. Claure will then demand $10 billion, building on the Claure precedent.

The Times story also explores some of the conflicts of interest that arise form Mr. Claure's personal investments in ventures in which Softbank also invests.  It's astonishing stuff.  It also seems like he is behind some of the hype involving non-fungible tokens as investment vehicles.

To paraphrase Hegel, when finance paints its green in virtual form, a way of life has grown old, and it cannot, by means of its habitual green, be rejuvenated; it can only be recognized.  The dusk is coming, and it is time for this old bird to take its flight.