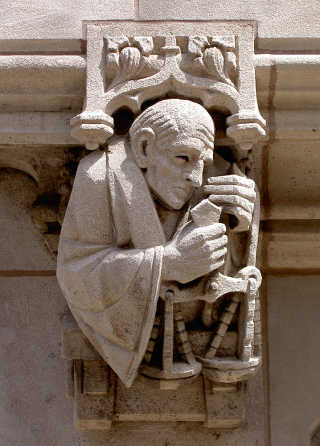 Yale Law School (YLS) gets a bad wrap for being too theoretical.  Outside of the clinics, so that saying goes, one hardly learns doctrine at all during one's three years in law school.  A famous alum once said to me that practicing law with a degree from YLS and nothing else is a recipe for malpractice.  He may have proved himself right.

But two YLS students have figured out a way to immerse themselves in the practicalities of litigation: they are suing their law school!  The anonymous students, styled John Doe and Jane Doe in the complaint, allege that YLS's Dean and Associate Dean (the Deans) conspired to "blackball" the plaintiffs and cut them off from career opportunities in retaliation for their refusal to lie in support of the YLS's investigation of Amy Chua.

The allegations involve the YLS Dean's attempt to discipline Chua or alleged inappropriate conduct involving social gatherings at her home and advice relating to how to dress for success in the context of clerkships.  Both plaintiffs describe themselves as persons of color, and they reached out to Professor Chua, one of YLS's few faculty members of color, to discuss the peculiar obstacles they faced as students of color at YLS.  Two such meetings took place at Chua's home, allegedly in violation of a "no-socializing" agreement that Chua had entered into with YLS.  Word of these assignations somehow got to a third YLS student, who assembled the 20-page "Dossier" and turned it over to the YLS administration.

Plaintiffs allege that the Deans approached a professor of constitutional law and pressured him to not hire the plaintiffs as Coker Fellows (teaching assistants) in retaliation for their refusal to lie about Amy Chua.  Given the lack of grades at YLS, a Coker Fellowship is a way for a Yale student to evidence their achievement.  As a result of the Deans' actions, plaintiffs were not hired as Coker Fellows, nor did they even apply for judicial clerkships because, they allege, the Deans threatened to share with any judges who might hire them Dossier detailing plaintiffs' alleged misconduct with Professor Chua.  Plaintiffs allege that the Deans violated the University’s Policy Against Discrimination and Harassment (the Handbook), which they say is a contract "by its own terms" that prohibits the administration from "retaliating against students who report a concern, file a complaint, and/or participate in an investigation."

According to the complaint, the Deans and the YLS Director of Equity, Diversity and Inclusion, hounded the plaintiffs and pressured them on a daily basis to testify against Professor Chua.  When they refused to do so, retaliation ensued.  Both plaintiffs have been deeply affected by the incident.  Jane has taken a leave of absence; John has resigned as the Dean's speechwriter.  Both have physical symptoms brought on by the harassment to which they have been subjected.

The complaint alleges causes of action sounding in breach of contract and promissory estoppel, plus the torts of intentional interference with prospective business relations, defamation, unreasonable publicity, false light, and intentional infliction of emotional distress.

I will be very interested to see in what sense the Handbook is a contract "by its own terms."  The Complaint does not cite to any place in the Handbook where it so self-identifies, and most such handbooks are not contracts and sometimes explicitly say that they are not contracts.  But YLS is a unique institution, so who knows?