Last month, Nancy Kim introduced me to Squid Game with this post.  I read the post and thought, "I'm glad Nancy watched that so I don't have to.  Ultra-violent sadistic television show that portrays our current economy as a savage murderous game engineered to extinguish the hopes and dreams of ordinary folks?  Who needs that?  I have my life."  Meanwhile, unbeknownst to me, my bloodthirsty wife was reading up on the series and getting the popcorn ready.  I'll do anything to put off for a time my promise to my students to listen to Taylor Swift's music, so we watched the first episode.  Unlike Ms. Swift, the show is holding my interest, and then some.  It's a really smart, well-conceived series.  I could use a little less violence and sadism, and I could have passed on the strobe effects in episode 3 (or was it  4?), but maybe that's just me. 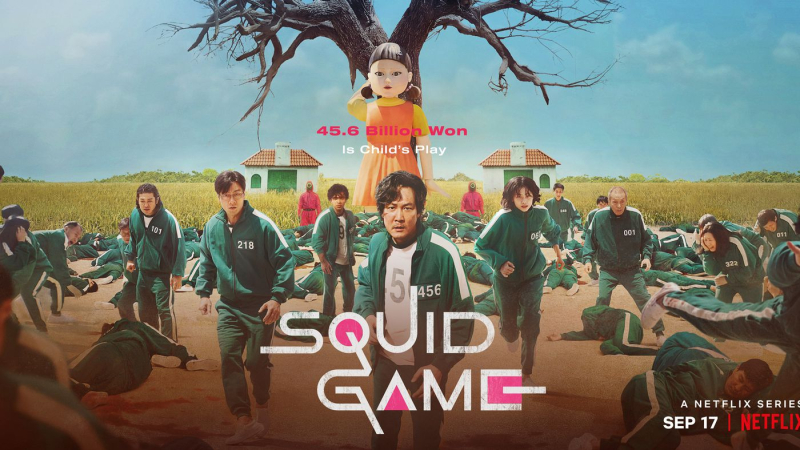 In any case, right at the beginning of Episode 2, "Hell," there's an interesting contracts moment.  After the first game, the players are begging to be allowed to leave.  The guards/men in pink tell the players that they have been given an opportunity.  The situation presents a variation of a classic riddle of the law of coercion.  The coercing party claims to be making an offer: e.g., I'm offering you, desperate, insolvent business, an opportunity to get paid off early.  In exchange, all I ask is that you accept my payment of 35% of what you claim I owe you as payment in full.  Or, in a situation that's a little closer to the Squid Game situation, "Hey, shipwreck, I'm offering to save you; all I ask in return is that you surrender your cargo to me."

The law does not turn on the formal aspects of the "offer."  The law of coercion does not turn on whether the offer is posed as an opportunity or a threat.  I offer my students the opportunity to hear me sing.  They know a threat when they hear one.  But in the context of economic coercion, it can be very difficult to differentiate opportunities from threats.

Without giving away too much of the plot, I would venture that the problem with the agreement at the heart of Squid Game is not so much coercion as illegality.

In the category of shameless self-promotion, i go on at some length about the difference between threats and offers in Coasean Blackmail: Protection Markets and Protection Rackets, 67 U. KANS. L. REV. 281 (2018). This analysis applies when the person making the "offer" is also the person who will inflict the harm. In contrast, in the salvage situation the offeror is merely exploiting a need that it did not create. The policies are different there, limiting the salvor to a reasonable compensation determined by the law of admiralty.

I agree with your take on the SG contract issue.

Legal issues aside—and major spoiler alerts ahoy!—for me, there's no question the show succeeds in terms of pure entertainment value plus slick and high-quality production. The acting performances were skilled too. But I found it otherwise lacking. The basic plot is really unoriginal and quite derivative. For example, the organ-harvesting-for-poors thing has been done countless times before, including in Korean movies, and even within that going back at least close to 2 decades (Sympathy for Mr. Vengeance in 2002). The characterization is shallow too. I also had no difficulty identifying one of the important final "twists" well before it happened. Finally, the social commentary struck me as not very deep or insightful. But again, it's undoubtedly a very watchable/bingeable show. Plus it provides good fodder for this blog!

For anyone who enjoyed SG and is looking for other Korean media in a similar vein, I recommend Save the Green Planet! from back in 2003. It has a more unusual and off-the-wall plot if you ask me. While it's got plenty of violence too, stuff like SG these days probably makes it seem quaint in comparison.

@kotodama I can forgive unoriginal plots. Everything's been done before. I didn't walk out of "The Lion King" (the musical) thinking "It's all pretty derivative from Hamlet, you know." I walked out agog at Julie Taymor's incredible staging and costumes. Nor do I care if the story-line of Avatar has been done before. Yes, the hero has a thousand faces.

You could look at a screen capture of any scene from SG and immediately know (even if you couldn't make out any characters) that it was a screen capture from SG. That's an accomplishment. It's a fully realized microcosm, not on the level of James Cameron's Avatar, but still. Across genres, the ability to create a unique realm out of a mixture of imagination, experience, and artistic reference is something I admire – think Monsters, Inc., Stranger Things, Coraline, The Good Place. Once you’re there, you just need a solid plot, not a wholly original one.

I concede that the series delivers its anti-capitalist message and its insights into human nature with all the subtlety and nuance of an Ayn Rand novel. I would have enjoyed more show, less tell, and less gratuitously-violent show at that. But there was enough character development to suck us in, so that the deaths of characters became increasingly painful as the series progressed, and not having finished the show yet, I am absurdly invested in the fates of the remaining characters. I am impressed with the economy with which I am being emotionally manipulated. We know nothing about these characters, and they are not all that sympathetic, and yet my empathy kicks in. Given the enormous success of the series, its message will resonate with people who have either not heard it before or have not found the same message compelling when conveyed in other formats.

My problem with the organ-harvesting theme was not that everybody harvests organs these days. There’s plenty of interesting ways to go with that theme, from Keira Knightly in “Never Let Me Go” to William H. Macy in ‘Shameless” and worlds in between. My problem with it was just that I didn’t think it credible that this tightly-monitored totalitarian dystopia would have space in it for such a multi-layered side-hustle. Nor would it need to be a side-hustle, as nothing in the show suggests that the mysterious webmasters behind the whole thing would be averse to profiting from their venture (but perhaps I’ll learn otherwise in a coming episode). They could just have a morally-compromised surgeon on staff.

The embedded cop is similarly problematic, but still compelling. If it were Harrison Ford or Bruce Willis or Will Smith, I would suspend disbelief and assume that they know what they are doing. I am assuming that the Korean actor is not a well-known action hero. I think it would be distracting to the audience to have famous actors in a show where characters are mostly reduced to numbers. But this character doesn’t really seem to know what he is doing. He brought a knife (a six-shooter) to an automatic rifle fight. But these are quibbles.

Thanks for the tips for future viewing. SG could also lead people down some very interesting rabbit holes as they seek to educate them about the Korean traditions of film-making on which it builds.

No disagreement here with either any components of the show that you compliment or any that you critique to some extent. In particular, I really identify with this statement: "I am impressed with the economy with which [the viewer is] being emotionally manipulated." Again, I watched the entire thing and found it highly entertaining! No doubt I'll tune in for the inevitable second season when it arrives too. In the end, I think you can quibble with aspects of what the show's creators set out to do, but unquestionably the execution of that approach was spot-on. And yes, for some people, it's a good entry-level introduction to Korean/Asian media that will help get them out of their ordinary viewing habits.

And thanks Sid for the citation to your article. I will have a look at is when I teach duress in the Spring!