Sid DeLong on Restitution and the Case of Andrew Cuomo

More Restitutionary Pitfalls for Aspiring Authors (Who Serve in Government)

A recent dispute involving the former Governor of New York raises interesting questions about disgorgement as a remedy for breach of fiduciary duty by government officials. It also dramatically illustrates the financial risks that liability for disgorgement poses to defendants who may not have realized that they were acting wrongfully and who have received and disposed of funds before learning that they must turn them over to the plaintiff.

Disgorgement is often the only effective remedy in cases in which a breach of fiduciary duty causes harm to the plaintiff that is difficult to prove or impossible to calculate, making an award of compensatory damages measured by the plaintiff’s loss unfeasible. If plaintiff can prove that defendant was enriched by the breach, the defendant must disgorge to the plaintiff any net gains it obtained as a result of the breach, regardless of their source. Such a claim for disgorgement is entirely unrelated to any harm the plaintiff may have suffered from the wrongdoing and may give plaintiff a windfall. But disgorgement of the wrongdoer’s entire gain from the breach is thought to be necessary to prevent defendant’s unjust enrichment from the wrong and has the virtue of completely removing the incentive for wrongdoing. The same rule applies to breaches of statutory duties and other tortious wrongs. 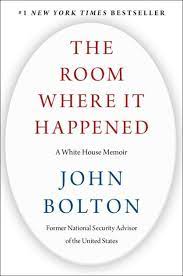 An earlier post suggested the potential liability of John Bolton for disgorgement of the proceeds of his book, In the Room Where it Happened, on the theory that his publication of the book violated federal law and his employment contract with the government.

Perhaps inspired by Bolton’s dispute, as reported in The New York Times, the State of New York has recently announced that it will seek disgorgement of the proceeds of former Governor Andrew Cuomo’s book American Crisis: Leadership Lessons from the Covid-19 Pandemic on the grounds that, in obtaining legally-necessary permission from the Joint Commission of Public Ethics (JCOPE) to publish the book, Cuomo wrongfully failed to disclose that he had illegally used government resources, including employee time, to produce the book.  Cuomo denies wrongdoing and says that publication was not wrongful because he received permission from the Commission for the publication. The State seeks recovery (disgorgement) of all amounts paid or to be paid to Cuomo by his publisher.

According to news reports, Cuomo received an advance of over $3 million with $2 million more to be paid over the next two years. The latter payment is unlikely to come due because of poor sales of the book. Cuomo’s attorneys have stated that after payment of expenses and taxes, he donated $500,000 of the proceeds to charity and placed the $1.5 million remainder in a trust for his children. 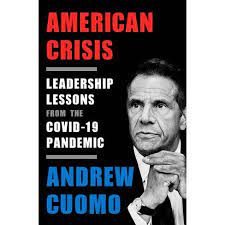 As an accounting detail, disgorgement usually reaches only the net amount of unjust enrichment after deducting the wrongdoer’s out of pocket costs of obtaining it. But the amounts that Cuomo claims to have spent on income taxes should not reduce his duty to disgorge the entire sum. If he is forced to disgorge the publisher’s pre-tax payment his only remedy is to file an amended tax return and seek recovery of the tax overpayment from the U.S. Government. Of course, he would be required to disgorge the amounts of his gifts to charity and to his children’s trust.

In cases such as Cuomo’s in which the defendant’s violation of law is unclear or unintentional, disgorgement may seem draconian, conferring a windfall on the plaintiff out of proportion to any harm it may have suffered and sandbagging defendant with unexpected liabilities that it may be in no position to pay. This is a stiff price to pay for the deterrent

Restitutionary claims over identifiable proceeds of wrongdoing may sometimes even reach beyond the wrongdoer to innocent transferees of the proceeds. If Cuomo is unable to pay back the full $3 million, the State may seek to claw back the money from the charity or the children’s trust, using the legal theory of fraudulent conveyance. These claims seem unlikely to succeed, however, because there is no indication that the transfers were made to hinder, delay, or defraud Cuomo’s creditors. But if Cuomo becomes insolvent, his bankruptcy trustee might be able to recover the payments as fraudulent transfers without having to prove that they were made with such intent.

As cautionary tales for government-employed authors, the Bolton and Cuomo cases can be distinguished. Assuming in each case that the government’s allegations are correct, Bolton’s wrong was in breaching his statutory and contractual duties of pre-clearance and non-disclosure, security breaches that could potentially harm the government in ways that were incalculable. As in Snepp, disgorgement of all the author’s gains from such breaches was the only feasible remedy.

By contrast, Cuomo’s initial wrong seemingly consisted only in misappropriating or misusing government resources for his private benefit, trivial misbehavior that  harmed the government in ways that are easily calculable by reference to the wages of governmental employees and the costs of office supplies.

However, JCOPE’s main complaint is that his concealment of this misuse might also have constituted an ethical breach or even a breach of fiduciary duty. This would have breached his legal duties as governor as well, in which case, perhaps New York did not ask for enough. It is, after all, it is hornbook law that a faithless fiduciary forfeits his fee in addition to any profits he may have made by breaching his trust. See Restatement (Third) Restitution § 43. The theory is that the fiduciary did not earn the compensation because he did not fulfill his duties. On this theory, attorneys have forfeited their legal fees when they breached duties to their clients. One can see great revenue-raising potential in an aggressive use of this theory. Perhaps the State of New York should seek restitution of the salary and benefits of every state official who has been shown to breach his or her fiduciary duty to the State.  It’s not likely to happen, but if it does, remember you read it here first!