Jay-Z Convinces a Jury that the Jay-Z-Branded Fragrance Stinks!

Beginning in 2009, Jay-Z, entered into a series of agreements with Parlux Fragrance and parent company Perfumania (Plaintiffs).  The agreements granting them an exclusive license to use the Jay-Z trademark for manufacture, promotion, distribution, and sale of fragrances and related products.

According to the Complaint, the parties agreed that Plaintiffs could use the Jay-Z trademark on certain products and that Jay-Z (right, in a 1988 photo 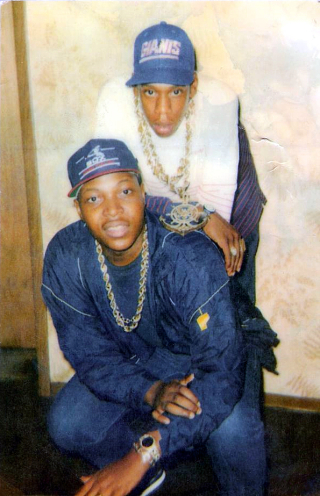 ) would not unreasonably withhold permission to use the trademark.   In 2013, Plaintiffs launched Gold Jay Z fragrance.  Plaintiffs maintain that, in order for a celebrity fragrance to succeed, the celebrity has to actively promote it, and they allege that Jay-Z was obligated under a licensing agreement to do so but breached those contractual obligations.

Plaintiffs claim multiple breaches by Jay-Z including: (i) declining to be interviewed, (ii) failing to provide a quote for an upcoming Women's Wear Daily article, (iii) failing to make various promotional appearances at Macy's in support of the product, (iv) declining to provide a quote or statement for the press release in connection with the product launch, (v) or to provide quotes or complete "Q & As" for Elle, Glamour, or Cosmopolitan, and (vi) rejecting five different concepts for a promotional contest involving a giveaway of an 18-carat gold bottle of GOLD JAY-Z created by Jacob the Jeweler valued at $20,000, and instead keeping the prototype gold bottle.

In the litigation, Jay-Z contended that Parlux proceeded with the launch despite knowing these promotional events conflicted with Mr. Carter’s Magna Carta World Tour, which made him unavailable for these promotional events.  In his testimony, according to Allhiphop.com, Jay-Z did not like the promotional work that Plaintiffs put together for the branded fragrances, calling it "B-rate" and called their efforts "crappy, lazy work."

After the initial launch, Plaintiffs began developing concepts for additional products for the brand but it was unclear whether these additional requests were included in the original product development plan. Jay-Z and his people felt under no contractual obligation to approve new products under the agreements.  Plaintiffs argued that Jay-Z's refusal to aid them in the development of new products was a breach of his obligations.

Jay-Z and his attorneys broadly argued that Plaintiffs failed to understand how to properly market his luxury brand and protect his products from being sold "on the shelves of Walmart between hand sanitizer and Tic-Tacs," as his attorney said in his opening statement.  Jay-Z counterclaimed, seeking $2.7 million in unpaid licensing fees.

On November 10, 2021, a New York jury, after a three-week trial, took only two hours to reject both parties' breach of contract claims.

Thanks to my research assistant, Alyssa Cross, for helping me with this stinky assignment.