As discussed in yesterday's post, contract alone cannot achieve Grafton’s goal of post-mortem control of her copyrights. Suppose that students in their third year of law school were given the same problem: 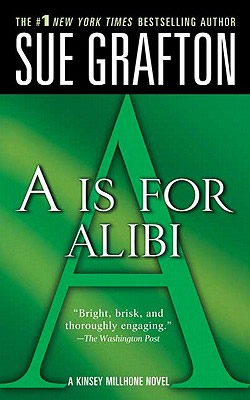 “You are counsel to Sue Grafton. She wants to make sure that none of her alphabet series is ever adapted for the screen after her death. What solutions can you suggest and how confident are you that they will work?”

How would they advise Grafton to prevent post-mortem owners of her copyrights from licensing her books for dramatization in film? Copyright is intellectual property which, like real property, can be conceived as a bundle of rights, a bundle that can be disaggregated into separate “twigs” by its owner. Students who have studied copyright might suggest splitting off the screen rights from the rest of the copyright. To assure that those rights will be enforced against infringers, the rights could be assigned to an institutional owner who will have incentives to prevent unauthorized filming.  The owners of the balance of interests in the copyrights, whether her family or third parties, will be able to profit from the copyrights without violating Grafton’s injunction.

But even though Grafton has strong views about how her work is to be exploited, she may be reluctant to part with any of her control while she is alive. After all, she may change her mind. She may prefer to retain the potential to license screening while she is alive but wish to extinguish it only after death.

The attempt to control the post-death use of one’s property is a familiar objective in the law of trusts and estates, where lawyers are trained to devise ways to achieve dead hand control for their living clients but are also trained in the difficulties that such devices may raise.  Students who have studied trusts might suggest transferring Grafton’s copyrights to an inter vivos trust, administered by a trusted person or an institutional trustee who will be instructed exactly how to manage the copyrights, including the prohibition against ever licensing them for filming. The trustee would collect royalties and other income generated by the copyrights and disburse it to the income beneficiaries, presumably Grafton’s family. The trust would last for the statutory duration of the copyrights. There would seem to be no residual interest at the end of the trust.

But an immediate transfer of her copyrights to a trust might not be acceptable to Grafton. Most clients active in businesses want to retain complete control of their business property and are reluctant to transfer their property to a trust before they die. If sufficient control cannot be achieved by an inter vivos trust, the best trust solution might be a testamentary trust that arises only upon the death of the settlor but that would otherwise provide the same protection.

The trust seems to be the best solution to Grafton’s problem. An inferior option would be to make conditional testamentary gifts of the copyrights, subject to conditions that would effectively prevent the copyrights from being licensed for prohibited purposes. This strategy invokes some of the principles of future interests that are studied in property law. But conditional testamentary gifts are very difficult to enforce against disobedient heirs for a host of reasons, both practical and theoretical. Indeed, the chief advantage of trusts is to avoid such problems. This may lead most students of trust law to resent all the effort they expended memorizing the law of future interests in Property class.

All of the students who have studied decedents’ estates would warn Grafton that if she dies intestate having failed to dispose of her copyrights in life, the copyrights will simply descend to her heirs under the laws of intestate succession, and subject to any special provisions of The Copyright Act.

But contract, copyright, and trust law are not by any means the only relevant fields. Students who have taken family law would caution that any attempt by will to divest a spouse of an interest in a copyright might fail on two grounds. The copyrights may be community property in which the surviving spouse owns 50% regardless of the decedent’s will. In a non-community property state, then, depending on the value of the copyrights in relation to the rest of her estate, they may be property as to which the disinherited spouse has an elective share, e.g. of 33%. Elective share rights can usually be defeated only by inter vivos transfers. These rights may also complicate the attempt to transfer the copyrights to a testamentary trust.

As noted above, to transfer ownership of the copyrights directly to the family will also subject them to the claims of creditors of the family members and possibly result in their transfer to those creditors or to a bankruptcy trustee. Those new owners of the copyrights will of course be free to exploit them in any way they choose. This risk also argues for a trust solution to the problem, where creditors will be able to attach only the beneficial interests of the heirs and not the trust property itself.

The attempt to enforce promises relevant to a copyright might need to be secured by a security interest in the copyright, whose validity will be determined by Article 9 and the Copyright Act.

And always waiting in the wings are students who have studied tax law, especially estate and gift taxation. They will caution that all of these transactional solutions to Grafton’s problem may have favorable or unfavorable tax consequences to Grafton and her heirs. Both income and gift and estate tax considerations may be relevant. Failure to consider tax consequences is a common form of estate planning malpractice and might equally be malpractice even by the lawyer who never studied tax in law school because she thinks of herself as practicing contract law rather than estate planning.

Finally, class discussion of Grafton’s case should also invite comment from students of jurisprudence. I believe that it shows that law, like art, can sometimes permit a person to achieve a form of immortality, or at least to cheat death for a bit.  Ars may be longa, and vita may be brevis, but copyright lasts for vita+70 years.

Lessons of the Case for Law School Curricula: Students who are taught to take a client-centered, transactional approach to the practice of law will soon learn that a negotiated, contractual agreement is only one of many legal mechanisms or tools that can be used to achieve a client’s goals. Often it is not the best one. In the bloom and buzz of practice, client problems will usually not come neatly siloed in ways that conform to the law school curriculum divisions.

Creating the best solution for even the simplest client problem requires an understanding of many different legal domains. The ability to spot the myriad legal issues involved must come from knowledge the lawyer has when the problem is presented. At the issue spotting stage, there is no time to learn tax law or trust law when on an “as needed” or “just in time” basis. A lawyer unfamiliar with the entire gamut of private law will be unable to give good advice. In this age of “curriculum reform” in which students are studying less and less “doctrinal” law before graduation (sometimes with the misleading assurance that they can learn it later), that is particularly worrisome.

To a hammer everything looks like a nail. A lawyer engaged to resolve Grafton”s problem would naturally proffer a legal solution using one of the strategies mentioned above. But what if the lawyer went beyond a legal solution and asked Grafton why exactly she wanted to prevent the dramatization of her characters. The lawyer could remind her not only of the income that movies could generate but also of the vastly broader audience for her work and likely stimulus for her book sales.

And dramatization need not lead to disappointment with the product. Many great mystery writers have seen their characters brought to the screen with great success. The literary reputations of Agatha Christie, Erle Stanley Gardner and John Mortimer have only been enhanced by actors’ distinctive representations of Hercule Poirot, Jane Marple, Perry Mason, and Horace Rumpole. In some of these cases, the authors had significant input into the filming of their work.

Grafton’s experience as a screenwriter had taught her that a novel could be butchered by Hollywood ending up unrecognizable to the author. What if there was a way that she could supervise the video representation with approval not only of the script but the actors? Perhaps she could make a deal with someone she trusted to bring her work to life with fidelity to her conceptions.

Any lawyer who is asked to provide a legal solution to Grafton’s problem should have this discussion. But where in law school does a fledgling lawyer learn to ask such questions or to make such suggestions? Aside from courses in estate planning, where such interrogation of a testator may be common, law school rarely trains lawyers to look for non-legal solutions to client problems.  Perhaps, like medical schools, law schools should become more oriented toward representing the whole client. Law students should be taught not only to look for non-legal solutions to problems but to draw on their knowledge and experience in helping their clients. And even when the solution to a client’s problem might be clear, there remains uncertainty. Before his death, Franz Kafka sent a letter to his friend and publisher Max Brod commanding him to burn all of his unpublished manuscripts when he died. Both men were lawyers. After Kafka died, Brod ignored his friend’s injunction and arranged for the completion and publication of The Trial and The Castle and other works that Kafka hoped would never see the light of day. Brod rationalized his disobedience by arguing that Kafka must surely have known that, as his greatest admirer, Brod would never be able to bring himself to burn any of Kafka’s work. Therefore, Brod reasoned, Kafka must not have really intended his order to be obeyed.

Whether this was a subtle and impressive interpretative strategy or a slick piece of self-justifying rhetoric, whether it was an act of fidelity or betrayal, the world seems not to care: we are all indebted to Brod for frustrating his friend’s last wish and so share in his guilt. The world of mystery fans may similarly profit from the frustration of Grafton’s wishes for dead hand control of her work.