Nope.  Not that reality television star.

In Goureau v. Lemonis, Plaintiffs Nicolas Goureau and Stephanie Menkin contend that their business’s participation in CNBC’s TV show The Profit caused their company to go into crippling debt. The Profit is an American documentary-style reality television show broadcast on CNBC. In each episode, the show’s host, Marcus Lemonis (right), typically offers a capital investment and his expertise to an already-struggling small businesses in exchange for an ownership stake in the company. He revamps the company in hopes of making a profit for the business and himself. 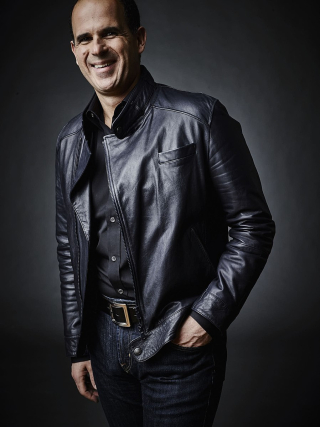 Plaintiffs ran an upscale women’s clothing brand through their Gooberry Corporation. It was successful overall and had several stores around the country. Plaintiffs sought outside investors and in early 2014, Plaintiffs interviewed and were selected to appear on The Profit. During the show, Plaintiffs and Mr. Lemonis came to the agreement that Mr. Lemonis would buy 30% of Gooberry for $800,000.  However, Mr. Lemonis allegedly began significant renovations of the Gooberry stores that cost upwards of $2,000,000 and told Plaintiffs they would be stuck with the bill if they decided to back out of the deal. Many of the experts appointed to assist in the changes to Gooberry were Mr. Lemonis’s employees from other companies, who charged Plaintiffs consulting fees. Knowing all this, after filming in 2014, the parties still entered a final operative Stock Purchase Agreement, which gave Lemonis 32 of 100 shares of Gooberry for $800,000, and a Shareholder Agreement, which placed Mr. Lemonis on a board of directors.

The relationship further soured when Loomis began operating the company under the Lemonis name, bought merchandise that made costs higher and work more difficult, and subsequently made it harder to compete with other boutiques and department stores. Mr. Lemonis tried to expand Plaintiffs' brand by investing in a new business, ML Fashion, LLC, that would be the umbrella entity for the parties’ various business ventures. ML Fashion was funded by credit agreements that it had with Defendant ML, LLC. Plaintiffs contend that whenever ML Fashion lent money to Gooberry, those funds were coming from Lemonis through ML, LLC, and that this action was increasing the debt position of both ML Fashion and Gooberry.

In short, Plaintiffs allege that Mr. Loomis engaged in a series of corporate restructurings that enabled him to take control of their business and deprive them of their controlling stake.  He did so in stages so that their stakes in the business shrunk as their business’s indebtedness to entities that he controlled grew.  At the same time, he mismanaged their business until their business’s indebtedness to the entities that Mr. Loomis controlled exceeded their equity in their own business.  One is left wondering both how they allowed themselves to be so effectively snookered and how exactly Mr. Loomis benefits from the transactions as described.

Maybe there’s a lesson in this for all of us.  Reality TV stars may not be what they seem to be.

Plaintiffs filed suit and asserted thirteen claims. including three fraud-based claims against Defendants, Mr. Lemonis and his business entities, including Machete, the production company responsible for the Profit: 1) fraudulent inducement ; 2) fraud; and 3) mail and wire fraud under RICO. On September 2, the District Court for the Southern District of New York granted Defendants’ motion to dismiss those three claims, the only claims relevant to the court’s jurisdiction over the case. With those claims out of the case, Plaintiffs would have to either amend their complaint to address its deficiencies or refile a suit on their remaining claims in state court.

The court held that Plaintiffs did not plead their fraudulent inducement or fraud claims with the requisite specificity.  Without allegations sufficient to support their predicate claims, Plaintifs also could not make out a RICO claim.  The Complaint, taken as a whole, alleges that the real-world impact of the various investment schemes depicted on The Profit does not correspond to how that impact as portrayed on the reality television series.  The court found these representations on which Plaintiffs allegedly relied to be either inactionable puffery or forward-looking projections.

Part of the problem is that the Defendants are well-advised.  They pepper their statements and documents with language that puts people in Plaintiffs’ position on real or constructive notice that they are taking a risk and that there are no guarantees that the venture will be profitable.  The other part of the problem is that Plaintiffs forged ahead with the deal, when they could have backed out, even after Mr. Loomis revealed that the partnership would require their business to take on an additional $2 million in debt.  They also seem to have willingly entered into the agreements that resulted in the corporate restructurings which they now characterize as fraudulent.

Because federal jurisdiction was predicated on Plaintiffs’ RICO claim—and the court found Plaintiffs’ complaint insufficient—the court declined to rule on the remaining claims. Plaintiffs have until October 05, 2021, to notify the court if they intend to amend their complaint to address its deficiencies.

H/T to Alyssa Cross and the ever-reliable @NY_Contracts