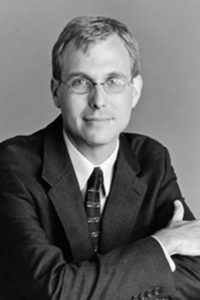 Georgetown Law's Gregory Klass (left) has posted a chapter on Corbin that will appear in a forthcoming collection of Scholars of Contract Law.

Here is the abstract from SSRN:

This chapter on Arthur Linton Corbin will appear in the forthcoming collection, Scholars of Contract Law. The chapter provides a brief summary of Corbin’s life, then discusses five topics: Corbin’s Socratic approach to the classroom and his introduction of the caselaw method at Yale; Corbin’s analytic approach, which was inspired by Hohfeld and is illustrated by Corbin’s definitions of “contract” and “consideration”; Corbin’s evolutionary theory of the common law, his understanding of the relationship between law and social mores, and his insistence that legal rules always be treated as mere “working rules”; Corbin’s occasional appeal, despite his general aversion to high theory, to the reliance theory of contract; and Corbin’s account of contract interpretation, where one sees the reliance theory at work, together with a surprisingly narrow conception of meaning.

Corbin plays an important role in most first-year contracts law courses, or at least he does in mine.  Together with Karl Llewellyn, he represents the transition from the formalism of the First Restatement of the Law of Contracts to the legal realism of the Second.  But I've never been able to put much flesh on the bones.  Llewellyn lived an interesting life.  I hadn't come across much information about Corbin to help me understand what made him tick.

Of course, the tension between Willistonian formalism and Corbinian legal realism can be overdrawn.  Corbin collaborated on the First Restatement; he died long before the Second Restatement was completed.  As Klass's piece makes clear, Corbin came by his realism, if one can give his approach that name, slowly and incrementally, as he struggled to make sense, in Benjamin Cardozo's phrase, of the "trackless ocean" of the common law.

Part of the difficulty of identifying Corbinian methodology is that he seems not to have been interested in theorizing divorced from practical applications.  Legal realists might have used Frege or Russell or Wittgenstein or American pragmatism to inform their understanding of law.  Corbin was more interested in finding a language adequate to describe commercial relations in practice.  To the extent one can associate Corbin with a school of thought, according to Klass, he was indebted to Hohfeld's analytic approach.  His academic achievement is a tribute to his unique combination of analytic rigor, building on Hohfeldian categories, and Sitzfleisch.  Well into his 80s, he could be found in Yale's ill-lit library pouring over the latest caselaw.  Into his 90s, index cards containing his notes on the latest cases could be found by his armchair.

Take heart, fellow academic underachievers!  Corbin was the Kant of contracts.  He was 75 when he published the first edition of his monumental casebook, seven years after his retirement from teaching.  By the time he published the second edition, he was 88.

I love Corbin's definition of illusory promise: "If what appears to be a promise is an illusion, there is no promise; like the mirage of the desert with its vision of flowing water which yet lets the traveler die of thirst, there is nothing there. By the phrase 'illusory' promise is meant words in promissory form that promise nothing; they do not purport to put any limitation on the freedom of the alleged promisor, but leave his future action subject to his own future will, just as it would have been had he said no words at all." Arthur Linton Corbin, Corbin on Contracts § 145, at 211 (one vol. ed. 1952).

By the time Corbin finished his landmark treatise, American contract law already had been "Corbinized." Our jurisprudence has not yet caught up with him on the "so-called parol evidence rule," as he might put it (he'd likely feel more comfortable with the CISG on that point), among other things.