No Incorporation of Israeli Law by Reference in SPIRA v. Aeroflot

In SPIRA v. Aeroflot-Russian Airlines, the District Court for the Eastern District of  New York granted Defendant Aeroflot’s motion to dismiss and denied the request of Plaintiffs SPIRA and 58 others for leave to amend their complaint. Plaintiffs were on a school trip to Israel and scheduled to depart on an Aeroflot flight from JFK International Airport. But the flight was delayed for over three and a half hours. During this delay, Plaintiffs were not given adequate food, water, or ventilation.  The flight attendants (left) undoubtedly were not to blame.

Plaintiffs’ complaint alleged that Aeroflot violated Israel’s Aviation Services Law (ASL). Plaintiffs argued that because they were traveling to Israel, and the ASL was mentioned in the passenger tickets’ liability provisions, the ASL was a part of the contract and therefore both parties were contractually bound by its terms.

The court construed the complaint as making two arguments.  First, the court treated the complaint as seeking to bring a claim directly pursuant to the ASL.  Any such claim was clearly barred, as the ASL is not enforceable in U.S. courts, as the District Court for the Northern District of Illinois held in Bernfield v. U.S. Airways.

Plaintiffs tried to challenge Bernfield by alluding that the ASL provision stating “the court may award compensation to a passenger who has been issued a Flight Ticket indent of damages. . .” implies that the ASL may create a cause of action in any court. But the Seventh Circuit had rejected that very claim with respect to a similar foreign statute in Volodarskiy v. Delta Airlines.  Moreover, the ASL could not possibl contemplate action in a U.S. court, because it required action by Israel’s Ministry of Tourism and approval by a committee of the Israeli parliament.

Second, the court construed the complaint as alleging that the contract incorporated the ASL by reference. Under the Restatement Second §187, parties “may incorporate into the contract by reference extrinsic material which may, among other things, be the provisions of some foreign law.” This rule, as articulated in In re Lehman Bros, creates a two part test: the written instrument must (1) refer to a foreign statute and (2) describe it with sufficient specificity. 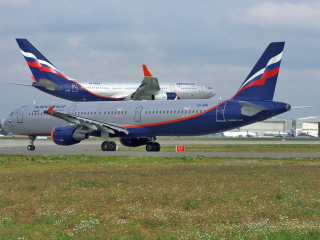 There is no debate that the contract signed by Plaintiffs references the ASL. The question becomes whether it was sufficiently described, so as to incorporate it into the parties’ contract.  The court found that the contract in question failed this second prong of the Lehman Bros. test.

Following Kogan v. Scandinavian Airlines Systems. the court found that the contract “reflected no intent” to incorporate the ASL by merely acknowledging that passengers may have rights under the ASL.  In Dochark v. Polskie Linie LOT S.A,  the District Court for the Northern District of Illinois similarly granted defendant’s motion to dismiss because, although the airfare contract advised passengers that they may have rights under an EU regulation, it merely gave them notice and did not plausibly constitute incorporation.

Accordingly, the court granted Aeroflot’s motion to dismiss and denied Plaintiffs’ request to amend their complaint because allowing them leave, would be futile.

H/T to Alyssa Cross and the ever-reliable @NY_Contracts