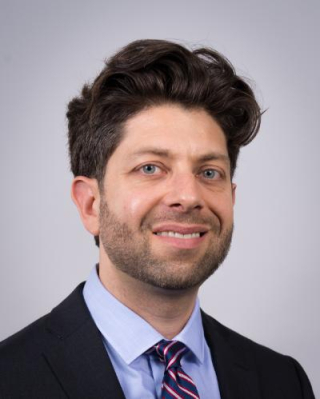 President Biden’s recent executive order encouraging the Federal Trade Commission to rein in noncompete agreements is an encouraging sign for workers who cannot afford to leave their jobs because of such agreements. But with the possibility of federal intervention and more states and municipalities banning noncompetes, together with higher levels of workers quitting their (often bad) jobs, companies are promoting other ways for employers to keep workers in their jobs.

In my recently published article, Unconscionability in Contracting for Worker Training, 72 Ala. L. Rev. 723 (2021), I expose the rapid growth of one of these retention mechanisms: the training repayment agreement (TRA). TRAs require an employee to pay the employer a fixed or pro rata sum if the employee received on-the-job training and quits work or is fired within a set period of time.

Often, TRAs are even worse than noncompete agreements for low-wage workers because, as I note in my article, “preventing workers from working for a competitor may be less onerous to workers than requiring them to pay the employer a substantial sum to quit.” TRAs can be especially bad for high-turnover sectors, where the average worker would not otherwise stay for the 2-3 year TRA repayment period. Some TRAs have even been described as bordering on indentured servitude (see, e.g., Heartland Sec. Corp. v. Gerstenblatt, No. 99 CIV. 3694 WHP, 2000 WL 303274, at *7 (S.D.N.Y. Mar. 22, 2000)), and have brought to mind comparisons to Bailey v. State of Alabama, 219 U.S. 219 (1911), in which the Supreme Court used the 13th Amendment to strike down a Jim Crow era Alabama law criminalizing quitting one’s job without repaying a cash advance.

TRAs have begun to face a bit of scrutiny, with a rise in litigation challenging the arrangements and a new California law taking effect this year banning TRAs for health care workers in hospitals, as well as for applicants for those jobs. And just last week, the Uniform Law Commission approved a Uniform Restrictive Employment Agreement Act which would permit TRAs only for “special training” and that last up to 2 years and are prorated based on one’s continued employment. But, for now, the arrangements mostly fly under the radar, and it is difficult to get a grasp of the ubiquity of TRAs. Anecdotally, they are more common among civil servants, truckers, nurses, mechanics, electricians, salespeople, paramedics, flight attendants, bank workers, repairpeople, and social workers.

In my article, I propose a set of unique factors for courts to use in evaluating TRAs: whether the TRA repayment obligation takes effect even if the employer fires the worker without just cause; the repayment amount required by the TRA relative to salary; whether the debt is amortized; the duration of the repayment window; and the nexus between the repayment amount and the training’s cost to the employer and benefit to the employee. One may thus view these sets of proposed factors as an analogue to the collection of reasonableness factors applied under the law of noncompetes and courts should undertake a similar reasonableness inquiry into TRAs.

But until that happens, or until more legislatures address head-on the challenges of providing training for quality jobs, lawyers and courts can triage the fast growth of mobility-restricting TRAs by developing a law of unconscionable training contracts. Courts have rarely applied the law of unconscionability in these contexts because plaintiffs often frame legal challenges to TRAs as violations of wage-and-hour statutes or the common law governing noncompete covenants. But the law of unconscionability has quietly found success in striking different types of overly one-sided contracts while upholding reasonable ones. Consumer law causes of action could also be effective, including state unfair and deceptive acts and practices laws, false advertising (many so-called training programs provide no meaningful skills), and unfair competition laws.