Last month, a group of 47 students sued Make School, Inc., a for-profit computer coding school, and Vemo Education, the largest provider of a new kind of contractual training scheme called the income share agreement (ISA). The students claim that the companies encouraged students to enter into contracts for coding training that could end up costing over $250,000. The arrangement sounded enticing: no up-front cost for training for quality jobs with a repayment obligation limited to a percentage of the trainee’s future monthly salary (25% in the case of the Vemo/Make School lawsuit). But, according to the suit, these repayment amounts could result in owing 2.5 to 3 times more than the original funding amount of the loan, $30,000 in the case of one of the plaintiffs.

ISAs are expanding rapidly and I explore them in my recently published article, Unconscionability in Contracting for Worker Training, 72 Ala. L. Rev. 723 (2021) (reviewed in JOTWELL by Miriam Cherry). The article also exposes the dangers of training repayment agreements (TRAs), which I blogged about earlier this week.

The concept of the ISA is not new—Milton Friedman and Simon Kuznets first proposed them 75 years ago as a way to sell “stock” in one’s human capital, which would allow “investors [to] ‘diversify’ their holdings and balance capital appreciations against capital losses.” Gary Becker, Friedman’s protégé, later lamented that the 13th Amendment limited speculation in another’s human capital “because such capital cannot be offered as collateral, and courts have frowned on contracts that even indirectly suggest involuntary servitude.” But Silicon Valley has turned the concept into a reality for unaccredited computer coding “bootcamps,” with one ISA lender’s executive boasting that his company could be worth $100 billion. 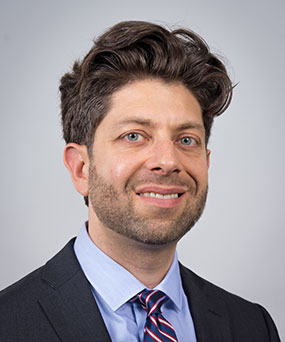 ISAs are often targeted at low income communities of color, with one lender claiming to turn “blue-collar worker[s] [in]to software engineer[s].” Some ISA lenders, however, have received scrutiny for adding to the list of predatory lending products that have devastated those communities for decades. The bulk of trainees bound by ISAs are already saddled with traditional student debt, turning many ISAs into time bombs of personal debt.

Moreover, some ISA lenders have reportedly sold outstanding ISAs to hedge funds, thus eliminating the lender’s financial incentive to ensure that the student obtains a quality job in the industry for which the student trained (most ISAs do not require repayment for periods in which the trainee fails to earn a set minimum income).

On top of all this, some ISAs, especially those connected to degree programs at higher education institutions, have been found to offer preferential terms to students at predominantly white schools over similarly situated students at Historically Black Colleges and Universities. Indeed, students of color are already more dependent on education loans than white students, so abusive terms in an ISA could be particularly harmful to them.

Consumer protection laws also could be useful in reining in predatory ISAs: the complaint against Vemo and Make School includes a number of California state consumer law causes of action, like unfair competition, false advertising, and unfair debt collection practices.

With employers decrying a shortage of trained job applicants and many workers unable to obtain free or affordable training for quality jobs, reinventing job training as a public good through training partnerships would provide a more coordinated and long term response to the current workforce training dilemma. At a minimum, training partnerships would often prove better for employers and workers than one-off contractual arrangements like ISAs and TRAs. I’ll be writing more about this in the future.