As noted in yesterday's post, my colleague Carla Spivack (left) is one of the editors of Feminist Judgments: Rewritten Trusts and Estates Opinions.  The volume includes some opinions that touch on contracts issues, that may be of interest, even to people like me, who run from trusts and estates issues whenever they crop up in the first year contracts course.

The format of the book follows that of the others in the Feminist Judgments series.  One scholar provides an overview of the case; another, playing the role of judge, delivers an opinion.  It's a fun way to present critical perspectives on canonical cases.  In today's case, Reece v. Elliott (Tenn. Ct. App. 2006), Dean Browne C. Lewis (below right) provides the commentary on  which sets up her alternative opinion, in which she is joined by Elizabeth V. Sparks. 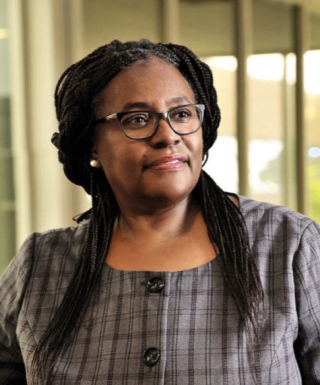 Bonnie and Eugene Reece signed an antenuptial agreement in which they agreed that their pre-marital property would be treated as separate. Both had children from prior marriages for whom they wanted to provide.  After Eugene died, Bonnie sued to declare the agreement invalid because, she claimed, although Eugene had disclosed that he owned Routh Packing stock, he had not disclosed the value of the stock.  Under Tennessee law, antenuptial agreements are enforced so long as they are entered into "voluntarily and knowledgeably."  The trial court found that this one was, because Bonnie knew that Eugene was a wealthy man, and he had truthfully disclosed his assets.  The appellate court affirmed.

Justices Sparks and Lewis would reverse and remand for a determination of whether Eugene had disclosed to Bonnie, the "nature, value, and extent" of his assets.  Their opinion urges the legislature to reconsider its blanket support for antenuptial agreements, given that such agreements often disadvantage women.  They rely on scholarship from Debra Threedy, suggesting that traditional contracts doctrine disadvantages women in the antenuptial context.  Modern contract law developed in a period when women were excluded from the market place.  While that is no longer true, it is still the case that "neutral" contracts notions about arms-length transactions do not hold out much promise of equitable application in the antenuptial context.  They bolster this argument with Gail Brod's work, which argues that women are often less well-resourced than their male partners, feel pressure to enter agreements so as not to look like they are marrying just for economic security, and then are not well-positioned to fend for themselves economically once they are widowed.

It is possible that none of these concerns apply to Bonnie, but it makes sense to remand the case to the trial court for a re-evaluation in light of them.