Contracts and Promissory Estoppel Issues in the Bill Cosby Case 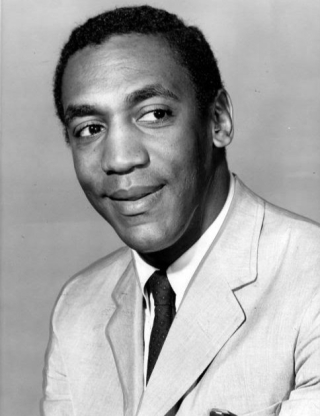 Well-known actor and comedian William (Bill) Cosby, who was sentenced to 3-10 years in prison for sexual assault, was recently released.  The grounds for release?  Breach of a promise not to prosecute.

Back in 2005, District Attorney Bruce L. Castor, Jr. who investigated allegations of sexual assault brought by Andrea Costand, determined that a criminal trial against Mr. Cosby could not be won.  He issued a signed press release in which he announced that "insufficient, credible, and admissible evidence exists upon which any charge against Mr. Cosby could be sustained beyond a reasonable doubt."  D.A. Castor issued the press release in order to prevent Mr. Cosby from invoking his Fifth Amendment not to testify in any civil suit that Ms. Costand might bring.   Ms. Costand brought that suit, which resulted in a $3.38 million settlement, but not until after Mr. Cosby had been deposed and had admitted to some of the acts that Ms. Costand alleged.  He admitted that he had given her Benadryl tablets, but claimed that the ensuing sexual encounter was consensual.  He also admitted that he had provided quaaludes to other women with whom he wanted to have sex.

Fast forward ten years, and we have a new D.A., Risa Ferman, who decided to reopen the case against Mr. Cosby and use the deposition testimony.  When Mr. Cosby objected, the trial court found that a press release announcing an exercise of prosecutorial discretion is not a contract.  What D.A. Castor was offering was transactional immunity, but the trial court found that he had not done so in accordance with the relevant Pennsylvania statute.   Immunity comes from a court, not from the exercise of a prosecutor's discretion.  Even a prosecutor's promise not to prosecute could be withdrawn.  They don't even have to cross their fingers.  Moreover, no promissory estoppel claim could be made out, because reliance on any alleged promise from the prosecutor would have been unreasonable. 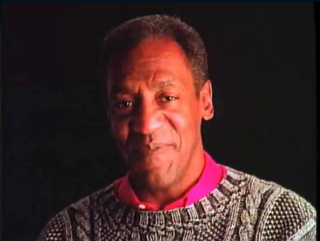 In Mr. Cosby's appeal to the Supreme Court of Pennsylvania, Middle District, the relevant issue was:

Where: (a) [District Attorney Castor] agreed that [Cosby] would not be prosecuted in order to force [Cosby’s] testimony at a deposition in [Constand’s] civil action; (b) [the district attorney] issued a formal public statement reflecting that agreement; and (c) [Cosby] reasonably relied upon those oral and written statements by providing deposition testimony in the civil action, thus forfeiting his constitutional right against self-incrimination, did the Panel err in affirming the trial court’s decision to allow not only the prosecution of [Cosby] but the admission of [Cosby’s] civil deposition testimony?

[W]hen a prosecutor makes an unconditional promise of non-prosecution, and when the defendant relies upon that guarantee to the detriment of his constitutional right not to testify, the principle of fundamental fairness that undergirds due process of law in our criminal justice system demands that the promise be enforced. 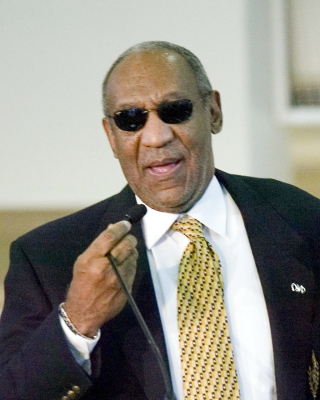 In explaining its decision, the Supreme Court says lots of nice things about how prosecutors have vast powers and ought to be subject to principles of fundamental fairness.  I don't have the expertise in criminal law to know whether fundamental fairness dictated that Mr. Cosby must be released.  I suspect that very few criminal defendants, lacking Mr. Cosby's resources, would be able to win their releases based on claims that the prosecutor had treated them unfairly.

As a general matter, the reliance claim would seem weak in other, comparable contexts.  Here, immunity could only be granted through a particular process, and that process was not followed.  In an ordinary contractual context, a court would likely find unreasonable reliance on a vague promise when that promise could only be effected through following some well-established procedure that was not followed in this instance.  It would be one thing if Mr. Cosby were on his own, but he was a sophisticated party represented by able counsel.  But the Supreme Court held that sophistication is not part of the inquiry here and concluded that it was reasonable for Mr. Cosby to rely on the conclusions and advice of counsel.  Whether or not their reliance was reasonable seems not to matter.

There was also some question of actual reliance here.  Mr. Cosby's testimony in depositions was consistent with what he had already told investigators in the criminal proceedings.  He admitted to providing Ms. Costand with Benadryl; he admitted to sex acts with her afterwards.  He claimed that the sex was consensual.   How can he claim reliance on a promise of non-prosecution when he had already admitted to facts to which he testified in deposition?  True, he also admitted to other acts, but to the extent that those acts subjected him to criminal prosecution, it is hard to see how a promise not to prosecute him with respect to his relationship with Ms. Constand is relevant to his choice to testify as to prior acts.  But the Supreme Court found that Mr. Cosby is entitled to a presumption that he only testified in reliance on D.A. Castor's promise that he would not be criminally prosecuted.  Fruits of the poison tree, I suppose.

The Supreme Court rejected the option, favored by the concurring and dissenting Justices, to simply suppress the evidence obtained through Mr. Cosby's depositions and grant a new trial.  Instead, the Court characterized its remedy as a grant of specific performance of D.A. Castor's promise not to prosecute.  That strikes me as an odd formulation.  Specific performance is not a remedy for promissory estoppel; it is a remedy for breach of contract.  And if we say that, but for his reliance on D.A. Castor's promise, Mr. Cosby would have invoked his Fifth Amendment rights in his depositions, that might have led to a remedy akin to what the concurring and dissenting Justices proposed.  But the majority could have reached its conclusions without speaking of specific performance.  As a result of the broken promise, Mr. Cosby was denied his due process rights, and the appropriate remedy is to vacate his conviction and enjoin any future prosecution relating to the subject matter of D.A. Castor's promise.

Thanks to Sydney Scott, for her research assistance!

Thanks for this analysis. I tend to agree that the DA didn't make a sufficiently firm assurance so as to justify Cosby's reliance.

We tend to see promissory estoppel as a tort-like doctrine, but its origins are as an alternative test for enforcing promises. In the First Restatement there's nothing to distinguish, in remedial terms, promises enforceable via promissory estoppel and promises enforceable because supported by consideration. Section 90 of the Second Restatement (not the First) says the remedy MAY be limited as justice requires, but sometimes it's not limited at all.

Interesting. I'm familiar with older cases in which courts enforce cases of detrimental reliance by ordering specific performance of the promise. I thought we'd turned a corner on that once Fuller and Perdue identified the reliance interest as the doctrinal basis for promissory estoppel remedies. I can imagine outlier cases in which a court cannot quantify the reliance interest with specificity and so grants expectation, which might take the form of an order of specific performance. I think such cases are rare, and rarer still on this side of the pond than in the UK, as I understand that US courts are more reluctant to grant specific performance, absent some unique res, than in the rest of the Anglophone world. Do you some specific counterexamples in mind?

II agree it’s rare. Remedies in promissory estoppel cases are all over the place, but many of the law review articles on the topic (e.g. Feinman, Yorio and Thel, Farber and Matheson, Hillman) identified some examples of the remedy being awarded. They identified many more examples of expectation damages being awarded.

At the heart of promissory estoppel is ambiguity about its point—is it there to enforce promises for the sake of doing so, or is it there to avoid reliance losses? Specific performance and expectation damages could be doing either of these things—especially, as you suggest, where reliance loss is difficult to prove.

Looking at the footnotes of those law review articles, it seems that specific performance or injunctive relief, when it’s awarded in promissory estoppel cases, is awarded in the same kinds of cases where the remedy is awarded in ordinary contract cases. The examples tend to involve interests in land.

One clear example outside the real property context is Skebba v Kasch 724 N.W.2d 408 (Wis Ct App 2006). That's a nice example because Hoffman v Red Owl Stores is from the same state; the court read Hoffman to say that “specific performance is neither precluded nor disfavored as a remedy for promissory estoppel; preventing injustice is the objective.” Skebba, 297 Wis.2d 401, ¶ 14. It also said that to “prevent injustice a court must be able to fashion a remedy that restores the promisee to where he or she would be if the promisor had fulfilled the promise.” Id., ¶ 12. In Skebba, the plaintiff turned down another job offer and stayed on as an employee of the defendant in reliance upon a promise that the defendant would pay him $250,000 if the company was sold. Upon the sale of the business, the defendant refused to pay the $250,000. The trial court was working with a reliance-based theory of damages and refused to award any “because Skebba did not prove what he would have earned had he taken the job with the other company, he [can]not establish what he had lost by relying on Kasch's promise and, therefore, [has] not [proven] his damages.” Id., ¶ 5. The appeal court instead ruled that specific performance of the promise was necessary to avoid injustice. You could justify this on the basis that he had suffered a reliance loss that he just couldn't prove, but the court didn't seem to see it that way: “Skebba's loss has nothing to do with what he might have earned on another job. Income from the rejected job was never part of the calculus of the promise made and relied upon.” Id., ¶ 14. (I suppose if you wanted you could conceive of this as an example of expectation damages rather than specific performance of an obligation to pay money but the core point would be the same).

Again, it's all over the place. Sometimes courts see their remit as enforcing the promise for its own sake; sometimes they see the point as compensating for / avoiding reliance losses. When they award expectation-based remedies the rationale is often just ambiguous. I guess my point is that for some courts, at least, and in some cases, promissory estoppel is closer to ordinary contract than tort.

I'm still scratching my head over how issuing a generic press release, even if that's not a typical thing, can in any form be considered a promise, let alone whether reliance on that "promise" is reasonable or not.

Also not clear to me why Skebba isn't a breach of contract case. Seems like we have a modification of an existing agreement, but that is exactly the sort of situation in which R.2d s. 89(c) should come into play, and the modification of the bargain should be enforced. It looks like the question of whether there was a contract was put to a jury. It’s not clear what facts the jury considered in making its determination.

kotodama, the court considered the entire context in which the press release was issued, which included conversations between the D.A. and counsel about the specific consequences of the D.A.’s public announcement that he would not prosecute. The D.A. himself thought he had made a promise, and wrote to his successor, trying to dissuade her from pursuing the case against Cosby. I don’t know whether the facts as a whole amount to a promise that the D.A. would have expected to induce reliance, but the court’s decision was not about the press release considered in isolation.