Rich Paul and the Role of Sports Agents in the NBA

As reported in Isaac Chotiner's New Yorker article, Lebron James’s Agent Is Transforming the Business of Basketball, Rich Paul has been changing the way athletes and agents negotiate with teams. Paul, the agent for LeBron James and other N.B.A all-stars, started his agency, Klutch, nine years ago.

Paul and James became friends in 2002 when James -- only seventeen—was expected to be N.B.A.’s No.1 draft pick. When the two first met, Paul was twenty-one and selling vintage jerseys out of his trunk. James took an interest in one of the jerseys, the two struck up a friendship and stayed in touch. They bonded over being Black kids who grew up in the inner city and the difficulties that come with that.  That background has given Paul a unique advantage when advising young players with similar experiences growing up.  Paul's mother struggled with drug addiction.  His father died of cancer while he was in college. He would have finished, he said, because it was important to his father.  But after his father died, Paul's business ambitions took over. 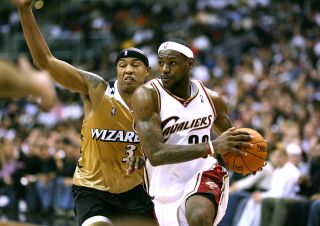 Their contractual relationship began the summer of 2003, when James signed with the Cleveland Cavaliers. James began paying Paul a salary of $48,000. According to Chotiner, James regarded the payments as “an investment in what the relationship could become.” A few years later, Paul began working for James then-agent Leon Rose, at Creative Artists Agency (CAA).

Paul left CAA and formed Klutch Sports Group in 2010 after the controversial announcement made by James on “The Decision” —an  ESPN live broadcast—in which he declared he was leaving the Cavaliers. James declared “I’m going to take my talents to South Beach and join the Miami Heat.”  The press took a very dim view of "The Decision," but James has no regrets (or will admit to none), and his move from Cleveland to Miami became the model for later moves by star players who want to dictate where they play and with whom they play.

Paul began to develop powerful influence in the N.B.A with James as his star client. They have become associated with “player empowerment.” Player empowerment is the influence that athletes wield as they change teams and build new fan bases. The argument in favor of player empowerment is that too much control has been in the hands of teams who can trade a player on a whim. Players should have some say in where they work and live. This philosophy allows the league’s best athletes to have the most leverage because they bring in the fans, jersey sales, and general revenue. Paul believes players should have more power over who and where they sign with.

The dynamic between the league, athletes, and player empowerment, is intertwined with race. Historically, basketball—a majority Black sport—has always been run by white owners. As players have become increasingly more outspoken about politics, the league has had to follow suit, like embracing the Black Lives Matter movement.

The dynamic in NBA player contracts has certainly changed, at least at the top of the NBA food chain.  The game used to be that owners would lock in young players to multi-year contracts.  If the players underperformed or became injury-prone, the owners retained the ability to trade them.  If the players exceeded expectations, they were systematically underpaid until their contract came up for re-negotiation.  Sorry Scottie Pippen.  Now, the star players can reverse the option.  With Paul's help, they star prospects can now negotiate generous contracts but retain some contractual flexibility to move to different teams, and the league and the owners seem relatively powerless to prevent them from doing so.

Critics of player empowerment say it has put too much power in the hands of players. Bomani Jones, a sports journalist for ESPN state that player empowerment is a catchall for the fact that the league has done a terrible job empowering team, and that the N.B.A. has a problem with real estate; they have teams in places where young Black men do not want to live.

Although Paul is proud and willing to fight for his clients, he struggles with the impression that he is constantly battling with teams. He said that perception is all wrong. “What I am focused on was how to educate the athletes. It’s one thing to be a black man in America it’s a totally different thing to be a black athlete.”

For Black athletes, Paul explained, the sudden wealth of an NBA contract comes with a ‘black tax.’ Black tax is the difference in experience black athletes face compared to that of white athletes. For some Black athletes, their number of dependents is higher, their education may be lower, their financial literacy lower, and their family infrastructure is lesser. Paul and others at Klutch say they see their job not only as making money for players, but also teaching them how to spend it. Furthermore, family members of young athletes historically have only seen White men in a position of agent or head coach, so that is who they tend to seek out and listen to. It is difficult for Paul to represent White athletes because they do not seek him out and they do not expect or trust Black agents. 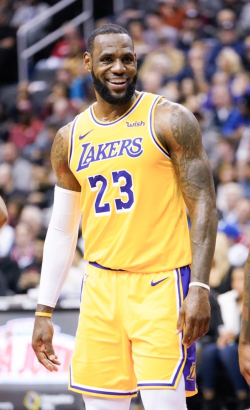 Klutch became known for driving hard bargains, especially for James. Paul's reputation was cemented when James joined the Lakers in 2018. The following year, Paul pressured New Orleans Pelicans to trade Anthony Davis to the Lakers—which cemented the roster that enabled the Lakers to win the NBA championship in 2020.  Paul's strategy has aggressive:  he let it be known David was demanding a trade and that the he really wanted to be traded to the Lakers.  Davis's value to the Pelicans dipped precipitously.  He didn't want to play for the team and he didn't want to risk injury.  Paul effectively called the bluff of the owners.  They disapproved of the tactics, but Paul forced them to recognize the market power their star players wield.   The N.B.A. fined Davis fifty thousand dollars for the trade demand.   Why even bother?

Paul’s success has led to debate about what it takes to be a good agent. Paul cannot match his rivals in formal education.  Most other agents are lawyers or have lawyers. But Paul understands the business, and he understands the psychology of the players, the agents, and the "Euro men in their fifties" who still make the decisions for teams. Now for Paul’s star clients, the job is about finding new ways to wield power, including using the media. In 2018 Paul negotiated an unconventional deal for NBA prospect Darius Bazley. Bazley reneged on a commitment to play for Syracuse University but was later paid $1 million for an internship at new balance. The next year the NCAA announced a new rule: agents could not represent college athletes unless they themselves had a college degree. Then James took to Twitter and dubbed the new regulation #TheRichPaulRule. Within a week the NCAA rescinded the rule.

Chotiner's article provides a behind-the-scenes look at how Paul recruits clients.  He recounts a Zoom call between Paul and an NBA-prospect's mother.  Paul encourages the young athlete to talk about his teammates and his team mentality, about his enthusiasm for playing defense and being a play-maker rather than just a scorer or showboater.  The mother quickly grasps that the strategy is to spout cliches to counteract the prejudices about young Black athletes her son is likely to encounter.  But to her, it sounds like forcing her son to repress his personality and bow before these new White masters.  Paul is playing the long game.  For him, it is not about bowing down to anyone.  it's about achieving a balance that enables young stars to rise.

Once players rise to stardom, they have more freedom to speak for themselves.  Klutch has athletes speak out on political or social issues. Michael Jordan would not even say whether he preferred classic Coca-Cola or new Coke.  James has spoken out on the killing of George Floyd, police brutality, and Georgia’s restrictive voting laws. Paul said that however the players decide to involve themselves is up to them, and that they should not be tone-deaf to things happening around them.

The new model works well for the star players, but does it improve the sport?  From my perspective in Oklahoma City, I still hear complaints about Kevin Durant's abandonment of the Thunder.  I hear this from White fans, and I suspect that, while the NBA's popularity bridges racial gaps in the U.S., the people buying (unbelievably expensive) seats in stadiums and (unbelievably expensive NBA gear) are mostly White.

I've only been here a year, and with COVID, people aren't thinking much about attending sporting events (other than college football, which never stopped here), but nobody has ever brought up the Thunder in conversation with me since I arrived.  I follow basketball a little, but I can't name a single Thunder player.  I follow the Bulls, but I know at the start of every season that the Bulls do not have three all-stars, so they will not be in serious competition for the championship.  Seems like a doomed model for small-market cities like New Orleans, Oklahoma City, and the New York Knicks.

Still, it seems preferable to baseball contracts where, for some reason, owners lock themselves in to multi-year contracts valued in the hundreds of millions of dollars with players who are nearing their peaks and will be paid tens of millions late in their careers.  Such older players often are of limited value to the club, often relegated to the roll of designated hitter.   I wonder whether, for that reason, the average age on American League teams is a bit higher than on National League teams.  On the one hand, perhaps it is nice that these players get to enjoy the riches denied them in their primes.  On the other hand, it must frustrate elite athletes to compete and under-perform.  It also hurts their teams, because salary caps prevent baseball teams with older, expensive players from trading for top players still in their prime.

Thanks to ContractsProf Blog Intern, Alyssa Cross, for her research assistance!