In Niz-Chavez v Garland, (decided April 29, 2021), the Court construed statutory language in the Illegal Immigration Reform and Immigrant Responsibility Act of 1996 (IIRIRA). It held that a requirement that the government give an undocumented alien “a Notice to Appear” for a deportation hearing, necessary to terminate a residency period, was not satisfied when the notice was given in two installments. The majority ruled that “a” notice meant one document, and not two documents, the first containing the charges and the second containing the date and time of the hearing. 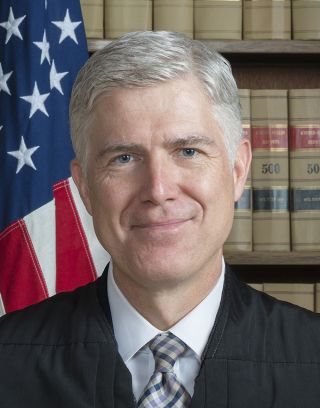 Appellant did not dispute whether he had adequate notice of the deportation hearing for purposes of its validity under § 1229a. But he argued that the notice was inadequate under the separate rule in § 1229b, under which a person subject to deportation may apply to the Attorney General to cancel his removal if, among other things, he “has been physically present in the United States for a continuous period of not less than 10 years immediately preceding the date of such application; . . .” 8 U.S.C. § 1229b (b) (1) (A). But “any period of continuous residence or continuous physical presence in the United States shall be deemed to end . . . when the alien is served a notice to appear under section 1229(a).” § 1229b (b) (1) (d) (1) (emphasis added) (referred to in the opinions as the “stop-time rule.”)

The Government argued that Niz-Chavez’s 10 year clock stopped running when he received notice of his deportation hearing. He argued that the notice he received did not toll his 10 year period because it did was not a “notice to appear under § 1229(a).”

Looking closely at the wording of that section, the majority agreed, resting its position on what it said was the ordinary meaning of the statutory text defining the notice to appear:

(a) Notice to appear

In removal proceedings under section 1229a of this title, written notice (in this section referred to as a “notice to appear”) shall be given in person to the alien (or, if personal service is not practicable, through service by mail to the alien or to the alien's counsel of record, if any) specifying the following: [listing information pertaining to the charges and the date and time of the hearing] 8 U.S.C. § 1229 (a)

Niz-Chavez received one document containing the charge information and a second document two months later scheduling his hearing. Slip op., at 3. He argued that this two-installment process was not “a” notice to appear as is necessary to trigger the stop-time rule. The majority agreed.

To trigger the stop-time rule, the government must serve “a” notice containing all the information Con­gress has specified. To an ordinary reader—both in 1996 and today—“a” notice would seem to suggest just that: “a” single document containing the required information, not a mishmash of pieces with some assembly required. Slip op., at 5.

The majority then rejected the dissent’s reading of the same statutory text:

The majority went on at some length about the ordinary understanding of “a” as referring to singular, countable things. Slip op., at 6. It also argued that the context of the rule similarly implied a single document. Id. Thus, the multiplicity of notices actually received by Niz-Chavez was not the “notice to appear under § 1229(a)” that terminated his period of continuous presence in the United States under § 1229b (b) (1) (d) (1). 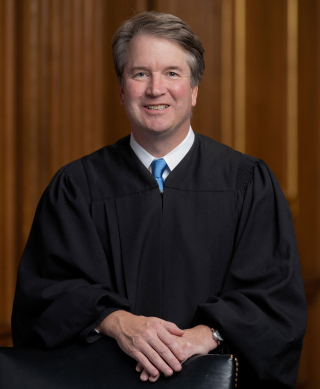 The dissent, like the majority, based its argument on the text and structure of the statute, which it claims authorizes the notice to appear to be contained in more than one document so long as it contains all the information required to be given. It complained that the majority ignored the ordinary meaning of the statutory definition of “notice to appear” in § 1229(a), which nowhere demands that notice be given in a single document. Kavanaugh Slip Op. at 5-7, 8-9. The notice given to Niz-Chavez fulfilled all the statutory requirements as to content. Relatedly, the dissent also argued from the structure of the statute that the notice that initiates the removal procedure is the same notice that stops the 10 year clock, and that everyone concedes that the former is not required to be in one document. (Kavanaugh Slip Op. 8)

The dissent also dusted off the familiar argument that if Congress had intended that the 10 year limit to be ended only by a single document, it could and would have said so clearly and without relying on inferences to be drawn from quotation marks. (Kavanaugh Slip Op. at 7). It also pointed out that the anomalous result of the majority’s reading is that the form of notice needed to initiate the removal proceeding is less demanding that the form of notice needed to stop the continuous presence period. Kavanaugh Slip Op. at 8-9.

As is usual in such debates, each side forecast unwelcome consequences of the other’s interpretation. The majority argued that the dissent’s position would permit the government to send an endless stream of documents to a confused person who would be unable to understand their collective import. Slip Op. at 14. The dissent argued that, under the majority’s rule, even sending the notice in two envelopes received on the same day would be insufficient. Kavanaugh Slip Op. at 12. The arguments reductio ad absurdum were fought to a draw.

The rhetoric of the opinion is worthy of comment. Writing for the majority, Justice Gorsuch begins with an aside enlisting the reader’s sympathy with those who, like himself, must manage lengthy government forms. (Slip op., at 1) The reader is all set to learn about an unfortunate person who will be forgiven for a minor error in filling out a form, only to discover that in this case, it was the government that is hoist on its own petard for failing to satisfy statutory demands in a form of its own devising. This dig prepares the reader for an analysis designed to vindicate the interests of ordinary people against the confusing regulations imposed by an over-reaching government.

At the end of the majority opinion, Justice Gorsuch’s peroration elevates his grammatical combat into a matter of constitutional significance.

“At one level today's dispute may seem semantic, focusing on a single word, a small one at that. But words are how the law constrains power. In this case the law’s terms ensure that when the federal government seeks a procedural advantage against an individual, it will at least supply him with a single reasonably comprehensive statement of the nature of the proceedings against him. If men must turn square corners when they deal with the government, it cannot be too much to expect the government to turn square corners when it deals with them.” Slip op., 16.“

On a less lofty level, in the internecine conflicts among the new textualists, all battles begin with a mutual pledge of allegiance to “ordinary meaning.” Slip op., at 4, 15; Kavanaugh Slip op., at 10. But the ever more frequent disagreements among Scalia’s heirs and disciples over the ordinary meaning of the simplest statutory texts (“discriminate because of sex”; “a notice to appear”) lead one to doubt that faithful adherence to ordinary meaning under the banner of textualist originalism can reliably constrain interpretation and assure fidelity to law.

Finally, to the reader has come this far, I confess that, as someone who has lived all his life in a world of “ordinary meaning,” I am unable to discern any real difference in the meanings of the following expressions:

Written notice (in this section referred to as notice to appear)

Written notice (in this section referred to as “notice to appear”)

Written notice (in this section referred to as a “notice to appear”).

Which just goes to show I’m not ready for the Supreme Court.

What do we make of the line-up in this 6 to 3 decision: GORSUCH, J., delivered the opinion of the Court, in which THOMAS, BREYER, SOTOMAYOR, KAGAN, and BARRETT, JJ., joined. KAVANAUGH, J., filed a dissenting opinion, in which ROBERTS, C. J., and ALITO, J., joined.

My take: the liberal Justices think that if the government is going to impose severe penalties on people subject to its immigration laws, those laws have to be absolutely clear. Textualism, rule of lenity, contra proferentem. Who cares? Any number of doctrines get you there. They are willing to sign off on a textualist opinion (here, as in Bostock and McGirt) for strategic reasons. For the chief, and Justices Alito and Kavanaugh, their priors take them in the other direction. I think smart appellate litigators are taking note. Splits among the conservative Justices about how to do textualism right are one way to get outcomes in which the liberal Justices join the majority.

I think there is more at work here. Note the divisions among the conservatives in this case and in the Bostock case last term. Both cases involved disagreements on how textualist-originalist interpretation should be practiced on mundane statutory language. [Both, in my opinion, involved construction rather than interpretation, but that is another matter.] The alignments were significant: Gorsuch wrote the majority in both cases: Alito and Kavanaugh were in dissent in both cases. The Chief and Thomas moved back and forth. I think there is a battle going on between Gorsuch and Kavanaugh/Alito over who will inherit Scalia's mantle as chief textualist/originalist.

Completely agree that this is a battle over who will claim J. Scalia's legacy. I feel pretty confident that if he were still on the Court, J. Scalia would have written the dissent, and it would have been scathing. And yet, J. Barrett, who sees herself as a disciple, joined the majority. Any thoughts on how to explain that?