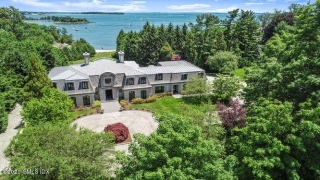 There are many things about 136 Field Point Circle Holding Co., LLC v. Razinski that I do not understand.  For example, why would one pay $9 million for the option to purchase a property for $19 million?  And why would one do that if one were not absolutely certain that one could put together the necessary financing so as not to lose the $9 million plus $1 million in liquidated damages?  Fortunately, that is not a contracts law issue.

The issue that matters to us is whether the $1 million liquidated damages provision is enforceable, and it is.  The liquidated damages were not "grossly disproportionate" in relation to the failure to sell a property valued at between $20 and $30 million.  The Razinskis were proceeding pro se in the matter after the court granted their attorney's motion to withdraw.  That may explain why, although they raised what looked plausible legal theories, the court summarily rejected them as lacking factual support. 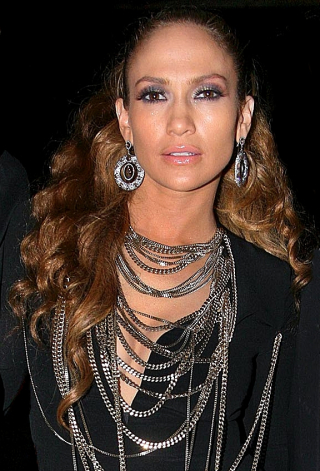 I think I do understand the facts underlying Crown Jewels Estate Jewelry, Inc. v Underwriters at Interest at Lloyd's London, and what great facts they are.  Crown Jewels thought it loaned $2 million worth of jewels to Sony International films so that Jennifer Lopez (pictured) could wear them for a shoot in Miami.  In fact, the jeweler was working with an agent for James Sabbatino, a member of the Gambino organized crime family who engineered the heist from his prison cell!  The jewels were never recovered, and Sabbatino was convicted of RICO violations and sentenced to 240 months in prison.  Prison guards uncovered the scheme when they went to his cell looking for the jewels (or perhaps Jennifer Lopez) and found Sabbatino talking on one of his cell phones!  I'm imagining a scene that ends with the words, "Uh, I'm gonna have to call you back."

Anyway, the contracts issue was whether the jeweler's insurance would cover the loss.  It didn't because of something called the dishonest entrustment exclusion.  The rule applies when "[t]he loss of plaintiff's jewelry resulted from theft or an act of dishonest character on the part of the persons to whom the jewelry was entrusted. It is irrelevant to whom or for what purpose the jewelry was actually or intended to be entrusted." Harsh.