E.D.N.Y. Finds that Home Insurance Policy Does not Cover Harms Caused by Cyberbullying 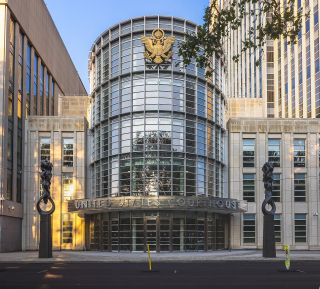 The blog has discovered a Twitter feed devoted to cases involving New York's law of contracts.  Going forward, readers can expect to be well-apprised of contracts developments from the Empire State.

Our first installment is very 21st-century and comes from the Federal District Court for the Eastern District of New York.  In Allstate Vehicle and Property Ins. Co. v. Mars, a minor was using a computer in the home to send racist and threatening images to two classmates.  Citing both federal statutory law and New York common law, the victims of this cyberbullying sued the parents, both individually and as parents to the child.  Pursuant to a home insurance policy, Allstate defended the Mars family in the action, subject to a partial denial and disclaimer that the policy only covered two of the causes of action.  When all claims but intentional infliction of emotional distress (IIED) were dismissed, Allstate denied coverage, alleging that the policy excluded claims arising out of intentional conduct and claiming that the plaintiffs in the underlying matter had not alleged bodily injury.

The court rejected Allstate's argument that IIED does not involve bodily injury, as emotional distress can and often does result in bodily harm.  However, Allstate's policy covers only "occurrences," which are defined in the policy as "accidents."  An intentional act is not an accident, but an intentional act may cause accidental injury.  In this case, however, the purpose of the intentional cyberbullying was injury.  As a result, the Eastern District concluded, there was no "occurrence" triggering coverage, and Allstate did not have to defend or indemnify the Mars family.  In addition, the policy also excluded coverage for intentional acts.  For that reason too, Allstate had no obligation to defend or indemnify here.

Allstate did not have to indemnify for punitive damages both because the policy affords no such coverage and because, under New York law, insurers are prohibited from doing so.  Allstate's letter disclaiming coverage was timely because "timeliness of an insurer’s disclaimer is measured from the point in time when the insurer first learns of the grounds for disclaimer of liability or denial of coverage."  Allstate advised the Mars family that it was denying coverage as soon as it learned that the court had dismissed all but the IIED claim in the underlying action.  The parents of the victims of the cyberbullying also argued that Allstate was obligated to provide coverage, but the court rejected their arguments in a few paragraphs.