In In re Cinimex US Real Estate Holdings, the Debtor was an operator of 41 movie theaters in 12 states.  A lessor sought back rent from one of those movie theaters, located in Florida.  Debtor first argued that its performance was rendered impossible by Governor DeSantis's order closing all movie theaters.  Even after that order lapsed, Debtor contended, its purpose was frustrated because, even though Governor DeSantis insisted that Florida was open for business, most Floridians (and visitors) preferred not to take in a potentially lethal virus along with their popcorn and cinematic escapism.

The court sided with the Debtor and excused its obligation to pay on the lease during Governor DeSantis's shutdown order.  The contract specifically provided for excuse based on governmental action. However, the court read the governmental action provision as excusing but also extending the Debtor's obligations. If Debtor could not pay for three months, the lease is automatically extended for three months so that lessor still gets paid for the full contract price, even if it takes an extra three months before lessor can collect its rents.

Moreover, Debtor cannot be excused for its business decision not to re-open once the Governor permitted movie theaters to operate at 50% capacity.  The fact that it could not operate profitably under such conditions did not render its performance impracticable.

Debtor argued that it did not reopen at 50% because it feared that it might face liability if people became infected at their venue.  The court found the argument disingenuous because the theater did re-open while the pandemic still raged.  Moreover, the court pointed out, other businesses managed to re-open, and so there was nothing special about the choice that Debtor faced. 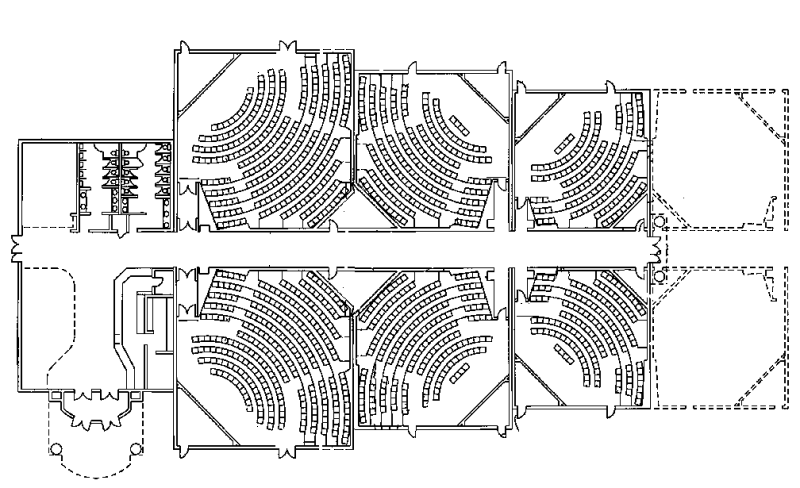 Hmmm.  Perhaps let's assume that the Debtor was not at all  concerned with contributing to a  public health crisis and was only concerned with liability.  Those concerns likely ebbed once it became clear that, because we never invested in contact tracing in the U.S. as did other countries, no venue would face liability for failure to take responsible measure to prevent the spread of COVID-19.  If exposure to liability motivated Debtor's decision to remain closed, the fact that Debtor reopened late in 2020 does not mean that it would have been prudent to do so in June.  Moreover, from a public health standpoint, the court seems to encourage a race to the bottom.  Some businesses re-opened, regardless of whether doing so was the best way to flatten the curve.  So now every business must do so or pay damages for breach of contract?

Finally, the court is certainly correct that a contract does not become impracticable at the moment that it becomes unprofitable.  Nonetheless, the court ignores the fact that this contract became unprofitable for two reasons, either one of which could have counted as an excuse.  First, governmental action prevented Debtor from opening up its theaters entirely.  They could only operate at 50% capacity.   Operating at 50% capacity would have been an unprofitable choice forced upon the theater by government action.  That seems to me to be a different case from a mere claim that the contract had become unprofitable.  Also, even if the theaters had opened, they would not have operated at 50% capacity because nobody was going to theaters.  That fact strikes me as giving rise to a force majeure/act of God argument that the contract recognizes as giving rise to an excuse.  Other businesses may have opened, but other businesses were not theaters.

Thanks to OCU Law graduating student Jasmine House for her research assistance!