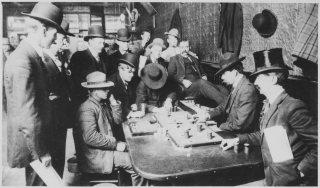 The Akwesasne Mohawk Casino Resort (Casino) is located in upstate New York near the Canadian border.  On March 15th, 2020, St. Lawrence College in nearby Kingston, Ontario announced that it was closing its campus because a student had tested positive for the novel corona virus.  In the following days, the Saint Regis Mohawk Tribe declared a state of emergency and closed the Casino.  The Casino immediately notified its insurer, Affiliated FM Insurance Co. (FM), that it intended to make a business interruption claim.  As it became clear that FM would deny the claim, the Casino filed suit.

On April 15th, the U.S. District Court for the Northern District of New York granted FM's motion for judgment on pleadings in Mohawk Gaming Enterprises LLC v. Affiliated FM Insurance Co.  As in many similar cases (discussed, e.g., here, here and here), the decision turned on the requirement that an insured seeking to make a business interruption claim must show that the business interruption was caused as a “direct result of physical damage.” As the court noted, "numerous courts around the country—including those that have applied New York law—have routinely held that the mere presence or spread of the novel coronavirus is insufficient to trigger coverage when the policy’s language requires physical loss or physical damage."