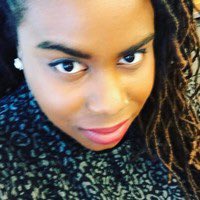 For some time, I have been hoping to find the time to read and write about "Whiteness as Contract," by Marissa Jackson Sow (pictured).  As one might expect, Jackson Sow's paper builds on the foundation of Cheryl Harris's classic Whiteness as Property and Charles Mills' The Racial Contract, and supplements that work with additional perspectives on the interaction of the racial categorization of people and the law.

Jackson Sow argues that within the American social contract, whites have bargained amongst themselves to create a legal construct of whiteness.  Black people thus cannot exercise contractual rights or enforce legal remedies to which they might seem to be entitled.  For example, Jackson Sow begins her article with an account of the attempted lynching of Vauhxx Booker on July 4, 2020.  The attack on Booker was recorded, and the racial impetus of the attack was clear from the language his attackers used and from the fact that the white friends who accompanied Booker were unharmed.  But Booker was accused of trespassing on private property and his attackers were not criminally charged.  Addressing primarily the experience of those who, to use Jackson Sow's terms, are raced Black, and Indigenous people the article presents:

alternative theories of whiteness: whiteness as social contract; whiteness as hegemony that is preserved and entrenched in society via commercial and government contracting; and whiteness as property that is bargained-for. Whiteness is not a biological or hereditary trait, but rather a political status continuously, and collectively, negotiated by those who possess the status of whiteness and recognize it as an asset.

Violence against Black people and Indigenous people is not a failure of American democracy, Jackson Sow argues, it is part of the "twin performance mechanisms of whiteness -- structural and physical brutality."

The point is not that Black people can never contract.  Black people do enter into contracts all the time, and much of the time, their contracts are enforced through the same mechanisms available to white people.  However, as Jackson Sow puts it, the right of Black people to contract can be "interrupted, undermined, or otherwise challenged" often in systemic ways that negate the recognition of Black legal personhood.

Jackson Sow's theory of whiteness as contract is multi-faceted, with many working parts.  I cannot do it justice in this space.  I admire the piece for its ambition, its range, and its reliance on real-world examples that help Jackson Sow to illustrate and concretize her theoretical model.  Jackson Sow sets out her theory of whiteness as contract in Part I and explores aspects of the contract, including conditions of performance and remedies for breach, in Part II.  She then proceeds in Part III to discuss case studies, including the water shutoff and mortgage foreclosure scandals in Detroit, the Flint water scandal, and Byron Allen’s § 1981 action, alleging that Comcast had engaged in racial discrimination.  In the final Part, Jackson Sow offers a path that leads towards the revocation of the contract and whiteness and towards reparative justice.

Among hopeful signs, Jackson Sow highlights both interracial alliances to combat harassment of Black people and legislation aimed at deterring people from abusing 911 systems to report Black people who are engaged in ordinary, law-abiding activities.  Beyond that, she calls for  counter-hegemonic organizing and the creations of an anti-racist social contract, the terms of which can be negotiated among those excluded from the current hegemonic system.  Finally, Jackson Sow suggests legislative measures, including reparations that can be created through the tax system, to both compensate Black people and communities who have suffered harms created by the racial social contract and to prevent future abuses.

We are hoping that Jackson Sow will join us as a guest soon and expand further on her work.

This post is part of a continuing series on introducing critical perspectives, including critical race theory into the teaching of first-year contracts.  Other posts in the series include: