Last week, both Sid DeLong and I posted on the Burt case, consolidating cases against universities in Rhode Island.  Those suits did not succeed, at least to the extent that they sought refunds of tuition.  Claims relating to fees survived the universities' motion to dismiss.

In the comments on my post, a reader helpfully pointed us to this site, which references two similar claims brought against Boston University and Stonehill College.  Those two cases survived motions to dismiss. 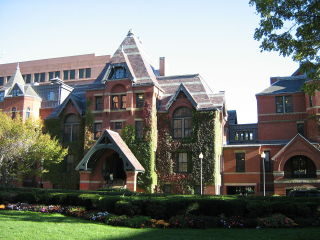 In In re: Boston University COVID-19 Refund Litigation, just as in Burt, plaintiffs alleged on behalf of a class of similarly situated students breach of contract and unjust enrichment in connection with BU's decision to close its campus in March 2020 in response to the global COVID-19 pandemic.  Students sought recovery of tuition paid for courses in the Spring 2020 semester on the ground that students had paid for in-person instruction and hand not received it.

Drawing all inferences in plaintiffs’ favor, the federal district court on January 7th found that it could not, as a matter of law, "say that no student could have reasonably expected that paying the tuition charged for the Spring semester of 2020 and registering for on-campus courses would entitle them to in-person instruction."  The court accordingly denied BU's motion to dismiss as to tuition.  It similarly denied BU's motion to dismiss as to fees and access to facilities.  Adopting similar language, the court observed that it could not conclude as a matter of law "that plaintiffs could not have reasonably expected that their payment of mandatory fees would grant them access to at least some of the on-campus facilities and resources shut down by BU on March 22, 2020."  For the same reason, the court refused to dismiss plaintiffs' unjust enrichment claims.  The court only dismissed claims to entitlement to compensation for room and board for the week of March 15th-22nd.  BU encouraged students to leave campus during that week, but it did not evict students. 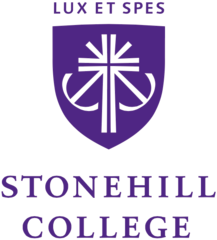 In Moran v. Stonehill College, plaintiff sues on behalf of a proposed class, seeking recovery sounding in breach of contract, unjust enrichment, and statutory deceptive practices claim that was dismissed as inapplicable to a non-profit institution.

Like other schools, Stonehill shut down in mid March.  It refunded 42% of students' meal plan payments, but Moran alleges that Stonehill unfairly offered only a credit on room and board to be used towards Spring 2020.  Stonehill also allegedly has not refunded 42% of the fees that students paid for services to which they had no access after mid-March.  Plaintiff also seeks to recover the difference in value between in-person and online instruction, pointing out the Stonehill charges less for online courses.

Citing the B.U. case and Stonehill's promotional materials in its February 16th opinion, the Massachusetts Superior Court found that it could not dismiss plaintiffs breach of contract claims or unjust enrichment claims at this stage.  The court rejected Stonehill's attempt to seek dismissal based on a force majeure clause in its online academic catalogue, the "Hill Book."  Force majeure, the court noted, would only excuse performance.  It would not entitle Stonehill to payment for services that it had not provided.

It will be interesting to see how the cases proceed from here.  I am still skeptical about plaintiffs' chances of success on the merits in their case in chief.  If they do succeed, the results will be ruinous to some small colleges that were suffering financially even before the pandemic.  Going forward, look for clear language in college recruitment materials stipulating that colleges and universities cannot guarantee that students' actual experiences will correspond to those depicted in marketing materials.  But anyone who has ever been drinking a carbonated beverage while watching a commercial for carbonated beverages already knows that such experiences may vary.

Thanks for posting this follow-up entry and sorry I never did respond to your earlier feedback. Unfortunately I think the moment for that has passed. About all I can say for now is that I agree it'll be interesting to follow the cases' future progress. I'm also a bit more optimistic for the plaintiffs' likelihood of prevailing, and not surprisingly I guess, sympathetic to their financial plight. Finally, I do think if colleges try to come out and say unequivocally they reserve the right to toggle from in-person to online while still charging full freight, that may cause something of an uproar.