Unjust Enrichment and Misappropriation of Trade Secrets under Delaware Law 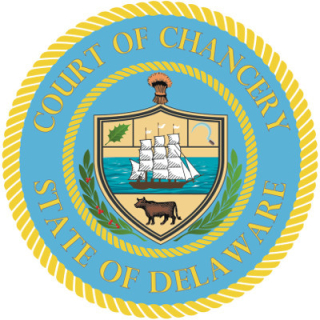 The enterprise of these companies is interesting, and the case raises some interesting policy questions.  Based on the opinion, it seems that 250ok developed a "sensor network" called MailboxPark that helps advertisers evade spam filters.  It may be that this is a socially-useful product.  For example, if you are a non-profit sending out your newsletter to donors and supporters, that newsletter may get caught up in spam filters, notwithstanding your donors' and supporters' genuine interest in receiving and perhaps even perusing your newsletters.  But I fear that MailboxPark may have the more nefarious purpose of sending me ads for things I really, really am not interested in.  In any case, SparkPost entered into a "Reseller Agreement" with 250ok, pursuant to which SparkPost helped distribute 250ok's product to its customers.  250ok alleges that SparkPost violated the Reseller Agreement by creating a rival product through reverse engineering so that it could compete with 250ok.

The policy question has to do with the relationship of common-law and statutory causes of action.  In 250ok, the Delaware Chancery Court followed other courts in holding that the quoted language from DUTSA precludes other claims arising from an allegation of misappropriation of a trade secret even if the statutory claim fails.  250ok tried to argue that DUTSA only displaces tort-based claims but could not reach contract-based claims like unjust enrichment.  The court properly rejected that argument, because an unjust enrichment is certainly a "restitutionary" claim, and it is not contract-based.  Here, the court was satisfied that 250ok's unjust enrichment claim arose from the same set of factual allegations as is DUTSA claim.  The clear language of the statute thus mandated its dismissal.

So the case is easy -- the Chancery Court was just following well-established case law, but it still has me scratching my head.  Certainly we would not want double recovery, but plaintiff could not get double recovery even if DUTSA were silent about its interaction with common-law remedies. Still, I don't understand why the legislature would want to prohibit plaintiffs from pleading in the alternative.  They can't know for certain at the pleading stage that they will win on their DUTSA claim.  Why shouldn't they be permitted to allege unjust enrichment as a fall-back in the alternative?  It's not even clear to me that the courts that have interpreted DUTSA's language have gotten it right.  After all it only says that DUTSA displaces "conflicting tort, restitutionary and other law. . . ."  But an unjust enrichment claim arising out of the same factual circumstances is a complementary claim, not a conflicting claim.  Just sayin'.

This is quite interesting, thanks for posting. I agree that alternative claims should be allowed, and that, by its own terms, the statute wouldn't seem to preclude complimentary claims.

(1) I'm showing my nerd bonafides here, but if anyone was curious about 250ok's seemingly-odd name, that comes from the internet email transmission protocol. In the protocol, a "250 OK" response from a server means (inter alia) that an email was successfully transmitted. See https://en.wikipedia.org/wiki/List_of_SMTP_server_return_codes#%E2%80%94_2yz_Positive_completion

(2) You stated in the initial paragraph that "Message Systems operates under the name of SparkPost, so I will call them that here." However, in the following paragraph you reverted back to calling them Message Systems.

Thanks, guest! My, that is irksome, but corrected now.