Earlier this week, we posted about "Lipstick on a Pig": Specific Performance Clauses in Action, by Theresa Arnold, Amanda Dixon, Madison Sherrill, Hadar Tanne, and Mitu Gulati.  The same authors have another article, Damages as a Function of Fault: Willful Breach in M&A Contracts.   Both articles, as well as The Myth of Optimal Expectation Damages, about which we blogged in September, were made possible by a grant to the Duke University School of Law from the family of William Perdue.  The fund was meant to encourage collaborations in the vein of Lon Fuller and William Perdue from the 1930s.  At the time they wrote their pathbreaking works on the reliance interest, Lon Fuller was on the Duke faculty, and William Perdue was a 3L!

Here's the abstract for the latest, free from SSRN

The traditional framework of U.S. private law that every first-year student learns is that contracts and torts are different realms: contracts is the realm of strict liability and tort, of fault. Contracts, we learn from the writings of Holmes and Posner, are best viewed as options: they give parties the option to perform or pay damages. The question we ask is whether, in the real world, that is indeed how contracting parties view things. Using a dataset made up of a thousand M&A contracts and thirty in-depth interviews with M&A lawyers, we find that there is at least one significant area of transactional practice that rejects the “fault is irrelevant to contract breach” perspective. 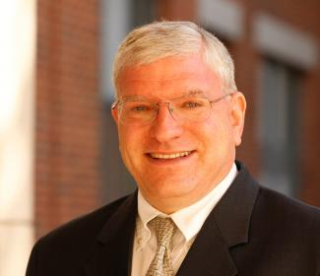 Ten years ago, Omri-Ben-Shahar and Ariel Porat published a book on the subject of Fault in American Contract Law.  The book is the product of a conference that I attended.  That conference included one of the most memorable moments I have experienced in the academy.  Richard Posner delivered a paper called "Let Us Never Blame a Contract Breaker."  George M. Cohen (pictured) presented a paper arguing, more or less, the opposite, which was entitled "The Fault that Lies Within Our Contract Law."  As he started his paper, Professor Cohen noted that it had occurred to him that Judge Posner's title was trochaic pentameter, while his was iambic pentameter.  The difference between the two papers, Professor Cohen observed, was really just a matter of emphasis.