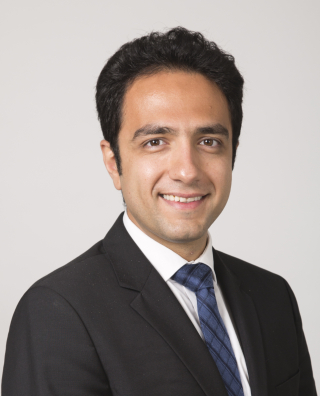 Today’s post summarizes my paper’s findings regarding the factors (predictors or variables) that determine courts’ decisions in force majeure clauses. Yesterday’s post dealt with my paper’s explanation for the parties' inclusion of force majeure clauses against the backdrop of the same/similar doctrines in common law and UCC (i.e., impossibility, impracticability, and frustration of purpose).

The second inquiry of the article tries to make sense of courts’ decisions by analyzing the weight given to six types of events and three types of reasoning as explained below.

In reviewing courts’ opinions, I realized that courts generally use three factors (predictors) related to force majeure clauses: Whether the event was foreseeable (foreseeability); whether it was beyond parties’ control (controllability); and whether the language of contracts include the events before them (lexical interpretation). Although some of the inquires can be intertwined, my main question was the weight given to these factors. These factors can be outcome determinative. For instance, if foreseeability is key, the query is whether parties could foresee a global pandemic at the time of the formation of their contracts. If control is the main inquiry, the question is whether the non-performing party could avoid the consequences of Covid-19 (hence a due diligence test) by, for example, placing the restaurant tables outdoors. Last, if the language is key, the main question is whether Covid-19 falls under any of the events listed (is it an Act of God, for example?).

A corollary of this inquiry is whether the type of events (for instance, natural events as opposed to economic downturns) have any bearings on the type of reasoning the courts have employed. Accordingly, I created the model below which underpins the empirical aspect of the paper:

For the empirical approach, in summary, I used the Harvard Caselaw Access Project (they kindly featured this article). After cleaning, stemming and lemmatizing the text of the opinions related to force majeure from the year 1810 onwards, I applied natural language processing techniques including creating frequency scores based on bag-of-word model, TFIDF, and cosine similarity (in doing so I benefited from Jonathan Choi’s article, and Law as Data, edited by Michael Livermore & Daniel Rockmore, and empirical works by Jed Stiglitz, Eric Talley, Julian Nyarko, and Sarath Sanga among others). I created a dictionary of related concepts (for example, for the “governmental acts” category I included the words “regulations” “shutdown” “closure” “permit” among others.).

Last, I applied regression analysis (including bootstrapping techniques in particular Hayes’ moderation and mediation methods, which may be the first use of its kind in this context in legal scholarship).

Some of the findings reinforce what we expected and some are new. For example:

I also hand-coded 110 decisions for their outcomes (accept or reject) (to be precise, decisions were coded as accept, reject, or not clear/not sure. I then created a dummy coded variable in which “reject” was coded as 1, “accept” was coded a 0 and “not sure” was not included.). The result is as follows:

In summary, the empirical aspect reveals that the type of event (e.g., natural events v. economic downturn) is not directly related to courts’ force majeure analyses. However, the control variable consistently mediates (explains) the relationship between the two. Put simply, the beyond-the-control-of-the parties standard is the most important variable. The effect of control on force majeure is moderated (more pronounced) in state courts.

Tomorrow’s post will explain the normative aspect of the article which suggests that promisee’s degree of reliance should play a bigger role in force majeure analysis.