Fredric Eshelman, a venture capitalist based in North Carolina, has filed a fascinating suit in the District Court for the Southern District of Texas (h/t Cesar Rosada-Marzan). According to the allegations of the complaint, Mr. Eshelman donated $2.5 million to the Validate the Vote Initiative based on representations that the organization needed about $7.5 million to pursue a multi-pronged strategy involving the filing of lawsuits alleging voter fraud in seven states that President-elect Joe Biden won by narrow margins. 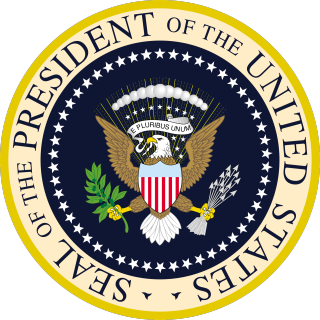 Mr. Eshelman alleges that his gift was conditioned on representations that it would be used to fund the initial stages of the Validate the Vote project.  However, when he sought information about the project's progress, Eshelman received "vague responses, platitudes, and empty promises of follow-up that never occurred."  Defendants eventually provided Mr. Edelman with copies of complaints filed in four of the states, but he could learn nothing about the litigation in three others.  Plaintiff never learned the identify of "whistleblowers" on whom defendants would rely or the substantive claims they would support.  Defendants voluntarily dismissed the four suits of which they informed Mr. Eshelman on November 16th.  The next day, Mr. Eshelman requested an accounting and the return of any unused funds, which he expected to be substantial, "since nothing was accomplished."

According to the complaint, Defendants responded with a multi-pronged strategy.  They began by ignoring Mr. Eshelman's request, then pleaded for more time.  Finally, with the threat of litigation impending, they offered to refund $1 million in exchange for a waiver of further claims.  Mr. Eshelman filed suit, alleging breach of contract and conversion, and seeking a declaration that he "remains the rightful owner of the $2.5 million that was initially given as a conditional gift to Defendant."

The case is interesting because it straddles the line between contract and conditional gift.  We can construe this Mr. Eshelman's payment as given in consideration of a promise to use the money for a specific purposes.  But if that is the case, it is hard to see why Defendants should have to return the money so long as they are still attempting to challenge the outcome of the election.  The same is true if the payment is characterized as a conditional gift.  The conditions seem pretty general, and Mr. Eshelman may just have gambled and lost.  Defendants have not breached a contract or a condition if they are simply inept or if, despite their diligent efforts and lavish expenditures, they uncovered no evidence of fraud. 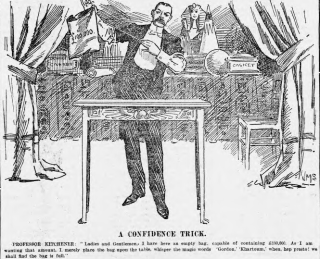 Speaking of fraud, Mr. Eshelman can and should win, if he can prove that Defendants did not comply with the condition of his gift or that they did not keep their contractual pledge to use his money for the agreed-upon purposes.  The complaint gestures towards such a fraud-based claim in paragraph 47: "Plaintiff fears that Defendant may be currently disposing (or may already have disposed) of the Plaintiff’s funds in support of unrelated projects or bad-faith expenditures supposedly in support of the Validate the Vote 2020 project."

Perhaps Mr. Eshelman's suit is just a small part of a much larger grift.  According to The New York Times, President Trump has raised $170 million since the election.  He has done so by encouraging contributions to an "Election Defense Fund," but most of the money actually goes to a new political action committee that the President set up in November and to the Republican National Committee.