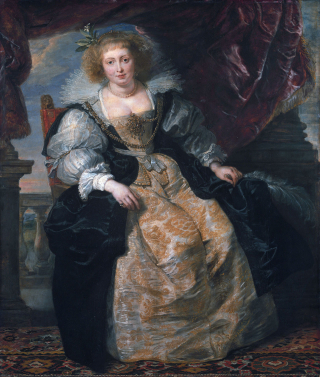 We don't write much about fashion in this space.  In a case we may have mentioned before, Judge Cardozo was downright contemptuous of the notion that Lady Duff-Gordon might be engaged in something akin to artistry.  No judge today would write of a fashion designer this way:

The defendant styles herself "a creator of fashions." Her favor helps a sale. Manufacturers of dresses, millinery and like articles are glad to pay for a certificate of her approval. The things which she designs, fabrics, parasols and what not, have a new value in the public mind when issued in her name.

Today fashion designers win respect as entrepreneurs as well as artists, which just makes the law suits all the more complicated.  As reported here on thefashionlaw.com, JLM Coutour (JLM), a major player in the world of bridal gowns, is suing one of its designers, Hayley Paige Gutman (Ms. Gutman).  On information and belief (I don't follow fashion any more than Cardozo did), Ms. Gutman is a big deal, and her designs have been featured on the television shows, Say Yes to the Dress and Say Yes to America.

The complaint, which you can find here, raises interesting questions about intellectual property law and its interaction with social media, because the intellectual property at issue is the defendant's name, or variants of it, and various media sites and web domains that JLM claims that its marketing department created but which also bear defendant's name.  Our value added is to talk about the contracts issues in the case.

Ms Gutman began her association with JLM in 2011.  According to the complaint, she was hired as a designer "on an exclusive basis."  The original five-year employment contract was extended in 2014 and again in 2019 and now runs through 2022.  Pursuant to § 10 of that agreement, JLM had the exclusive, irrevocable, and perpetual world-wide right to use Ms. Gutman's name and all variants thereof in connection with her designs.  In § 9 of the employment contract, Ms. Gutman agreed to a two-year non-compete, not to solicit JLM employees, and not to disclose any of JLM's confidential information.

JLM invested over $4 million on the Hayley Paige brand since 2012.  As evidence of the success of its marketing campaigns, JLM points out that its social media platforms grew from 22,000 followers in 2014 to over one million today.  In order to provide some sense of scale, we note that the ContractsProf Blog's Twitter account has over 200 followers.  Just sayin'.

In November 2019, Ms. Gutman began using her own name on social media accounts that JLM did not control.  When JLM objected, Ms. Gutman changed passwords on JLM Instagram accounts in her name and essentially took them over.  Ms. Gutman continued to work for JLM, but she insisted that the social media accounts were her personal accounts and she refused to relinquish control.  She posted images, text, and videos of which JLM did not approve.  JLM denies that these accounts are Ms. Gutman's personal accounts, pointing out that she has two other Instagram accounts (but one apparently belongs to her dog, so . . . ).  After a year of negotiations, JLM responded by getting a court order returning control of the accounts to JLM and blocking Ms. Gutman's access.

Last week, Ms. Gutman announced her resignation and gave her version of the relevant facts on a separate Instagram account.  You can watch her resignation video here.  It is emotional and a bit raw.   In addition to providing the perspective of a party who feels bullied by an employer that is trafficking in her name and preventing her from using it, she also provides the sage advice to anyone considering signing an employment contract -- GET A LAWYER!

It's a really interesting suit that illustrates in a really pointed way the power of contractual language and how even people with considerable market power and thus considerable bargaining power can be made to feel powerless -- and may actually be powerless -- to control the use of even their own names.