The literature that examines the questions surrounding the formation of consumer contracts is prodigious: Do consumers read standard form contracts? Are consumer form contracts even readable to begin with? Do firms incorporate unfair and inefficient contract terms by exploiting consumers’ optimism and other behavioral biases? Do firms deliberately inflate transaction costs so to manipulate consumer attention and divert it from the fine print? How legitimate is it to enforce (“rolling”) terms that are not disclosed to consumers at the time of entering the transactions? 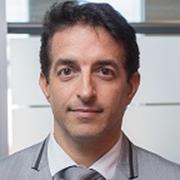 While the focus on the issues that pertain to the ex ante stage makes sense, such a focus leaves many ex post issues underdeveloped. We believe that one of the ex post topics that merits further scholarly attention is the end of the consumer-business relationship, and specifically the termination of consumer contracts.

Interestingly, the psychological literature indicates that the way an experience ends has a disproportionate impact on how individuals perceive the experience and remember it. A sour ending to an experience or a relationship can profoundly impact one’s judgment and mark the entire experience.

For online users who find themselves terminated and banned from their favorite platform or service, this can be a painful reality. That may be equally true in other offline consumer contexts, such as termination of financial services, memberships or club associations.

Consumer termination is not a negligible phenomenon, and firms routinely terminate their contractual relationships with consumers. In 2019, for example, Facebook terminated more than 5.4 billion accounts that were supposedly fake. At the same time, WhatsApp announced that it is terminating 2 million user accounts per month for apparently spreading fake news. Also recently, Discord (an online communication platform) terminated 5.2 million user accounts for allegedly publishing spam and exploitative content. The list of massive consumer terminations goes on and on. 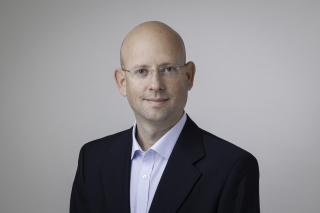 The practice of terminating consumer contracts without explaining why is socially undesirable for at least three key reasons. First, if firms are not required to explain to consumers the cause for termination, a hasty and mistaken termination is more likely to occur. Second, erroneous contract terminations, fueled by lack of explanation, generate significant costs to consumers. These costs include the loss of sunk investments, the loss of accumulated benefits, emotional costs, and switching costs. Third, termination without explanation may be based on discriminatory, yet non-transparent factors. Such terminations may disproportionately target and harm vulnerable consumers while being hidden from the public.

Given these risks and costs, we sought to empirically examine the contractual mechanisms that govern the termination of consumer contracts. Our initial sample included 500 sign-in-wrap contracts of the most popular websites in the United States, such as Google, Facebook, Flickr, Amazon, Uber, Spotify, TikTok, and Airbnb.

The results of our study show, inter alia, that the vast majority of these contracts – 482 out of 500 (that is, 96.4%(!)) sampled – are termination without explanation contracts. Simply put, they allow firms to terminate consumers without providing the underlying reasons.

Disturbingly, we found that high degrees of non-transparency are prevalent in termination without explanation contracts.

Considering these results, we propose that “a duty to explain” the reasons for contract termination should be imposed on firms. We also encourage courts to consider the three key non-transparent aggravating factors identified above when deciding termination cases.