Duty to Disclose What’s Hidden in the Fine Print 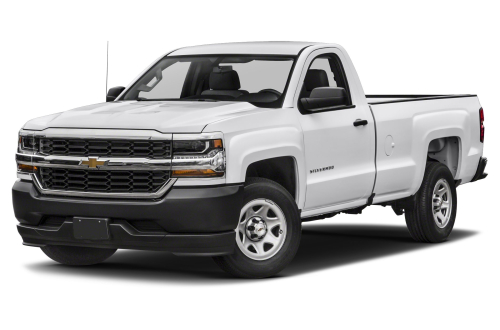 TL;DR version:  If you want to enforce a provision that isn’t obviously part of the transaction (such as an arbitration clause), you should expressly draw it to the consumer’s attention, explain it to them, and then have them sign it.

Isaac Sutton agreed to purchase a 2016 Chevy Silverado on credit from David Stanley Chevrolet (DSC) and trade in his 2013 Challenger. He was told that his credit was approved. He was given $22,800 for the Challenger for which he still owed $25,400.  For the purchase of the Silverado, he received 86 pages of documents which included a retail installment sale contract and a purchase agreement.

Sutton testified that the DSC finance manager told him the purchase agreement was for verifying personal information and information about the two vehicles.  Sutton testified that the finance manager pointed out the signature lines and then after Sutton signed, he took the documents away.  The manager, not surprisingly, did not point out the dispute resolution clause or explain what it meant.

Sutton left his Challenger at the dealership and drove off with his Silverado.  Several days later, DSC informed him that the financing was not approved and that he needed a co-signor to purchase the Silverado.  When Sutton arrived at DSC, he was told that he didn’t need a co-signor after all and there was no need to return the vehicle.

Sutton sued DSC claiming, among other things, fraud in the inducement to purchase the vehicle, breach of contract, violation of the Oklahoma Consumer Protection Act, and conversion.  DSC filed a motion to compel arbitration which was contained in the two-page purchase agreement.  Sutton responded that the retail installment sale contract contained a merger clause and that the installment contract did not contain an arbitration agreement. Sutton also claimed that the alleged agreement to the arbitration clause was fraudulently induced and unconscionable. I think it’s worth noting that Sutton testified that his family was on a tight budget and that if he were required to pay arbitration fees, he would have to find a new home (!)  I also think it’s worth noting that Sutton acted like a responsible and honest adult, continuing to make payments on his car even after it was stolen. DSC, on the other hand, comes off as not the best place to buy your next car.

The Supreme Court of Oklahoma found that “due to the false impression created by both the finance manager and the structure of the purchase agreement itself” the dealership had a duty to inform Sutton of the dispute resolution clause.  The court pointed out that unlike the other sections, the dispute resolution clause was a “totally unrelated provision” that was “tucked-in right before the apparent signature line for the trade-in vehicle section.”  Furthermore, the “unrelated provision” was in “much smaller font size.”  The court concluded that Sutton’s failure to read the “finely printed” clause was no defense for the dealership and that given “the circumstances which created a false impression" concerning the dispute resolution clause, the finance manager “was under a duty to disclose the material information to Sutton.”

The dissent had their opinions but I don’t think much of them although you can read them for yourselves if you want some blah-blah alarmist arguments about the duty to read and how all commerce will cease if we don’t make consumers stick to every single term in their unread contracts.  I think the Supreme Court of Oklahoma reached the right result – essentially, the court enforced the reasonable expectations of the consumer.  This doesn’t mean a business can’t impose a clause in a standard form contract that reallocates rights.  If it does, however, it has to at least bring it to the consumer’s attention rather than sneaking it into the fine print.  In other words, if a clause is not salient, it’s up to the drafter to make it so by drawing it to the consumer’s attention.

H/T to Stephen Sepinuck who first posted about this to the Contracts Prof list serve.

Good post! I think a reasonable-expectations doctrine is the best answer to the problem of form contracts that we can't expect a consumer to read: The consumer agrees on the assumption that the form contains terms within a reasonable range given the nature of the transaction and that any term against the consumer's interests that lies outside that range is stricken from the contract unless specifically brought to the attention of the consumer (thus bringing it squarely within the consumer's expectations). It's disappointing that more courts have not embraced this approach, and encouraging that one more has taken a step in that direction.