This is the second of a series of takes I will present on the old chestnut, Hamer v. Sidway.  The first take is here. 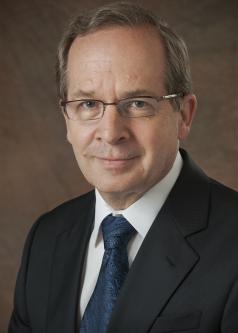 Douglas Baird (pictured) painstakingly reconstructed both the facts of Hamer and the reasons for its prominent role in contracts doctrine.  He does so in his contribution to Douglas Baird (ed), Contracts Stories -- An In-Depth Look at the Leading Contracts Cases (Foundation 2006).  It's a great read.  Baird displays his mastery not only of doctrine but also of the history of doctrinal development. He provides insights into the case that one cannot get from any other source that I've seen.

For my limited purposes here, I want to focus on two insights that one can draw from Baird's preliminary discussion of the case that push in opposing directions regarding the enforceability of the Uncle William's promise.  First, Baird provides evidence that the promise was serious when made and that the nephew (Willie) made heroic efforts to hold up his end of the bargain, going so far as to refuse medication while ill on the ground that it contained alcohol.  Second, Baird indicates that William's promise did not originate at the family celebration in 1869.  Rather, Baird argues, citing the record form the trial court, "Even when Willie was as young as eight or ten, the uncle frequently told Willie’s father and mother that he had $5,000 on deposit in the bank earmarked for Willie and he would have it when he came of age."  From this perspective, William's promise now looks like a condition added to a pre-existing gratuitous promise.

Baird's discussion is wide-ranging.  He  describes the process through which constructed doctrines, such as consideration and promissory estoppel, have come to seem like they correspond to some pre-determined way of ordering the world.  Reification of artifice leads to judicial opinions that turn on formal compliance with constructed rules rather than consideration of the substantive reasons why we enforce certain kinds of promises.  Speaking of promissory estoppel in non-commercial cases, Baird observes that in such cases,

The facts are likely to be hard to penetrate, and the way the judge constructs the story is especially likely to be wrong. Perhaps as important, the intricate social relationships outside the marketplace rarely reduce themselves easily to a framework in which the rights of A and B can be rigorously defined.

Baird's applies his description to Mills v. Whyman, but it also applies to Hamer v. Sidway, which encapsulates why I think courts should stay away from enforcing purported promises such as the one at issue in that case.

Baird then proceeds to offer two very different narrative accounts of Hamer, neither of which he offers as correct or authoritative.  His point, rather, is to illustrate that judges are ill-situated to impose authoritative narratives in non-commercial settings and are best advised to follow the Hippocratic Oath and avoid doing harm.

Confronted with Sidway's version, the Hamer delegation amended their complaint, alleging facts that likely suggested to Sidway that the family had engaged in a fraudulent conveyance to prevent cancellation of the debt and was engaging in elaborate fabrications.  William did not mention Willie in his will, apparently preferring to leave his estate to his nieces, who lived with him.  His failure to actually set up an account for Willie was neither unintentional nor a slight.  William likely thought he had already made good on his promise and was unwilling to throw good money after bad.

Baird concludes based on this version of the facts that we err if we place too much emphasis on the doctrine of bargained-for exchange and focus on the William's intent to make his promise legally enforceable.  That may serve as a response to Charles Calleros's question in the comments to yesterday's post, but I'm not sure.  The problem here may not be with the doctrine but with facts to which the court had uncertain access.  William's promise may well have been serious and enforceable, except that he had kept it twice and further performance had been excused through both bankruptcy and waiver.

Baird's second narrative explains a lot, but does not really change my view of what the outcome of the case should have been.  Baird theorizes that Willie assigned William's note to his mother-in-law in exchange for her undertaking to buy a house from William's estate for Willie's indigent father.  William had been allowing his brother to live in houses while fixing them up.  William died unexpectedly, without having provided for his brother.  Willie was not a dissolute rake but a responsible son trying to care for his 70-year-old, widowed father.  To me, that makes his conduct comprehensible, and perhaps laudable in part, but also rather desperate.  It is laudable in part because it is fitting that a son should look after his father, but he seems to be doing so through elaborate misrepresentations through omissions that have the ultimate goal of taking money for his father that seems to have been intended for his cousins.

Of course, we can't know.  Perhaps William would have wanted to provide for his brother as well.  But he didn't.  Baird concludes by reminding us "that the ultimate test for whether a promise should be legally enforceable should turn not on consideration or reasonable reliance but rather on whether enforcing that promise will make the society in which it operates a better place."  I don't think a court can determine whether the world is better off if William's estate is required to pay out in 1891 a debt allegedly incurred in 1869.

Given the tangled factual setting there is an additional reason for the executor Sidway to litigate this issue. If he pays Willie out of esttate assets and a court rules that the promise was unenforceable the executor may be personally surcharged for the impermissible payment.