More NDA Problems for the President 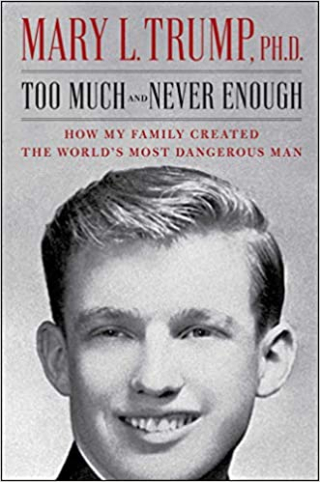 We commented here and here on the President's attempt to enforce non-disclosure agreements (NDAs) signed by John Bolton.  Long-time readers might also recall the President's attempt to enforce his non-disclosure agreement with Stormy Daniels, which we addressed here.  Now, the Trump family is asking a New York court to impose a prior restraint enjoining the publication of the President's niece's new book, Too Much and Never Enough: How My Family Created the World's Most Dangerous Man.  The book, which is due out on July 28th, is already the #1 top seller on Amazon.  The New York Times provides the background to the case here.

A New York Appeals Court has already lifted a temporary injunction against the book's publisher. This post focuses on Mary Trump's brief in opposition to the Robert Trump's motion for a preliminary injunction and temporary restraining order.  Specifically, we are interestted in Mary Trump's arguments that address the likelihood of plaintiff's success on the merits of his claim that Mary Trump, through publication, violates the terms of her NDA from 2001.

Mary Trump's arguments are a bit complicated and also overlapping, but I think they can be summarized as follows:

Those arguments will all be relevant to the Court's determination of whether Mary Trump has violated the NDA's terms.  If she has, it is still unlikely that the the remedy will be a prior restraint on the publication of the book, especially since the publisher is not bound by the NDA.