How Would John Rawls Design an Airline? 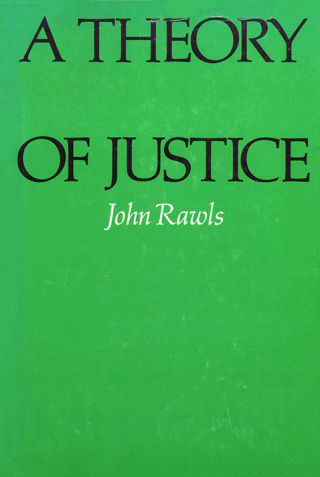 If you are flying on a U.S. commercial airline, you often have two options: the major carriers (US Air, American, United, Delta and their affiliates) or Southwest.  The two represent very different models.  The major carriers build their businesses by catering to the needs of business travelers, who fly frequently and whose employers usually pay for their flights.  These travelers seem to value their personal comfort and convenience very highly, because they are willing to pay extra for: leg room, a guaranteed seat, the ability to check a bag, early boarding, and the ability to put a carry-on in the overhead bins (really! United charges for this "privilege" if you buy the cheap seats).  Actually, the business travelers value personal comfort and convenience neither more nor less than economy passengers, but the business travelers aren't paying with their own money.

If you are the sort of customer to whom these airlines cater, you can expect great treatment.  You will find that the people who work for the airlines are attentive to your needs, and they will go the extra mile for you because they want to keep your business.  And most of your travel experiences will be pleasant.  You pay extra, so you don't have to wait in line, and you interact with the employees lucky enough to work with the happy, pampered customers rather than with the grouchy, put-upon infrequent flyers on whom the airline relies in bulk but not individually.

Southwest has a different model.  It treats all of its customers pretty much the same.  For a small fee, you can jump the line, but in most situations, it doesn't make that much difference.  If you don't pay the small fee, you will most likely still get an aisle or a window seat, perhaps at the back of the plane, but still.   Southwest flying is no-frills flying, but it is brisk and efficient; the crew is friendly and does not take itself too seriously.  Above all, they don't treat any of their customers like unwelcome interlopers.

Whose model works better?  Well, according to Wikipedia, US Air went bankrupt in 2002 and then again in 2004.  Delta absorbed two bankrupt airlines, Pan Am and Northeast, before declaring its own bankruptcy in 2005.  United entered bankruptcy in 2002 and emerged in 2006.  American waited until 2011 to file for bankruptcy.  They all would have gone bankrupt after 9/11 but for a $15 billion bailout from the federal government.  Southwest has never filed for bankruptcy.  If financial sustainability is the criterion, the major carriers do not get high marks.

My guess, is that you would design an airline a lot more like Southwest than like the major carriers.

As for me, I'm with Elaine, our goal should be a society without classes.