Guest Post by Chaumtoli Huq, Part I: The Decolonial Framework 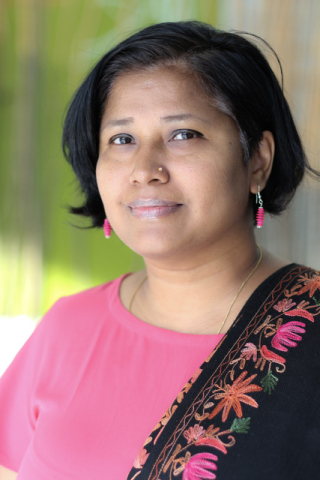 Contract law emerged as a distinct legal field in the United States towards the end of the nineteenth century with the introduction of the casebook method.  The field arose during as the U.S. colonized indigenous populations through Westward expansion and pursued overseas expansion in the Caribbean and the Phillipines. Further, it was a time while many countries including my own country of origin, Bangladesh, was under British colonialism. The doctrine developed against a backdrop of race, colonialism, and global capitalism.  As detailed in Anthony R. Chase’s piece Race, Culture and Contract Law: From the Cottonfield to the Courtroom Race played a key role in the development of contract law during slavery and into the present.  In his article, Chase urges law professors to adopt a race conscious pedagogy in their classroom.  He writes:

[M]y chief recommendation for enhancing legal education is that we attempt to incorporate into our curriculum those ideas of social relations that will allow us to construct and exercise no less rigorous standards of objectivity by taking into account the historical factors that have made our disciplinary discourse what it is now. (p. 65)

I wholeheartedly agree.  I would add that we must employ decolonial pedagogies in the teaching of contracts.  Decoloniality can be said to be a kinship legal theory to critical race theory originated by scholars from the global South. Like critical race theory, decoloniality seeks to untangle the production of knowledge from a primarily Eurocentric and white framework.  Decoloniality is at its heart a liberatory project to dismantle structures of oppression that subjugate communities.  It is invested in the production of counter-discourses to open up emancipatory potential for all. In this political moment, as social movements are demanding racial and other forms of justice to dismantle structures of oppression, it is imperative for us as legal educators to acknowledge how legal education supports white supremacy, neocolonialism, and other forms of oppressions.  We must develop critical pedagogies so our students gain a full and complete picture of the legal system and are equipped to make sense of the events unfolding around them.

In this and succeeding posts, I share some modest ways in which I have attempted to integrate race and decoloniality in my teaching.  In doing so, I have aspired to interrupt the normalization of the doctrine which enacts epistemic violence on students, especially students of color, through discourse and production of knowledge which invalidate their experiences.   Bringing diverse students into the classroom through inclusion, diversity and multiculturalism policies is not enough to get to the root causes of these phenomena and processes.  If I did not reveal how racism, colonialism, and capitalism were instrumental to the legitimacy of contracts doctrine, I would present this body of law as fixed truths that are beyond interrogation.  Even if one does not necessarily find decoloniality a useful critical framework, given legal education values analysis and critical thinking, students still need to develop a skill set that enables them to view foundational legal constructs critically.  Decoloniality, in addition to critical race theory, gives our students another framework to sharpen their analytic tools.

As a preliminary matter, I acknowledge that this pedagogical approach was also informed by my own over-lapping, intersectional social identities, and perhaps, in a more self-determined stance, an attempt to gain clarity regarding my role as a legal educator as I embody those identities.  I am a person of color, a Muslim, and an immigrant. I am foreign-born, and English was not the dominant language spoken in my home.  My own, still-living grandmother lived under British colonialism. Given that background, I face a distinct challenge as a new, first-year contracts instructor teaching English common law and presenting it as “The Law” without feeling I am complicit in my own subordination.   What does it mean to speak about the rationalism, objectivity, efficiency of the law when those ideas served the interests of colonialism, Islamophobia, racism, patriarchy?  Decoloniality provides a way to talk about neo-classical economic ideologies embedded in contract law in a more democratic fashion without privileging any one perspective.

In tomorrow’s post, I focus on the relationship between race and the doctrine of freedom to contract and also address the reasonable man standard.