Guest Post by Deborah Zalesne, The (In)Visibility of Race in Contracts: Thoughts for Teachers* 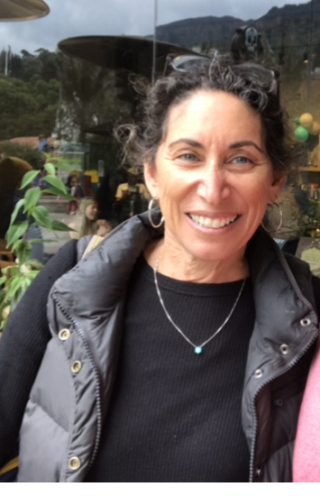 We stand at a critical moment—at a crossroads in our understanding of race in America.  As law teachers, we are not exempt from looking at our practices and finding better ways; indeed we are obligated to do so. While white students and professors may assume they are remaining neutral by not directly referring to race in their analysis of cases, this lack of perspective masks a classically liberal and white world view that is being challenged by movements now sweeping across the country.  How can we reframe our approach to teaching contract law so that we don't require non-white students to adopt and speak on behalf of a perspective that is not their own?

The best way to properly help students understand the effects of race and inequality on parties’ bargaining choices, and to question fundamental assumptions of contract doctrine, is to embed the critiques into the analytical structure and legal analysis of the doctrine we teach. Contract law provides a particularly rich and interesting backdrop for the analysis of racial assumptions, in part because of its racially-charged history and the ways in which the doctrine is inextricably linked to race, which gives rise to many opportunities throughout the course to incorporate critical perspectives into the analysis of the cases while teaching the core legal doctrine.

One way to incorporate discussions about the relevance of race in legal analysis is to ask students, as they read cases throughout the semester, to consider the theoretical perspective underlying the court’s reasoning, and whether consideration of a different theoretical perspective might have changed the outcome of the case. The traditional neoclassical economic theory that dominates contract doctrine embraces the idea of formal legal color blindness in assessing the validity of a contract, assuming that an individual’s race or ethnicity played no role in a contract’s formation, content, or enforcement.  By focusing on “efficiency” rather than “fairness,” the neoclassical perspective assumes a certain level of natural fairness and self-regulation, even amidst great disparities in wealth and bargaining power. But Anglo-American law was written by and for propertied white men and the rational economic actor has been theorized principally from a white male perspective. The law privileges this perspective, often ignoring competing perspectives that exist in the wider society. Unspoken assumptions are embedded in contract law and theory, which can conceal bias, stereotypes, and cultural preferences in a court’s final decision.  Discussion of these assumptions at the core of contract law provides a natural gateway for consideration of alternative perspectives, such as socioeconomic theory or critical legal theory.  These theories start from the premise that law is rife with bias and subjectivity, and recognize that a "neutral" free market system may tolerate certain pockets of discrimination that are in effect endorsed by the law in the name of freedom of contract.

Another approach to incorporating discussions of race and privilege is simply to ask students, at various points throughout the semester, if they made assumptions, consciously or not, about the race of the parties, and whether knowing the race of one or both parties would make a difference to the outcome of the case. Because of the presumption of race neutrality, judges often omit identifying or specific characteristics of the parties involved in a contractual dispute.  Details that very likely influenced the judge’s legal reasoning and analysis, such as the relationship between the parties, or the age, race, gender, or class of one or both of the parties, are conspicuously missing, leaving readers to hypothesize or fill in the gaps.  When judges omit race, the presumption is usually that all the parties are white. The result is the erasure of African-American parties in mainstream commercial contracts.

In many casebooks, people of color (as well as white women) tend to show up as parties primarily in the defenses cases, where they are often portrayed as victims of sharp business practices, in need of the protection of the court. In these cases, although race is generally still not mentioned explicitly, racial messages can be covertly conveyed through details given about a person. Thus, these case narratives become “raced,” meaning that a person’s actions, possessions, and views are used to implicitly convey what race they are. For example, Judge Wright’s opinion in Williams v. Walker Thomas refers to “appellant’s social worker” and Williams’s “obvious education or lack of it,” among other things. While Judge Wright does not mention race directly, his reasoning in applying the unconscionability doctrine encourages the reader to rely on race- and class-based stereotypes about the vulnerability of poor, single, African-American mothers who receive government aid. Indeed, as Professor Amy Ksteley points out, without decoding the court’s language to determine Williams’s race, and without then inferring the effects of racial discrimination in Washington D.C. in the 1960s, it would be difficult to justify a finding of unconscionability. Absent any discussion of systemic racism in Judge Wright’s opinion, it is possible to see the implication that it is ultimately Williams’s own shortcomings that necessitate the court’s protection.

Because of the presumption that the parties to typical commercial contracts are white, and because non-majority parties are most visible in unconscionability cases where their portrayal can be troubling, inclusion of discussions about race when covering unconscionability, but not when covering other topics, does little to ameliorate the problem of the invisibility of people of color as actors in the mainstream commercial marketplace. For these reasons, discussions about identity should be incorporated into the classroom even when such characteristics about the parties are not readily apparent in the case.

The consideration doctrine provides an easy opening for incorporating issues of race and privilege. As we teach our students, the doctrine of consideration presumes that parties know best how they value the goods and services they are bargaining for, and so courts will not consider the adequacy of an exchange. Again, the foundation of the doctrine of consideration is based on neo-classical economic assumptions that people act rationally and in their own best interest, and have access to perfect information.  However, studies show that these presumptions are not always correct.  In some industries, pricing in the United States tends to vary according to the race, class, and gender of the consumer, in addition to location or neighborhood.  Systems of disparate pricing can result from isolation from wider markets, traditional practice, or discrimination, among other things. Even if the parties in the consideration cases we teach are not people of color, we can highlight studies about price disparities in consumer, housing, and employment contracts, payday loan contracts, and other contracts with exploitive terms, as a way of explaining the contours and limits of the consideration doctrine. Ask the class why normal market mechanisms may not cure the problem of pricing disparities, whether the government has a role in mediating disputes of value, and to what extent the protections provided by the doctrine of unconscionability address and/or resolve these issues.

There are various other points in the semester where we can highlight race-neutral contract law doctrines that have disproportionately negative effects on people of color, even when these issues are not raised in the cases. When teaching offer, acceptance, and contract interpretation, among other things, teachers can highlight how the use of the objective test can conceal what some consider to be racist and sexist dimensions of contract law. A starting point for any of these discussions might be whether the contract law at issue has helped to perpetuate racial discrimination and the disempowerment of racial minorities or minimized it.

Contracts professors, who are not experts on critical race theory, might hesitate to raise such controversial and fraught issues. On top of that, white professors (myself included) might feel especially unqualified to discuss the experiences of people of color. Conversely, professors of color might worry that they will be seen as advancing their own agenda or taking the class off-topic, away from important doctrine. Nonetheless, we cannot rely on specialty or seminar courses to raise the difficult issues of race, ethnicity, gender, sex, disability–characteristics that mark people or communities as “other”–to make up for their absence in traditional first-year course materials. Indeed, doing so reinforces the message that such concerns are at best marginal and at worst irrelevant and a waste of time better spent on “black letter law.”

Law professors have a great deal of power because we are teaching students what to include and what to exclude in their analysis of the law. As teachers, we always have to make inherently political choices, and these choices often legitimize and reflect the social values and power of the dominant class.  In this powerful role, it is vital for us to increase visibility of people of color in contracting. We should encourage students to challenge ideas and the inherent political choices and influences within the law, rather than to accept information no matter how it is framed. It is important to do this--not simply as a politically correct exercise, but throughout our time together in the classroom.