What Should a Court Do in Response to Racist Contractual Threats? Wolf v. Marlton Corp.

This post is part of a series devoted to introducing critical perspectives, including critical race theory, into contracts and commercial-law teaching.  Links to other posts in the series can be found at the bottom of this post.

Thanks to César F. Rosado Marzán for sharing with the contracts listserv the facts of Wolf v. Marlton Corp. and for offering suggestions as to how to teach the case.  Wolf is a 1959 case.  I think that it is an especially challenging and thus perhaps useful teaching vehicle.  It presented questions of racial justice in 1959 to which the common law of contracts still may not provide good answers.

Rather than teach the case, I would use it as the basis of a hypothetical.  Imagine that a developer (Marlton) sells a house to a family, the Wolfs.  The Wolfs put down a 10% deposit but then want to back out.  In order to avoid losing their deposit, the Wolfs tell Marlton that they intend to flip their house.  Immediately after closing, they will sell the house to a registered sex offender.  The idea is that having a registered sex offender living in the house will decrease the value of the other homes in the development.  Marlton will back out of the deal, and the Wolfs recover their deposit.

But Marlton plays hard ball.  It sells the house to another buyer but refuses to return the Wolf's deposit, claiming that they attempted to use duress to back out of the contract.  In this hypothetical, we will assume that having a registered sex offender in the neighborhood has a negative impact on home values and that potential buyers would easily discover the presence of the sex offender.  With those givens, the hypo is a useful vehicle for teaching the doctrine of economic duress. The Wolf case adopts the First Restatement's definition of duress:

Acts or threats cannot constitute duress unless they are wrongful, even though they exert such pressure as to preclude the exercise of free judgment. But acts may be wrongful within the meaning of this rule though they are not criminal or tortious or in violation of a contractual duty. Just as acts contracted for may be against public policy and the contract vitiated for that reason, though the law imposes no penalty for doing them, so acts that involve abuse of legal remedies or that are wrongful in a moral sense, if made use of as a means of causing fear vitiate a transaction induced by that fear, though they may not in themselves be legal wrongs.

It could be valuable to introduce that standard and compare it to the Restatement 2d's definition of duress.   But that may take up more time than necessary.

At some point, students might raise the question of whether courts should recognize the Wolf's threatened sale to a registered sex offender as an improper threat.  It would be a nice opportunity to explore some non-contracts issues regarding criminal justice and rehabilitation.  Such a discussion can provide a segue to a discussion of the facts of the 1959 case. 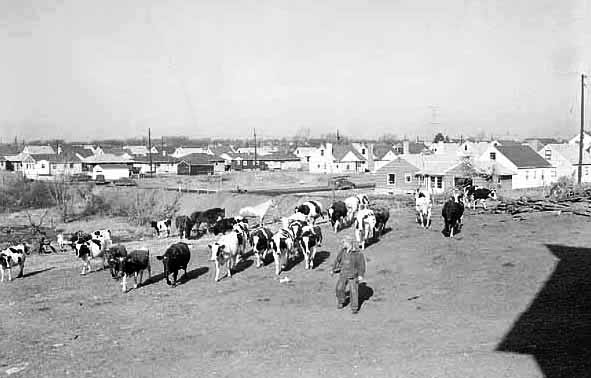 In the actual case, Marlton gave the following reason for refusing to return the deposit:

Buyers breached the agreement of sale by preventing its performance through threats to resell the house to an undesirable purchaser and to ruin defendants' building business if defendants carried out the contract.

Other threats followed, and there were negotiations, but we can keep the hypo simple by limiting the issue to the threat to sell to an "undesirable purchaser," which in 1959 probably meant a Black family.  The court was willing to accept Marlton's claim that the Wolfs had made an improper threat.

The sale of a development home to an "undesirable purchaser" is, of course, a perfectly legal act regardless of any adverse effect it may have on the fortunes of the developer's enterprise. But where a party for purely malicious and unconscionable motives threatens to resell such a home to a purchaser, specially selected because he would be undesirable, for the sole purpose of injuring the builder's business, fundamental fairness requires the conclusion that his conduct in making this threat be deemed "wrongful," as the term is used in the law of duress. In our judgment, wrongful pressure was brought to bear on the defendant; he was thereby compelled to forego the right to hold plaintiffs to the contract they voluntarily signed.

That feels right.  The Wolfs should not be permitted to weaponize racism.  It might be useful to discuss whether we think it matters whether the Wolfs are themselves racist or if they are just taking advantage of structural racism to get out of a contract.  But once we go there, it seems clear that Marlton is also operating against the background of structural racism, which the court then reifies by permitting Marlton's economic duress claim to succeed.  There seems to be no right answer.  We should not let the Wolfs weaponize racism, but thwarting their attempt means that the law protects the position that Black families are "undesirable purchasers."

Is it naive to think that the threat, perhaps more artfully disguised, would not be effective in 2020?