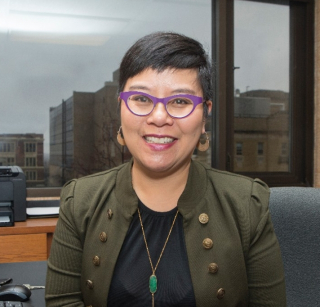 Last week, we put out a call for ideas about how to introduce critical perspectives into contracts law courses.  This is the first of what we hope will be a series of posts on the topic.  Here, we discuss an article by Emily Houh (left), Sketches of a Redemptive Theory of Contract Law, 66 Hastings L.J. 951 (2015).  Hat tip to Etienne Toussaint for the recommendation.

The article discusses two cases from the early-twentieth century in order to show "how contract law facilitates, internalizes, and resists changing social mores and movements." (952)  Professor Houh borrows her theory of "redemption" from this article by Sumi Cho.   As Professor Houh uses it, redemption is a double-edged sword.  On the one hand, contracts law avails itself of equitable principles to become "gentler and kinder" than it can be in the hands of more hard-edged formalist approaches, but that only draws marginalized groups into a system that remains "rigged" against them. (952). Contracts law is an engine of social change, but at the same time it legitimizes the socio-economic order even in times of social upheaval, exemplifying the process of preservation through transformation. (952-53)

In Part I, Professor Houh follows Morton Horowitz's narrative of the transformation of American law and explains how contracts law sloughed off its equitable baggage in the nineteenth century and replaced it with the will theory of contract.  Fairness of exchange gave way to freedom of contract (956), and this transformation in the common law understanding of contracts altered and also maintained the socioeconomic order.  But as Langdellian formalism gave way to the legal realism that was codified in part in the Uniform Commercial Code and the Restatement (2d) of Contracts, contracts law retained its dialectical nature, balancing certainty against fairness. (959)

In Part II, Professor Houh discusses two cases won by Black plaintiffs during the Jim Crow era, As she puts it, "Despite these ostensibly positive outcomes, more critical examination reveals how contract law, at a doctrinal level, can be used in service of both progressive and regressive social change, often simultaneously."  (960)

In the first case, Caldwell v. Insurance Co. of Virginia, a North Carolina jury found that an illiterate Black women, Dinah Caldwell, had been fraudulently induced into buying a life insurance policy.  In 1905, the Supreme Court of North Carolina affirmed the trial court's rescission of the contract and awarded Ms. Caldwell her money spent on premiums plus interest. (964). In so ruling, the court emphasized Ms. Caldwell's good character, calling her "one of the few remnants of a type of her race illustrating its highest virtues." (964).

In Bussell v. Bishop (1921), the Georgia Supreme Court granted relief to Mr. Bishop, a Black sharecropper, after the landowner, Mr. Bussell, had attempted, with accomplices, to kill Mr. Bishop or at least drive him from the land.  After Bishop escaped, despite having been beaten and twice shot in the head, Bussell still insisted that Bishop abandon the land.  The court granted Bishop the relief he sought, the appointment of white receiver to look after the crops and handle all accounts between him and Bussell. (965). The Court noted that Bishop was "old, one-armed, and suffering under the serious disability of the wounds caused by the shots and licks inflicted upon him by [Bussell] and his confederates." (965-66)

[The cases] are meaningful not only in terms of how they define and develop the equitable doctrines of fraudulent inducement/misrepresentation and equitable receivership as remedy for breach of contract, but also because the black plaintiffs, in asserting their contractual remedies, were asserting their rights to the protection of private contract law as equal citizens under the law during the rise of Jim Crow, rather than through still-developing civil rights law.

But the cases also offer themselves as outliers.  Ms. Caldwell was entitled to relief because she was no ordinary representative of her race; Mr. Bishop's case might have come out differently if he were young and able-bodied.  (967). Even as the courts offer equitable solutions to the socio-economically marginalized, it sets out guideposts to warn away other potential claimants.  The courts' discourse is circumscribed by the logic of white supremacy. (968)

Professor Houh's discussion of these cases presents challenges that one could explore in discussing Caldwell and Bishop with students.  On the one hand, one might think that private law is not the realm in which to best address social inequality.  On the other hand, as Professor Houh notes, it is striking that these cases are brought making equitable claims rather than seeking to vindicate statutory protections.  Plaintiffs clearly knew that statutory protections for Blacks were, by 1905, unenforceable in North Carolina and Georgia.

Should we be satisfied that the courts at least reached the right result?  Is there a way to re-write the opinions in ways that do not  perpetuate social marginalization?  Is this a job that courts can undertake in the absence of broader social change?

I intend to bring articles like this one to the attention of my 1-Ls, to show them, at least, what a critical view of contract law might look like. Some will want to carry it further.