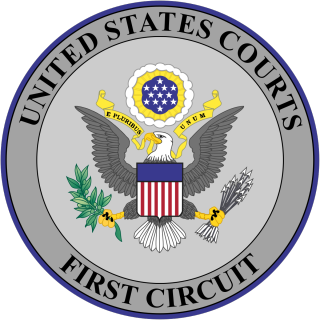 Russomano v. Novo Nordisk, which the First Circuit decided this week, is a cautionary tale.  When Novo Nordisk (NN) hired Thomas Russomano, the terms of his contract prohibited him from working for a competitor for one year after his employment with NN ended and prohibited him from disclosing confidential information.  NN briefly laid off Russomano on August 3, 2018, a Friday.  When NN rehired him in a new position the following Monday, he was not required to sign a new non-compete and confidentiality agreement.

When Russomano left the company in early 2020 to work for a competitor, he sought assurances that NN would not seek to enforce its non-compete and confidentiality agreement.  NN refused to grant such assurances.  Russomano sought a declaratory judgment in state court.

NN responded by removing the case to federal court, filing counterclaims, and bringing a third-party suit against Russomano's new employer, alleging tortious interference unfair competition, and misappropriation of trade secrets.  NN then brought a motion seeking a temporary restraining order and preliminary injunction to enforce its non-compete and confidentiality agreement.  NN claimed that Russomano was never laid off but merely transferred to a different position within the company.  The District Court denied the motion, finding that NN was unlikely to succeed on the merits, and the First Circuit affirmed.

The District Court's key finding, which the First Circuit upheld, as that NN unambiguously terminated Russomano's employment on August 3, 2018 and unambiguously made a new offer of employment to him on August 6, 2018.  Russomano's obligations under his non-compete and confidentially agreement accordingly terminated in August 2019.  Despite the lack of ambiguity in the relevant documents, the First Circuit checked its work against extrinsic evidence and found the extrinsic evidence consistent with the unambiguous documents. Russomano's employment was terminated.  He was then offered a new position under new terms and conditions which did not include the non-compete and confidentiality agreement.