When teaching my Civil Rights course, race is inevitably a central theme. But the role played by an ostensibly neutral set of  contract rules in producing racially disparate outcomes can escape the attention of students unless we intentionally bring that theme to the surface.

We sometimes highlight issues of race with cases that mention race not at all, by reading between the lines, performing some research about events surrounding the case, and even speculating on the race of a party whose race is not identified. We can confront issues of racial discrimination more directly and explicitly, however, by examining how civil rights legislation addresses a deficiency in the common law of mutual assent.

The common law is color blind on the surface, but it permits individual autonomy to discriminate: A party is free under common law to choose whether to extend an offer to another or to accept an offer from another, regardless of the party’s motivation, even if that motivation is invidiously discriminatory. Congress responded after the Civil War to one facet of this deficiency with the statute now codified in 42 U.S.C § 1981, which provides that “[a]ll persons . . . shall have the right to make and enforce contracts . . . as is enjoyed by White citizens.” After this and other Reconstruction Era statutes fell into disuse for a century, the Supreme Court revived section 1981 by holding that it did more than strike down state laws that discriminate, it also imposed liability for private acts of discrimination in contracting, in that case a private school’s refusal to enter into contracts with the parents of Black children at a time and place of White flight from integrated public schools. Runyon v. McCrary, 427 U.S. 160 (1976).

The text and legislative history of section 1981 raise many interesting questions, including the nature of the discriminatory classification intended by the comparison to “White citizens.” The Supreme Court later defined it any racial classification as understood in the Reconstruction era: relatively narrow lines of ethnic ancestry, but not national origin, religion, sex, or even the broad categories of race as typically defined in the twentieth century.

But the interface with contract law is most evident in the statutory language referring to equal rights to “make” a contract. That language usually is triggered when a defendant has discriminatorily rejected an offer because of the offeror’s race.

Patrons who are harassed or denied service when “shopping while Black” frequently run up against the preliminary hurdle of showing that they had tried to make a contract. If the patrons are so thoroughly harassed while browsing that they abandon their plans and leave in disgust before attempting to purchase a selected item, section 1981 does not come into play under most judicial decisions, which have been conservative on this issue. See, e.g., Gregory v. Dillard’s, Inc., 565 F.3d 464 (8th Cir. 2009) (citing to cases in other circuits; strong dissent), cert. denied, 558 U.S. 1025 (2009). . The Gregory majority suggests that the statute might apply to some discriminatory act of “thwarting” or “blocking” a “tangible attempt to contract,” short of rejecting an offer, but it’s not clear what such a case would be. Some state public accommodation statutes could apply, but the common law doesn’t help, especially because of its minimal regulation of preliminary negotiations. 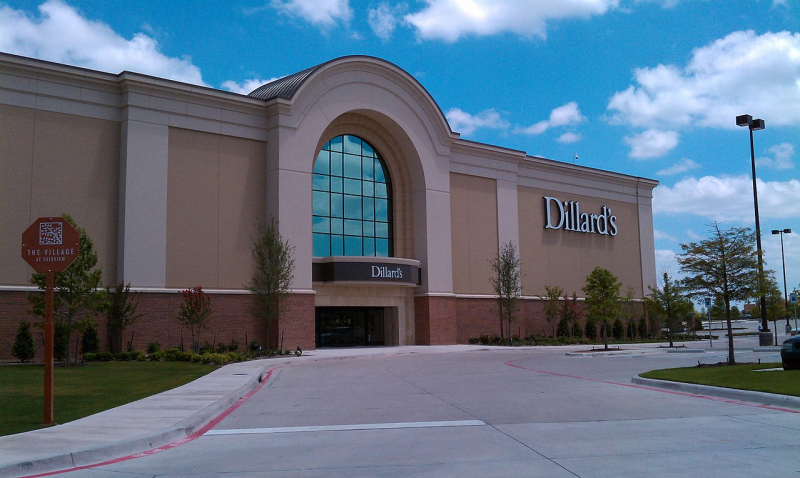 Gregory v. Dillard’s provides concrete descriptions of various shopping scenarios presented by the plaintiffs, which faculty could assign and then supplement with hypos, inviting students to analyze the point at which a shopper has made an offer that a shopkeeper could discriminatorily brush aside. Alternatively, because Gregory is a long opinion, faculty could simply use it as a guide in developing an exercise focusing on the text of section 1981 and the issue raised by harassment that cuts short attempts to purchase. Another section 1981 case is much shorter and is easily edited to make it even more concise, but it arises in a less interesting context: Keck v. Graham Hotel Systems, Inc., 566 F.3d 634 (6th Cir. 2009). It would be a good follow-up to Gregory or to an exercise based on Gregory.  (Email me if you would like to see my short edited version of Keck).

During our discussion of the conundrum presented in Gregory, we could ask whether a newspaper ad inviting shoppers to “stop by to see our Spring selections,” although not yet an offer to sell any item, might be an offer to permit any shopper to browse unmolested, which could be accepted by the act of entering the store to shop. Once such a contract is formed, section 1981 will protect shoppers from racial discrimination in its performance. 42 U.S.C. § 1981(b). But the very need to construct such arguments should advance an important lesson: students who have never experienced anything but polite and attentive service at department stores will have their eyes opened to one of the indignities frequently experienced by people of color in our society.