Robert Jones on Academic Reputation (per US News) 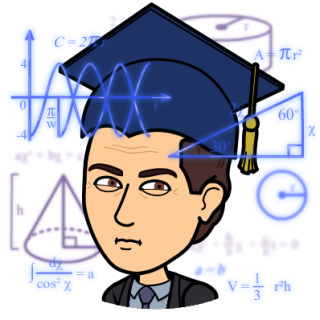 As you may have noticed, this blog is mostly but not entirely about contracts law.  Sometimes we wander slightly off topic and address legal education and the practice of law more generally.  This post is along those lines.

This past year, I taught three courses at the Northern Illinois University College of Law as an adjunct.  It was a great experience overall, but perhaps the best part of it was sharing an office with Wendy Vaughn, with the added bonus of an across-the-hall neighbor, Robert Jones (pictured, left).  The three of us attended NYU Law together, and it was great to be reunited at NIU.  Back when we were students, Robert and I taught constitutional law to high school students as part of a street-law program.  I hadn't had the course yet, so Robert was really my first con law professor.  I taught Con Law II at NIU, and Robert and I got to mix it up just like in the old days, except that we've both learned a thing or two in the interim.

When he's not teaching or helping students prepare for the bar (which is almost always),  Robert has been tracking U.S. News reputation reports for nearly ten years.  His most recent update is available on SSRN.  For those who want to dig deep, there are a lot of interesting nuggets in the update.  Here are some highlights:

The article does not address issues beyond what the statistics on reputation reveal, but I suspect that Robert has his opinions.  For example, what explains the rise in reputation scores in the few schools that have enjoyed such a boost?  For the schools that were acquired/merged with state schools, the answer is obvious.  Are the schools any better as a result of these moves?  Did their bar passage or employment rates improve?  Did their faculty members start publishing more or better scholarship (to the extent that such things are measurable)?  And how do we explain the reputational rise of the other success stories: Alabama, Georgia State, Howard, CUNY, Pepperdine?  Did these institutions change?  Did their marketing improve?  What of schools that really have improved in some measurable way.  Does reputation change when a school gets a $50 million gift and launches new programs?  How about if student outcomes improve?

Finally, perhaps this is too obvious for Robert to mention, but my hunch is that the reputation of law schools dipped as a result of a causal chain.  In the aftermath of the great recession, in part because jobs dried up.  As a result, there were legitimate reasons to think that legal education was not worth the sticker price.  At the same time, there was a flurry of journalism and some law suits alleging that law schools were engaged in predatory tactics -- admitting unqualified students to keep admissions numbers up.  The legal academics who fill out US News surveys ought to know that those issues do not relate to the qualities that academic reputation scores seek to measure.  If anything, the reputations of the top-tier schools ought to have been untouched, since they were relatively insulated from the downward pressure on admissions standards.  And yet, Robert's data suggests that the top schools struggled the most to retain or improve their reputations.  I can only conjecture that everyone's thought about the quality of legal education was diminished across the board during the downturn in legal education.  Legal academics came to harbor doubts about the value of their educational mission, not to the extent that the critics of "failing law schools" did, but just enough to depress reputation scores over all.