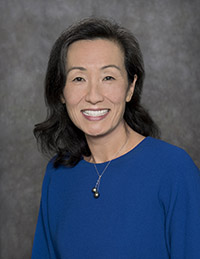 Nancy Kim, our Nancy Kim, has posted "Ideology, Coercion, and the Proposed Restatement of the Law of Consumer Contracts" on SSRN.  Her essay focuses on Sections 2 and 3 of the proposed Restatement (RLCC), which adopt the standard of notice and manifestation of assent and permit modifications under that standard.  According to Nancy, these provisions entail two significant shifts from what the case law establishes. First, the RLCC assumes a coherence and stability with respect to the law of electronic contracts that is without support in the case law.  Second, it ignores the different ways that courts have dealt with different categories of wrap contracts. As a result of these two moves, the RLCC ignores the purpose of a law of consumer contracts. By prioritizing efficiency over fairness, the RLCC dismisses the value of consent and sanctions coercive contracting.

Nancy begins by explaining why people are generally bound by contracts they sign under the so-called "duty to read."  She then notes that the duty to read makes less sense in the context of consumer contracts that are often contracts of adhesion.  Legislatures responded to the harsh terms in such contracts of adhesion by creating defenses, such as unconscionability, and by creating implied warranties in the Uniform Commercial Code.  In addition, courts will enforce the reasonable expectations of the consumer.  So, for example, if an insurance contract creates a reasonable expectation of coverage, courts will require the insurer to pay the claim.  In some jurisdictions, courts require that the contract terms be communicated to the consumer in a manner that is clear and understandable (the "reasonable communicativeness test").

According to Nancy, the two-pronged test adopted by the RLCC, reasonable notice and manifestation of assent, derives from Judge Easterbook's opinions in ProCD v. Zeidenberg  & Hill v. Gateway, the latter of which we have previously discussed (in passing) on the blog.  Those cases gave rise to the "rolling contract theory" in which a vendor can offer terms after the contract has been formed, which the consumer accepts by retaining and using the goods.  But Easterbrook's reasoning is not universally adopted, as the then-Judge Gorsuch noted, and as Klocek v. Gateway illustrates.

Determinations of reasonable notice and a manifestation of assent must be sensitive to the various forms of wrap contracts now in use.  Easterbrook was addressing shrink-wrap contracts, but there are now "click-wraps," involving clicking a box on a web-based form, and "browse-wraps," which involve links to terms and conditions that most consumers never open.  Courts have not adopted a uniform approach to determining what constitutes meaningful assent to contractual terms in these contexts.  Rather, the analysis tends to be context-specific.  In recent cases, courts have been more attuned to the different technologies of electronic contracting and have adjusted their standards for establishing consent accordingly.

In Nancy's view, the RLCC errs in adopting the rolling contract theory, which transforms the notice and manifestation standard into an "if/then safe-harbor rule."  Sanctioning such a standard, Nancy argues, "would impede the development of the common law in a particularly unhelpful manner."  Courts are working out ways to contextualize the questions of assent relevant to contract formation.  We need to give them time to arrive at consensus rather than force consensus through premature efforts at standardization.  The RLCC's § 3 goes farther still, construing rolling contracts so broadly as to eliminate the requirement of consideration in connection with contract modification. In the context of ubiquitous mandatory arbitration clauses and class action waivers, combined with form contracts, the RLCC's approach undermines the fundamental principle that contractual obligations are based on disclosure of terms and voluntary consent.